As World Leaders Meet for COP27, They Must Not Ignore Energy Poverty

For the first time in decades, the number of people without access to electricity is set to increase by 20 million people in 2022, reaching 775 million people .

The United Nations 2022 Climate conference – otherwise known as COP27 – in Egypt is expected to touch on this very issue, especially as Africa remains the least electrified region in the world. Concerningly, without a change in our current policies, 660 million people could continue to live without access to electricity in 2030, just 115 million less than today.

While many have urged policy makers to focus on the need to increase the use of renewable energy sources, the lack of access to electricity for millions simply cannot be overlooked.

The most affected by energy poverty are those in the developing world, particularly those in Sub-Saharan Africa and Asia where 90 million people who previously gained access to electricity can no longer afford to pay for their basic energy needs, setting Sub-Saharan Africa back to its 2013 peak amid skyrocketing energy prices.

Natural gas can play a key role in increasing access to electricity thanks to its transportability, affordability, and abundance. Currently, natural gas’s second biggest use globally is in residential applications such heating water and cooking food, and accounts for nearly a quarter of global electricity generation. 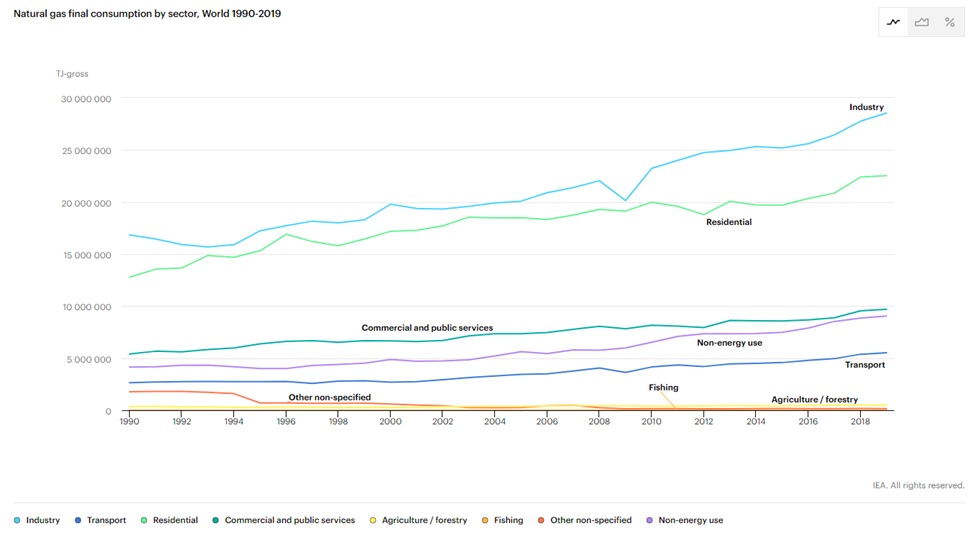 While Africa is estimated to contain approximately 13 percent of the world’s natural gas reserves, it accounts for less than 1 percent of natural gas consumption. Natural gas could help the continent meet its energy needs and address global energy poverty – nearly 77 percent of those lacking access to energy reside in Sub-Saharan Africa. And even if Africa was to utilize the entirety of its natural gas reserves, it would have a nominal impact on the continent’s emissions. The International Energy Agency found that in that case, Africa’s share of historical emissions would rise to just 3.5 percent, up from the current 3 percent.

Namibia's petroleum commissioner, Maggy Shino, said at Cop27: "There is a lot of oil and gas companies present at COP because Africa wants to send a message that we are going to develop all of our energy resources for the benefit of our people because our issue is energy poverty.”

If Africa’s natural gas industry is developed, the continent could even export 30 billion cubic meters to Europe by the end of the decade, helping to meet global energy needs and drive economic development of the continent. 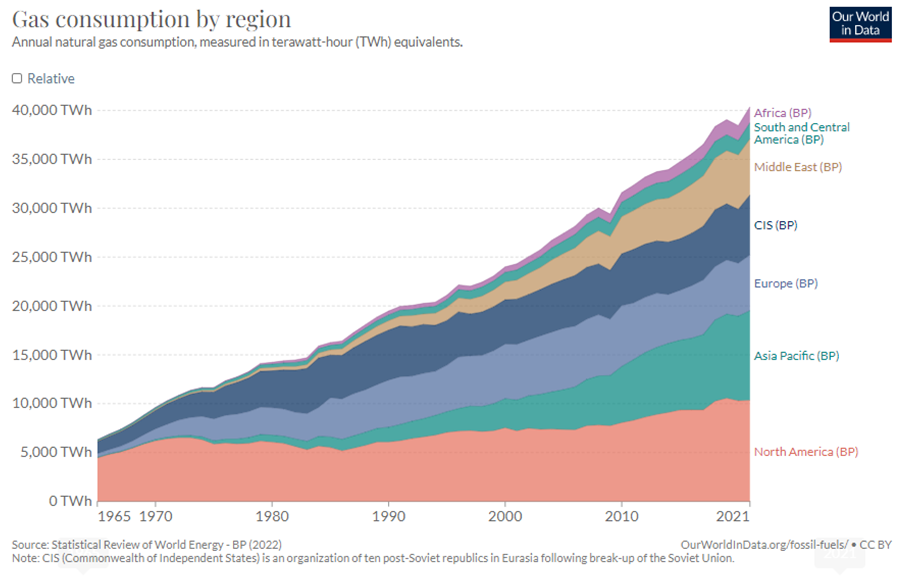 Source: Our World in Data

In the interim, as the largest exporter of LNG in the world, the United States can play a key role in helping to meet global energy needs and decreasing energy poverty. Ultimately, it is important that global policy makers understand that there is no pathway to net-zero without first achieving universal access and natural gas offers a widely accessible and flexible solution.