These measures would have a major impact on consumers by causing an increase in energy costs, disproportionately affecting middle-class families, and would divert resources from investments in new technology to lower emissions. Moreover, these measures would deeply affect Texas oil and natural gas producers, who account for 43% of the nation’s crude oil and 26% of its marketed natural gas production.

The letter comes on top of a letter from Texas House Democrats on September 13 raising concerns related to the House budget reconciliation package and provisions specifically targeting U.S. oil and natural gas companies. Texans for Natural Gas delved into the bill in this blog post.

Read the full letter below: 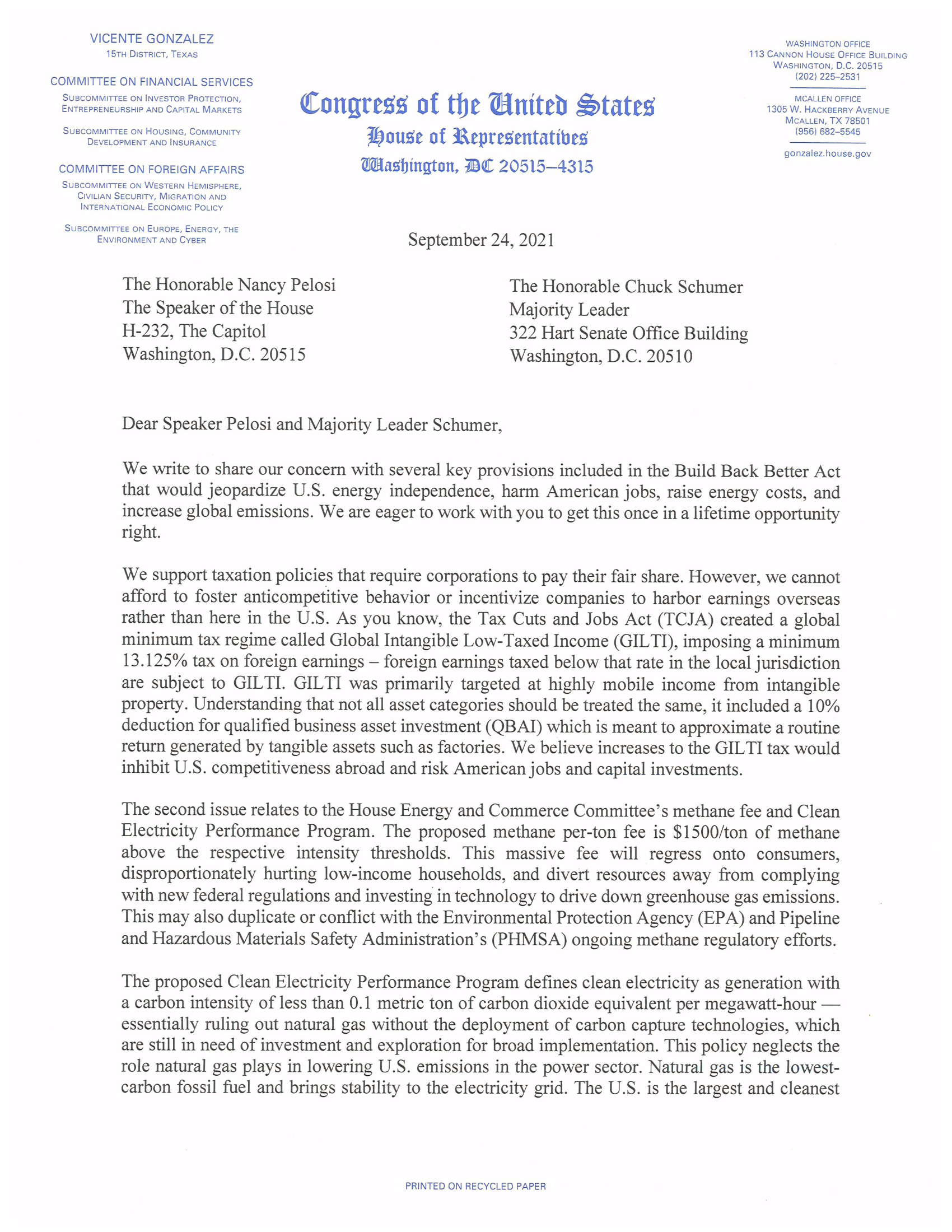