"If we look at the pipeline, it's pretty dry," says Katie Mehnert, dressed in a pink safety suit in the middle of a massive Shell refinery and chemical plant in Deer Park, Texas, outside Houston.

Mehnert is CEO of Pink Petro, a for-profit company funded by Shell and others in the energy industry to focus on recruiting women. The Petroleum Equipment and Services Association reports only 15 percent of the current oil and gas workforce is female, a number that drops in half when it comes to higher-paying technical jobs. 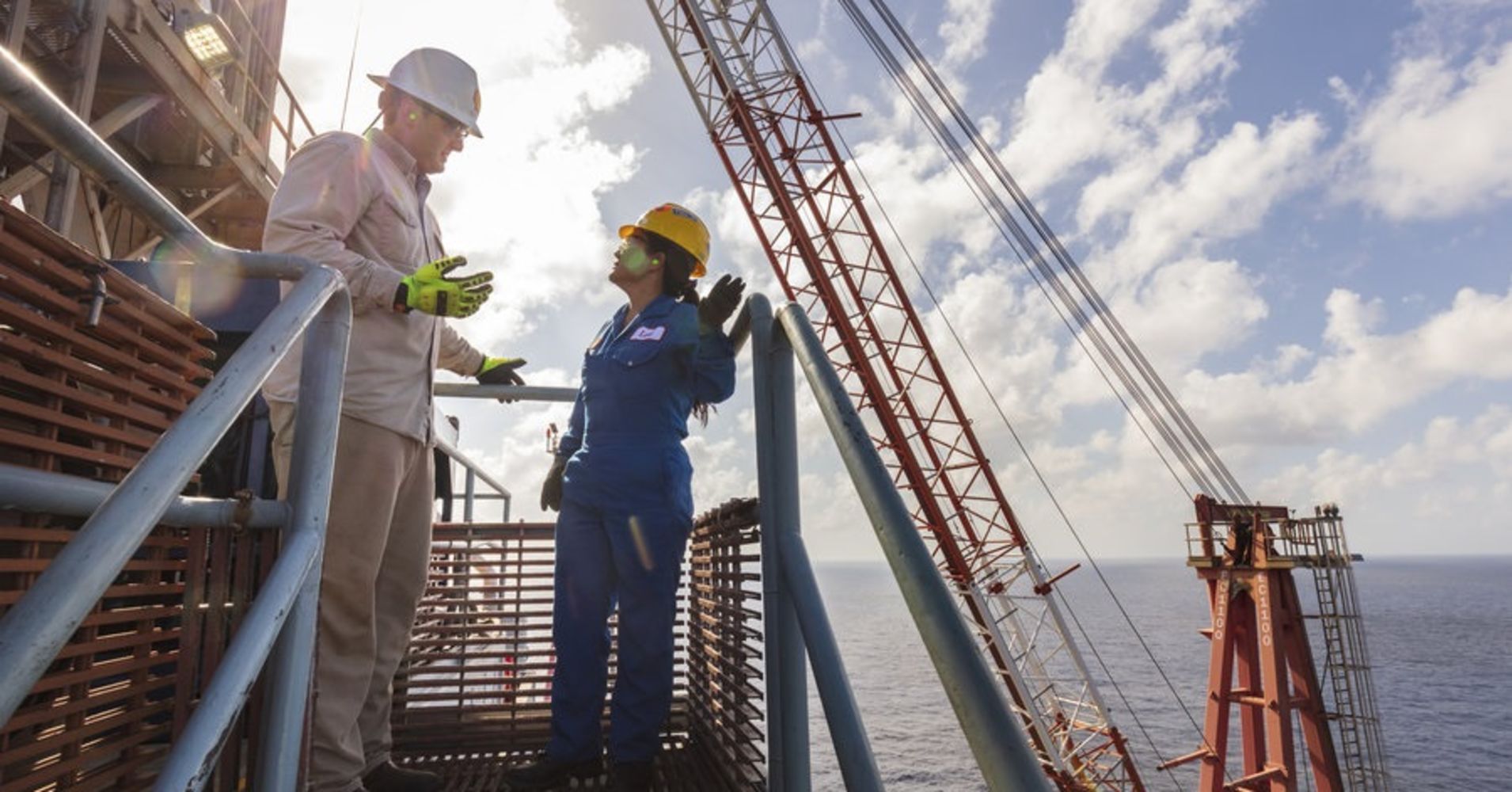 Mehnert created Pink Petro four years ago, after flying back to Houston. "I was sitting next to a gentleman," she says, "and he said to me, 'What's a pretty young lady like you doing in a dark, dangerous business like oil and gas?'"

She decided more women needed to be in this "dark" and "dangerous" — and well-paying, rewarding, challenging — industry critical to a functioning world.

Women like Christina Smith, a mother of three. Smith used to manage a Subway store, then she worked in a commercial dive shop before being laid off. She went back to school, where she heard about a scholarship program from Marathon and Shell. That paid for her education, and now she's a shift supervisor at the Shell plant in Deer Park. "My dad's exact words were, 'Kid, you hit the jackpot!" She laughs. "I'm 40 now, but I don't remember growing up somebody saying, 'Why don't you work at the plant?' or, 'You can be an engineer.'"

Mehnert is seeing some more progress at the executive and boardroom level. Vicki Hollub became the first woman to lead a U.S. oil company in 2016 when she took over as President and CEO of Occidental Petroleum.

Lori Fremin is a 26-year veteran of Shell who is currently General Manager for surface engineering for Deepwater Gulf of Mexico. Standing under five feet tall, she is often mistaken for someone who, well, isn't an engineer and a GM. 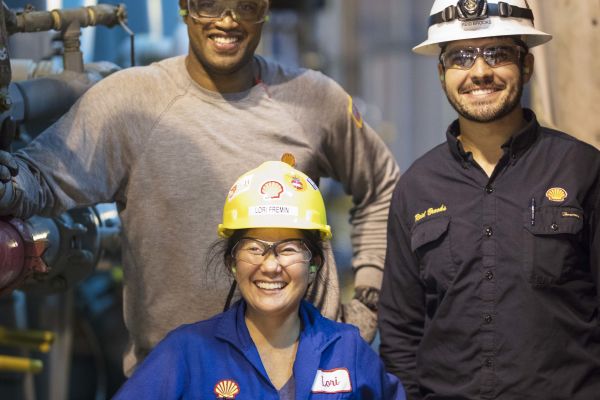 "I was just recently in an external meeting just this summer, and in this meeting, when I walked in the room, a person asked if I could put up their coat." Her reaction when this happens is usually to do nothing, "and in some cases I pick up the coat." She will then wait patiently as she is eventually introduced as a senior manager and engineer. "My belief is a lot of the challenges, upon reflection, were really around the challenges I placed on myself," she says. "I personally set the bar high for myself."

One problem with this hiring initiative: It's happening at a time when U.S. crude prices have fallen 25 percent in a year, the first decline and biggest drop since 2015.

Pink Petro's Mehnert says the industry has gotten better about riding the ups and downs and still hiring, a theory that may be tested in 2019. "We need to be long on talent and culture."

She says that there are two keys to a successful effort to hire women. First, it's just convincing women to apply at all. Mehnert intentionally picked the color pink — even though she doesn't really like it — to be eye-catching, to capture the attention of women and tell them the energy story. "It's a story that nobody really understands," she says. "I've flown the world, I've seen things I never would have seen."

The second issue is that once women are hired, advancement can be tough. "The biggest barrier women face in the industry is visibility and access to what opportunities exist."

That's one reason Fremin, the GM in the Gulf of Mexico, mentors other women. She believes her company has made a good faith effort to help all employees recognize their own biases. Smith agrees, saying she hasn't faced any discrimination or harassment. "I come in, I do my job, I work hard, I want to learn, I like to help people, and because of that I feel respected, I feel heard."

Plus, she laughs, "The pay is excellent."