The Keystone XL pipeline passed a major hurdle on Monday after Nebraska regulators approved the route for the project, which faced opposition from environmentalists and the Obama administration.

The approval is also something of a victory for President Donald Trump, who overturned his predecessor's decision on a pair of controversial pipelines in the opening days of his presidency.

The Nebraska Public Service Commission voted 3-to-2 to approve TransCanada's route for the nearly 1,200-mile pipeline. However, the future of the project is still subject to the outcome of a likely legal battle, and could yet be derailed by problematic economics in an age of low oil prices.

Groups that opposed the construction can appeal the commission's decision in state district court. It also remains to be seen whether the project is still commercially viable following three years of weak oil prices. 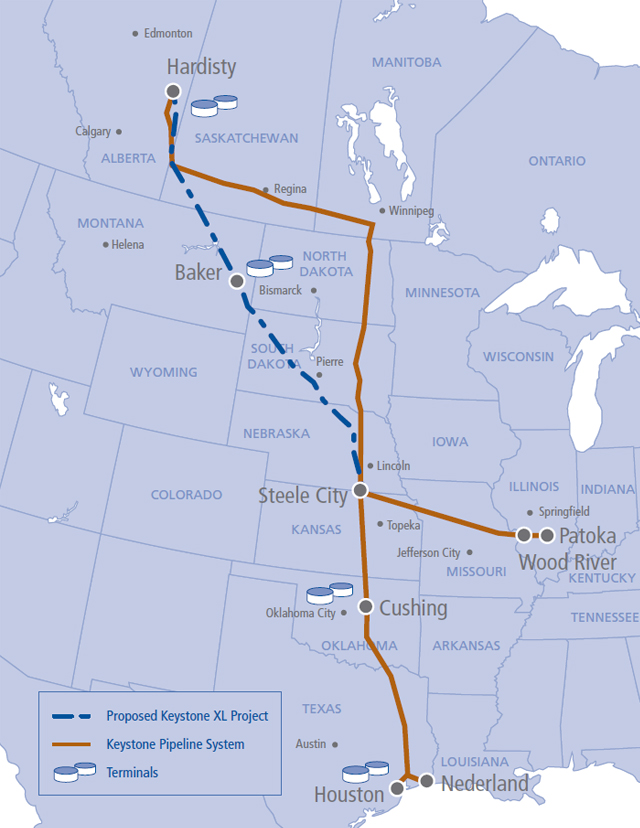 The Keystone XL would bring oil from Alberta, Canada, to Steele City, Nebraska, where it would connect to an existing Keystone pipeline system. Former President Barack Obama refused to approve the cross-border project, saying the environmental review was not adequate in light of its route through the Sandhills ecosystem in Nebraska.

Former Secretary of State John Kerry denied TransCanada a presidential permit in November 2015, saying the Keystone XL would not have a major impact on America's energy security, lower gas prices or contribute meaningfully to the economy. At the same time, the pipeline could impact local communities, water supplies and cultural heritage sites, and would facilitate the import into the United States of "a particularly dirty source of fuel," Kerry concluded.

TransCanada countered that the Keystone XL would create thousands of construction jobs and generate tens of millions of dollars in property taxes annually to counties along the proposed route.

Environmentalists oppose the project because it will encourage the development of Canada's oil sands, a type of oil resource that requires more energy to tap than conventional reserves. The Keystone XL has become a lightning rod in a movement to discourage oil production by blocking pipelines, the primary way of transporting it to market.

"Today the Nebraska PSC chose to stand with Trump, climate denial, and Big Oil. Good luck with that. Whatever happens now there is precisely zero chance that the global citizen, investor, and government momentum behind the Paris [climate agreement] goals and against the fossil fuel industry will be stopped," Stephen Kretzmann, executive director of Oil Change International, said in a statement.

Backers of the project say it will reduce U.S. reliance on oil from the Middle East and allow the country to fulfill its energy needs from one of its closest allies.

"Nebraska recognizes the Keystone XL pipeline is in the public interest bringing good paying jobs and more affordable energy for U.S. consumers," Andy Black, president and CEO of the Association of Oil Pipe Lines said in a statement.

The business case for moving Canadian crude to the United States through the line has dimmed somewhat since 2015, and TransCanada has reportedly had trouble lining up customers.

However, some analysts believe the project could still make sense.

If exports from Venezuela are disrupted, "people will wish they had built the Keystone XL pipeline because it really is Canada that can make up for some of that," said Yergin, vice chairman at IHS Markit.