Report: Texas Oil Output Grew by More Than All Other States, Gulf of Mexico Combined

Growing by an average of 300,000 barrels per day (b/d), Texas production averaged 3.5 million b/d last year. This increase was nearly four times greater than the next highest state, New Mexico. According to EIA:

“Texas crude oil production averaged 3.5 million b/d in 2017 and reached a record high monthly level of 3.95 million b/d in December 2017. Texas’s 2017 annual production increase of nearly 300,000 b/d—driven by significant growth within the Permian region—was more than all other states and the Federal Gulf of Mexico combined.” (emphasis added) 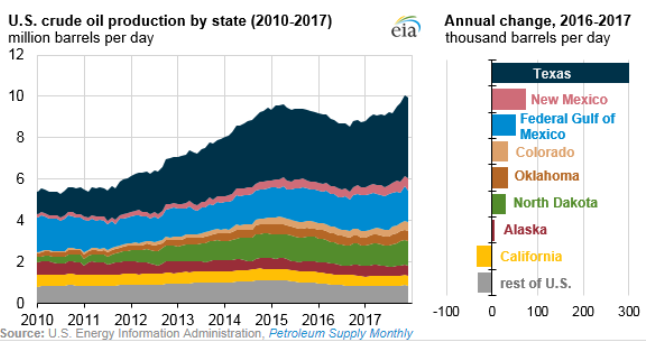 While Texas has long been known for oil production, technological advances in development, such as hydraulic fracturing and horizontal drilling, coupled with vast shale resources in the Permian Basin and Eagle Ford, have allowed state output to flourish over the past decade (as shown by the graph below). 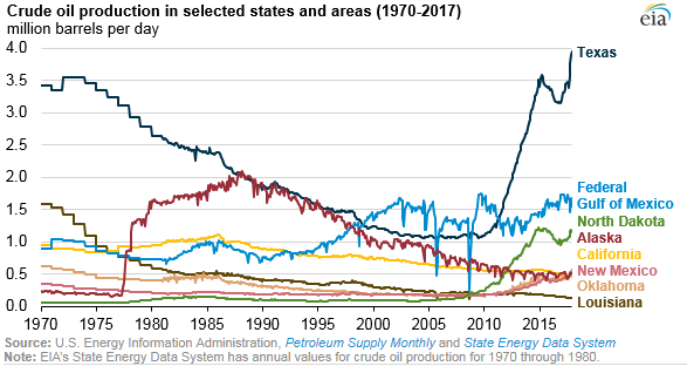 Such incredible production growth is expected to continue, as EIA estimates U.S. crude output to average a record 10.7 million b/d this year and 11.3 million b/d in 2019, aided by soaring production in Texas. In fact, the agency’s latest drilling productivity report estimates crude oil production from the Permian alone will increase by 80,000 b/d in April to 3.156 million b/d, up 362,000 b/d from January of this year. 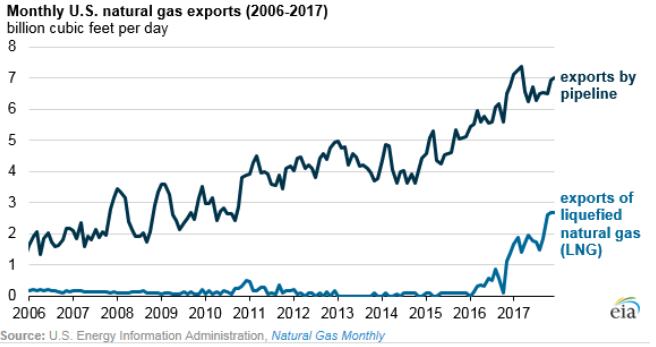