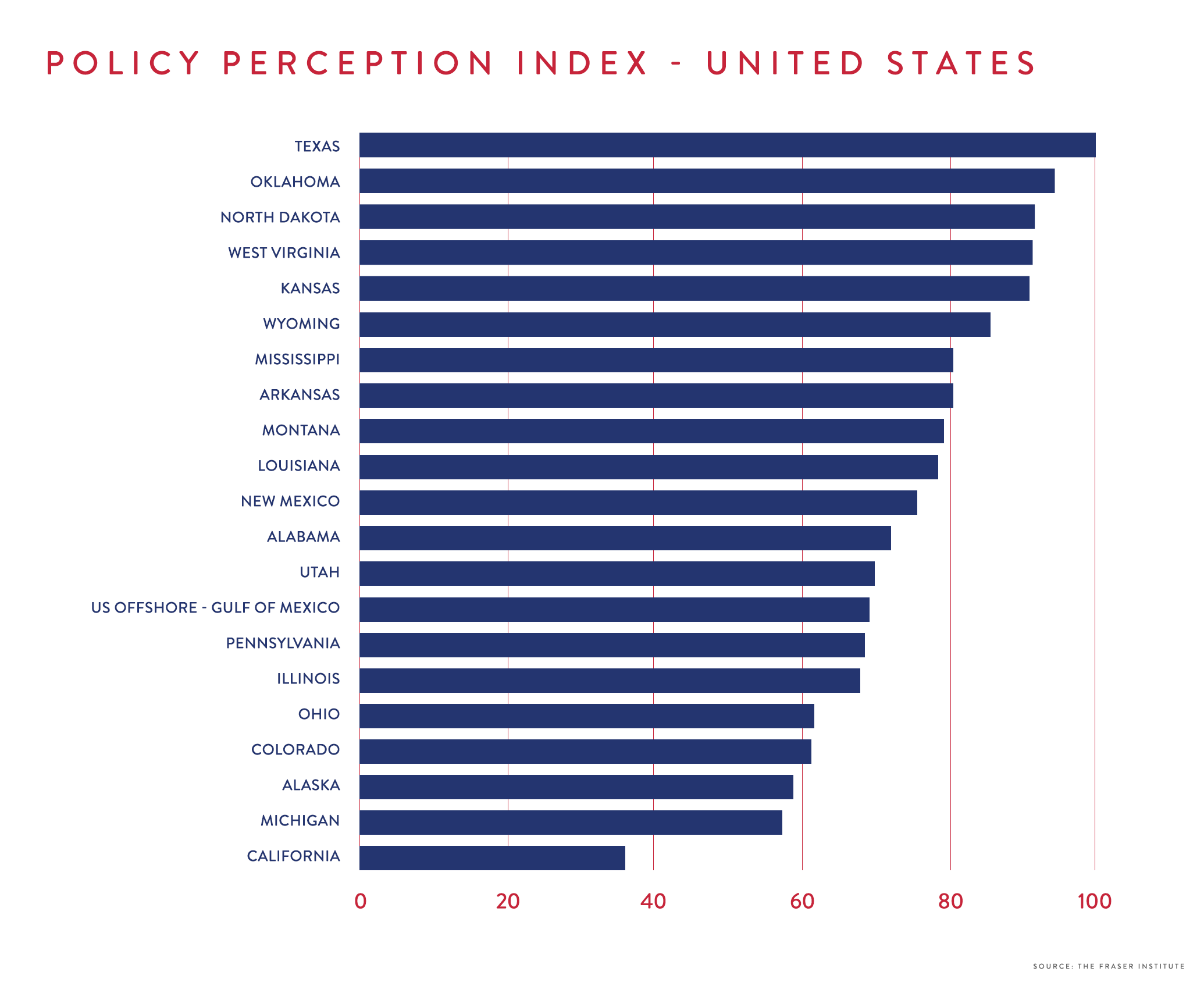 Rankings in the Fraser Institute’s survey are based on a Policy Perception Index rating, which takes into account a number of factors that could deter a company from investing in a specific jurisdiction. These factors include: high tax rates, costly regulations, uncertainty over environmental regulations, sentiment of the administration and ‘upstream’ development regulations, as well as political stability and safety concerns. Based on these factors, Texas was found to be the ideal place worldwide for oil and gas investment, ranking above other U.S. states such as Oklahoma and North Dakota, as well as entire OPEC nations. As the survey notes:

This is not the first time Texas has made the list of top jurisdictions for global oil and gas investment. In fact, Texas frequently places among the top ten regions globally in terms of attractiveness, coming in second in 2016 and 2015:

“Four of the jurisdictions—Oklahoma, Texas, Saskatchewan, and North Dakota—consistently rank in the top 10, having been there in the last six iterations of the survey.”

More impressive still, among the regions with the largest reserves, Texas is far and away to most attractive choice for investment. Ranking above countries such as the United Arab Emirates, Alberta, Kuwait, and Egypt; Texas’ Policy Perception Index score is an incredible 20 points ahead of the UAE, which ranks second at 80.91 points. 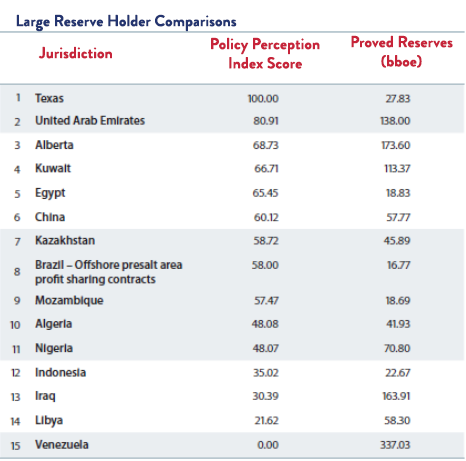 Texas is blessed with a wealth of natural resources and, thanks to continued support of oil and gas production from the state government, business community and the majority of Texans, the Lone Star State is rightfully being recognized as the world’s best place for oil and natural gas production.