The Lesser Prairie Chicken: How Oil & Gas Companies Are Working with Federal Agencies to Protect This Bird

From the plains to the Gulf Coast to the Hill Country, Texans understand the need to protect the natural wonders of the Lone Star State while supporting a prosperous economy. The collaboration between the oil and natural gas industry and our state highlights this beneficial relationship. While the industry produces the energy critical to our communities, economy, and energy security, oil and gas companies have always made the protection of the surrounding ecosystem a priority, safeguarding the animals and plants that make our state what it is today.

To ensure these animals continue to thrive for generations to come, the federal government has often sought to protect certain wildlife species as populations become threatened or endangered by working with stakeholders, like the oil and gas industry, as a critical partner to protecting their habitats. This includes the lesser prairie-chicken, a species of prairie grouse, that the U.S. Fish and Wildlife Service (FWS) has worked to conserve for more than two decades alongside the oil and gas industry. 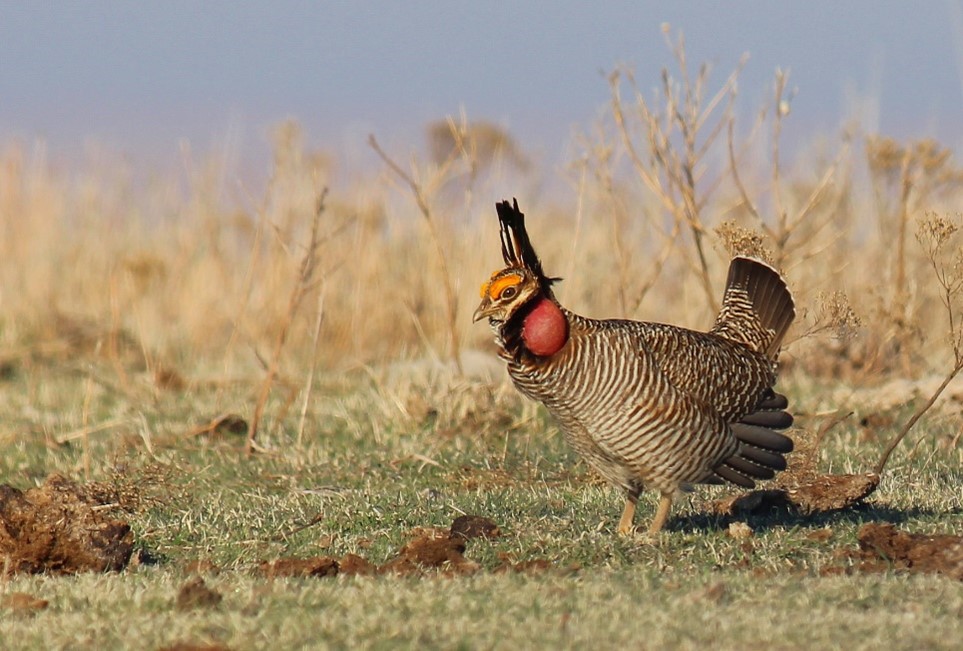 Last year, the FWS proposed listing two distinct population segments of the lesser prairie-chicken under the Endangered Species Act, one across the southwest Texas Panhandle and another in eastern New Mexico, in an effort to conserve the population.

The government worked with LPC Conservation LLC, a conservation bank “dedicated to the protection and conservation of the lesser prairie-chicken as part of a robust energy economy,” to create two habitat recovery plans, one tailored to the renewable energy sector in 2021 and one for the oil and gas industry this spring.

Last month, the FWS approved their habitat conservation plan, which enables the oil and gas industry to work with LPC to protect the lesser prairie-chicken while producing energy in the areas where it lives.

In practice, the plan allows companies to buy credits from LPC and requires them to undertake specific conservation actions around their operations to be exempted from future restrictions across the area, providing regulatory certainty if the species is listed under the Endangered Species Act. Ultimately, the money contributed to the habitat conservation plan by the oil and natural gas industry offsets any impact they may have on the species and creates a protected environment for the lesser-prairie chicken.

“Collaborations like this play a vital role in conserving imperiled species and their habitats while providing needed certainty to support development,” said Amy Lueders, southwest regional director of the FWS.

This habitat conservation plan demonstrates how the oil and gas industry is an important partner in protecting the environment and how companies can produce energy while protecting a species like the lesser-prairie chicken.

“There’s a long and rich history with the lesser prairie chicken and the oil and gas industry,” said Wayne Walker, CEO of LPC Conservation.

For example, XTO Energy, Apache Corporation and Marathon Oil Corporation, among others, have long supported the Endangered Species Act and worked together to bolster the Pecos Watershed Conservation Initiative, a partnership between the National Fish and Wildlife Foundation and oil and gas companies. The initiative invests in conserving the Trans-Pecos region of eastern New Mexico and West Texas to provide critical habitat for plants and animals.

Companies like XTO Energy, have also worked closely with Texas Parks and Wildlife to develop guidelines and goals, like the Texas Conservation Action Plan, for the research, restoration, management, and recovery of populations and habitats of the greatest conservation needs throughout the state.

As efforts to-date show, oil and gas companies in Texas are and will continue to sustainably develop energy while protecting the environment around their operations, but these actions are most effective when the federal government and public work with the energy industry to support species like the lesser-prairie chicken or dunes sagebrush lizard, another vulnerable population.

While this habitat conservation plan creates the stability required for the oil and gas industry today, past policy changes like rescinding the 2020 final rule that established a regulatory definition of “habitat” under the Endangered Species Act undermined the industry’s ability to produce energy responsibly while protecting the environment.

Having regulatory certainty will create a stable environment for the energy industry to grow while also creating a cohesive environment for energy producers, the federal government, and the public to work together to protect wildlife.