U.S. production has soared in recent years thanks to technological advances like hydraulic fracturing (fracking), which has allowed operators to access previously untapped reserves. Growing from only about seven percent of U.S. liquids production (crude oil and condensate) in 2008, development from shale and other tight formations accounted for about 54 percent of total U.S. production in 2017. 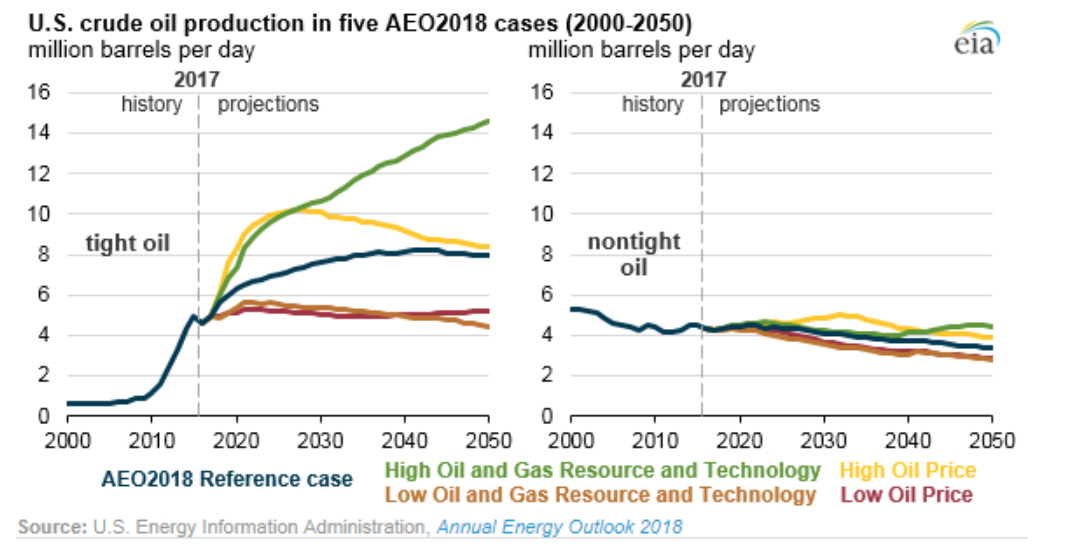 As shale development has driven U.S. oil production beyond 10 million b/d, the United States has now overtaken Saudi Arabia in terms of total production and is gaining on Russia as the world’s top oil producer.