Another Study Concludes Fracking Is Not Polluting Water 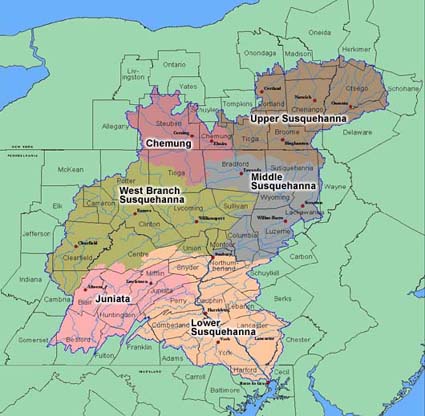 A new study from the Susquehanna River Basin Commission (SRBC) in Pennsylvania finds that fracking has not polluted water supplies.

As the researchers state:

“To date, the Commission’s monitoring programs have not detected discernible impacts on the quality of the Basin’s water resources as a result of natural gas development, but continued vigilance is warranted.”

The finding is the latest in a long line of scientific research showing that fracking does not pose a credible risk of contaminating water.

It’s even more impressive when you consider that 85 percent of the basin sits atop the Marcellus Shale, the largest shale gas producing field in the country, and thousands of wells have been hydraulically fractured in the Marcellus over the past several years. But there’s still no evidence of natural gas development impacting water quality, based on data from 59 monitoring stations across two states.

Recent studies from Syracuse University, Yale, and even the U.S. Environmental Protection Agency (EPA) have similarly confirmed no widespread water contamination from fracking. Notably, the SRBC put out a study last year that also found fracking was not impacting water quality.

The SRBC researchers also looked at water use from fracking (quantity, not just quality). While drilling critics often claim that fracking dries up local water supplies, the SRBC study suggests otherwise. As the researchers found:

“Generally, the quantity of the Basin’s water resources are sufficient in magnitude to accommodate the water demands of the industry concurrently with other water users currently operating within the Basin”

In other words: No, fracking is not using up all the water. Not even close.

Previous studies have reached the same conclusion. For example, a study from Duke University found fracking only uses a fraction of a percent of the total U.S. water consumption each year.

Overall, while activists deny science and argue that fracking pollutes water all over the place, this latest SRBC study (along with countless other scientific reports) confirms that fracking is safe.