The Northeast has been a focal point of this campaign. Food & Water Watch argued in 2013 that building natural gas pipelines in the Marcellus Shale region would “lock-in decades more of U.S. dependence on natural gas.” In 2014, Earthjustice warned that expanding natural gas infrastructure in New York would “lock the region into continued use of fossil fuels and hike electricity bills.” The Union of Concerned Scientists has called for “replacing gas- and coal-fired generation with renewables and efficiency,” because natural gas would “lock us into a high-carbon future.” 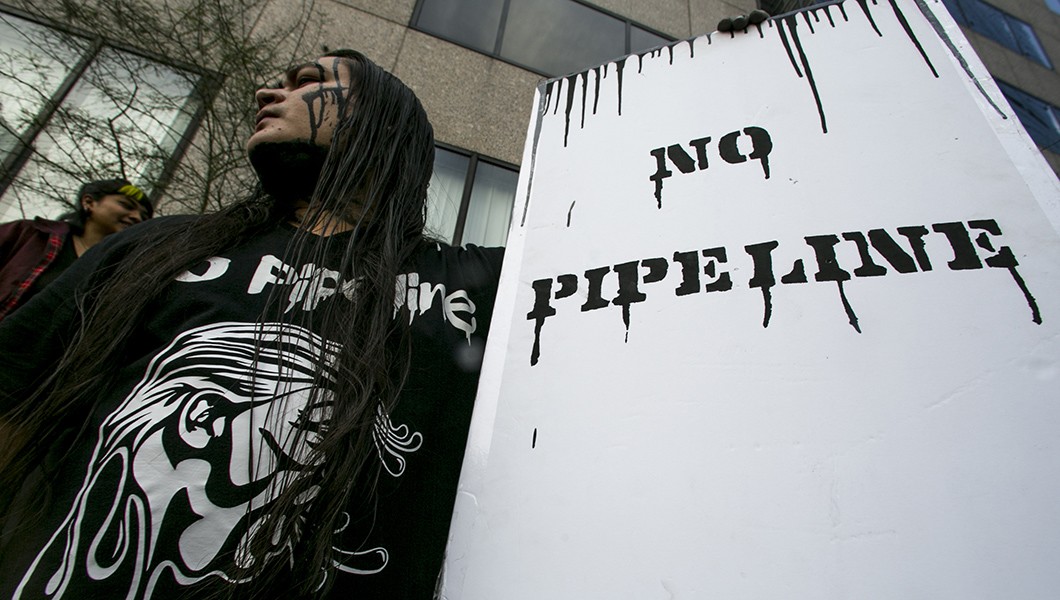 After a decade of pipeline opposition, the Northeast continues to use natural gas, but innocent residents have been forced to pay higher electricity bills to keep their families warm in the winter. (AP Photo/Damian Dovarganes)

The Sierra Club even said it was trying to “forestall gas infrastructure” because “the hope is that renewables will come in and be cost competitive in all markets.”

But the data show that this anti-pipeline experiment has been a costly failure.

The increased use of natural gas has led to an overall decline in power prices in New England, but a lack of adequate pipeline capacity forces families to pay abnormally high energy prices when they need it the most. Last month, when a cold front hit the region, power prices climbed to $129 per megawatt-hour, or MWh. By comparison, the average price for electricity generated by natural gas in New England had been less than $40 per MWh as recently as 2017.

Similar price spikes occurred during the many winter storms over the past few years. At one point last winter, natural gas prices in New England were the highest in the world.

But there is little evidence that these skyrocketing costs for families in the Northeast have spurred the kind of growth in new renewable technologies that pipeline opponents promised.

In 2000, renewables accounted for 5 percent of the total power system capacity in New England. In 2018, they still account for only 5 percent. In the interim, the natural gas share climbed from 18 percent to 45 percent. But the lack of pipelines has forced the use of other fuels; during last year’s polar vortex, power generators were forced to use oil and coal to keep the lights on due to natural gas pipeline constraints.

New York imposed a moratorium on fracking in 2008 and then officially banned the process in 2015. But since 2008, residential natural gas use in New York has increased by nearly 10 percent. Oil and natural gas comprise more than half of New York’s total installed power capacity, and there is already concern that a cold winter could drive up prices as a result of the state's reluctance to approve new energy infrastructure.

After a decade of pipeline opposition, the Northeast continues to use natural gas, but innocent residents have been forced to pay higher electricity bills to keep their families warm in the winter. Anti-pipeline fervor has also forced our own fellow citizens to import natural gas from Russia, even though the nearby Marcellus Shale is one of the world’s largest natural gas fields.

Of course, the Northeast is not the only region where anti-pipeline rhetoric conflicts with reality.

Opponents of the Keystone XL pipeline tried to build a “renewable energy barn” in the path of the pipeline. Ironically, the barn was powered by coal. The opposition also did not stop the oil, but merely forced it to be transported by other means. Since January 2011, Canadian crude oil imports by rail to the United States have increased by a whopping 8,100 percent.

In each case, pipeline opponents have tried to force investments in their preferred energy sources by preventing investments in oil and gas. While they have generated plenty of headlines, they have not stopped those fuels from getting to market, nor did their actions lead to a material increase in renewables. They were, however, successful in forcing Americans to pay more for their energy.

Several years ago, the Union of Concerned Scientists called natural gas infrastructure a “risky bet.” But if the past decade is any indication, trying to prevent energy from getting to market is the costlier option.

Steve Everley is spokesman for Texans for Natural Gas, a pro-drilling grassroots group with more than 250,000 members which is funded by three gas companies.