Chinese Natural Gas Demand Is Set to Skyrocket. That Is Great News for Texas.

China recently pledged to reach carbon neutrality by 2060, a gargantuan task for the Asian giant, which has witnessed both its energy demand and emissions skyrocket in the last two decades. Naturally, numerous questions have emerged, particularly around the role of natural gas in this transition.

As most decarbonization plans would imply, China’s decision to become more emission-conscious would trade traditional fossil fuels for alternative technologies, such as renewables. Yet, two facts contradict this general assumption, and reinforces natural gas’ prominent position within the Chinese energy matrix.

Given China’s limited natural gas reserves, the net energy importer has favored LNG over gas sourced by pipeline in recent years. And despite COVID-19 impacting global energy demand, Chinese LNG imports show a promising future for the US LNG market. According to the IEA’s Global Gas Security Review 2020:

Looking beyond 2020, the IEA 2020 Gas Report has been crystal clear on the role China will play in the recovery of energy markets worldwide post-COVID, led in fact by natural gas demand:

“When the dust settles after the 2020 coronavirus crisis, China will be in a strong position to return to a trajectory of rapid growth, adding more than 130 bcm/y of incremental gas demand between 2019 and 2025. This makes it the single largest contributor to global gas consumption growth in our forecast.”

And who better suited to supply China’s incremental gas demand than the United States. As the Agency quickly noted:

“The majority of incremental gas production comes from US shale and large conventional projects in the Middle East and the Russian Federation.”

In the medium term: one-third of China’s energy demand growth will be met by natural gas

On a ten-year horizon, the IEA also predicts a bright future for natural gas in China. According to the IEA’s staple report, the 2020 World Energy Outlook (WEO), global natural gas demand is expected to rise “to 14 percent above 2019 levels by 2030, with growth concentrated in Asia”.

And although it is true that renewables will play a significant role in China’s long-term energy portfolio to abate emissions and meet growing energy demand, according to the 2020 WEO, natural gas is not far behind. In fact, as observed in the graph below, non-renewable sources, including natural gas, oil and nuclear, represent the bulk energy growth in China, with natural gas representing a third of China’s total energy demand growth by 2030. 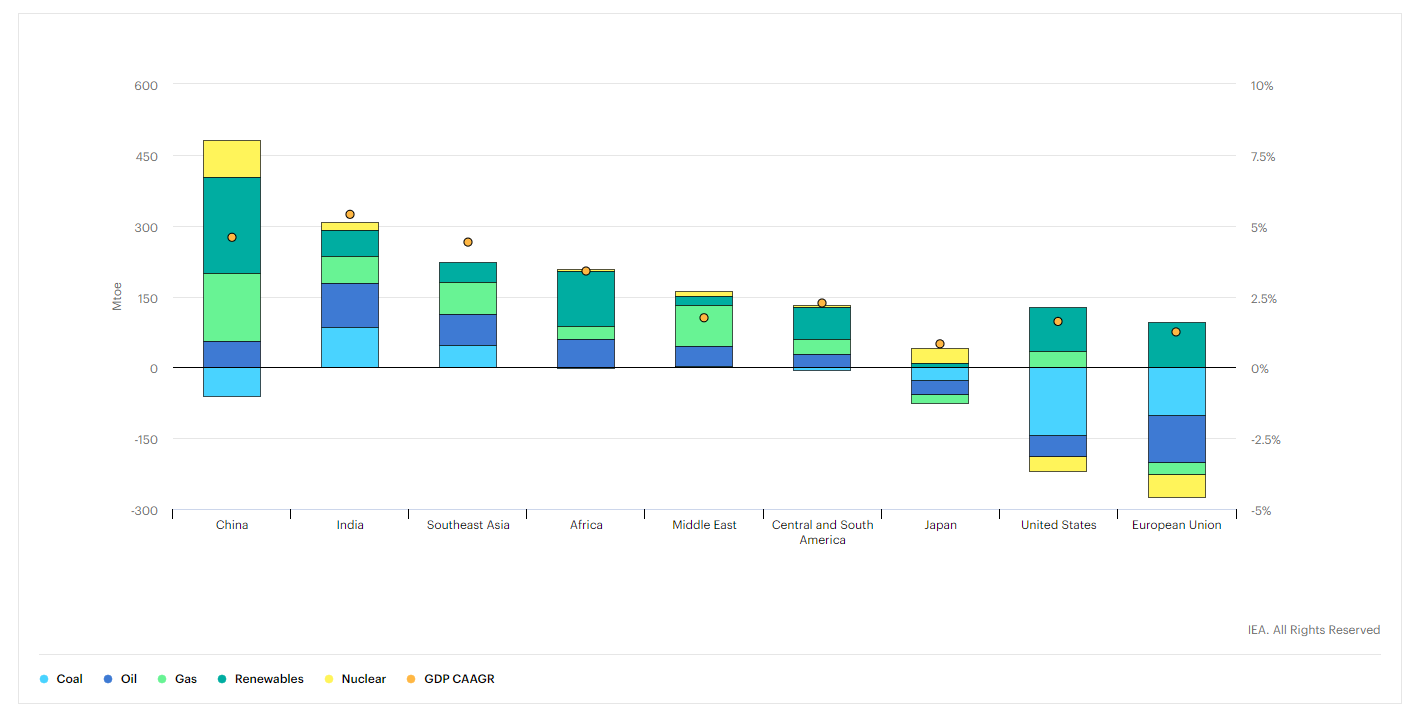 Moreover, as the IEA’s graph below shows, Chinese demand for natural gas will dominate all sectors, particularly industry, power and buildings: 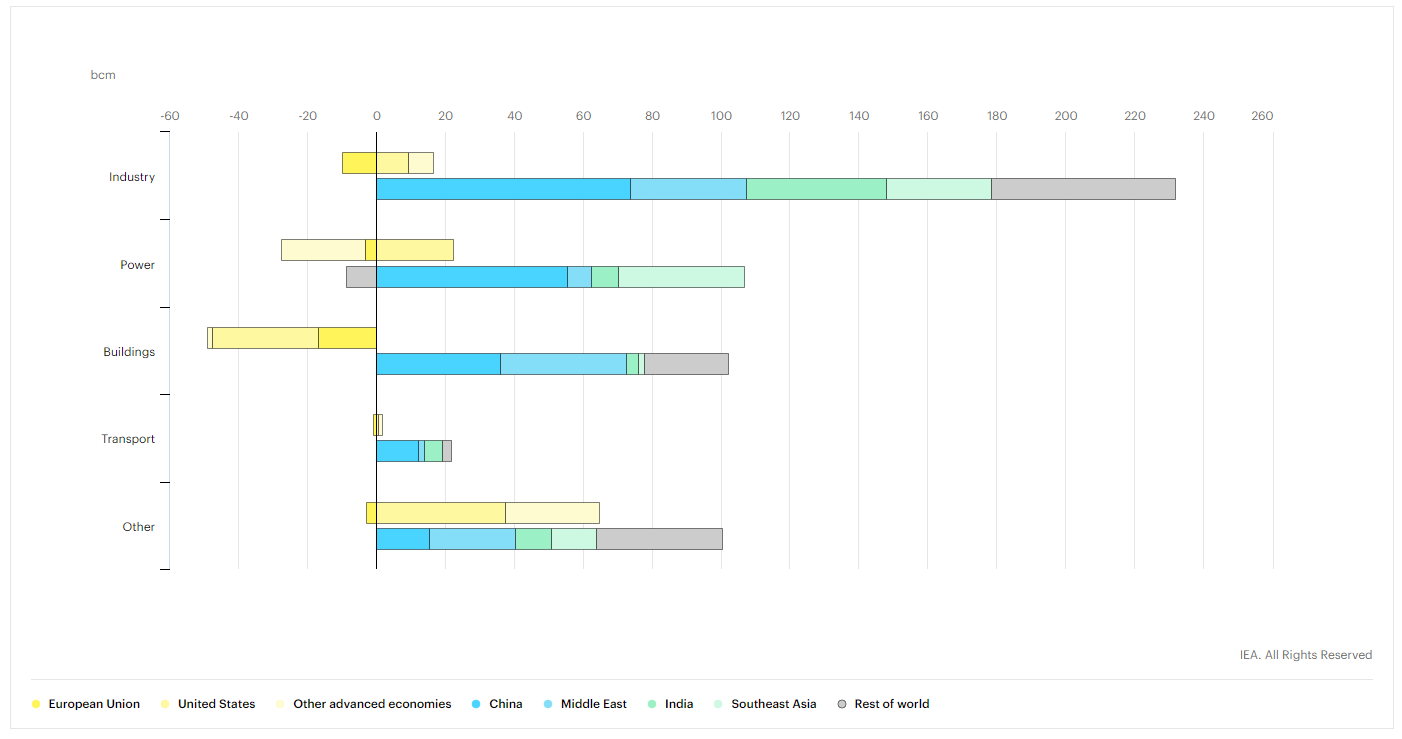 In fact, the IEO goes one step further and contends in one of its scenarios that if natural gas' low generation costs continue, the low-emission source will even dominate over renewables in China:

China’s decisions, especially on its energy and climate policies, are closer to home than we like to admit. Similar to the U.S. energy transition towards cleaner energy sources via natural gas, the Chinese carbon-neutral policy is expected to continue relying on gas in the foreseeable future. These outlooks and scenarios show a possible reality in which it is more and more evident how tightly connected both the U.S. and Chinese economies and energy markets are. For the U.S. – and Texas –  this represents a massive business, political and sustainability opportunity for U.S. natural gas producers in ensuring that the Asian giant buys U.S. sourced natural gas to satisfy its never-ending energy needs while lowering emissions.