Department of Energy Report: Oil & Gas Is Essential to Our Everyday Lives

Below are five key takeaways from the report.

1. Nearly 70% of energy consumed in the United States comes from oil and natural gas products.

The report writes: “Fossil fuels provide the lion’s share of the energy we consume, with oil and natural gas comprising the majority of that contribution.” 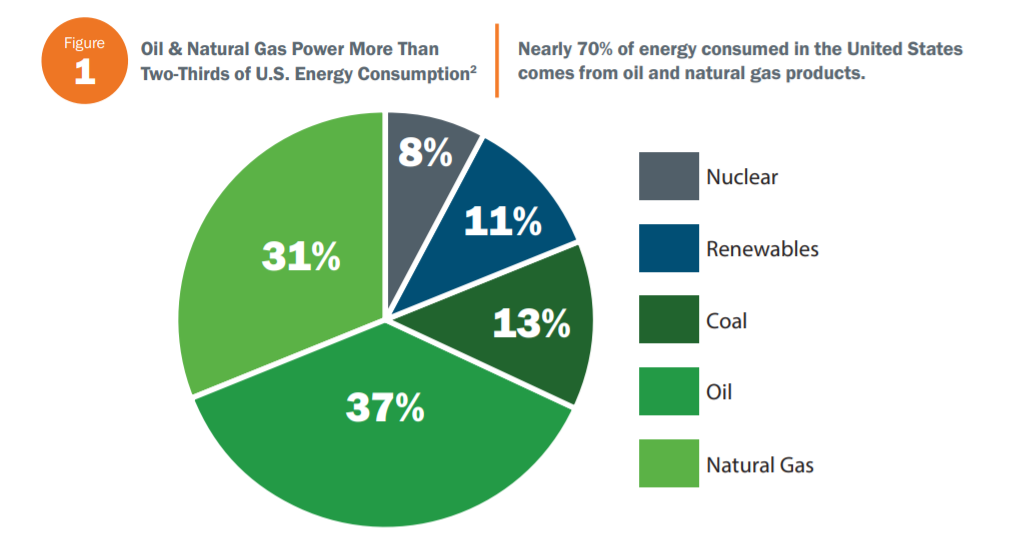 Beyond producing electricity, oil and natural gas are essential to used to make products that power our everyday lives. In healthcare, for example, plastics allow doctors and other healthcare professional to maintain a sanitary environment. Plastics are used in surgical gloves, masks and other equipment. The byproducts of oil and gas also are critical for other American industry cornerstones – including agriculture, construction and the automotive industry.

2. Innovation in energy – particularly in shale gas – has resulted in a drastic increase in U.S. energy production.

Horizontal drilling and hydraulic fracturing have led to a renaissance in domestic energy production. 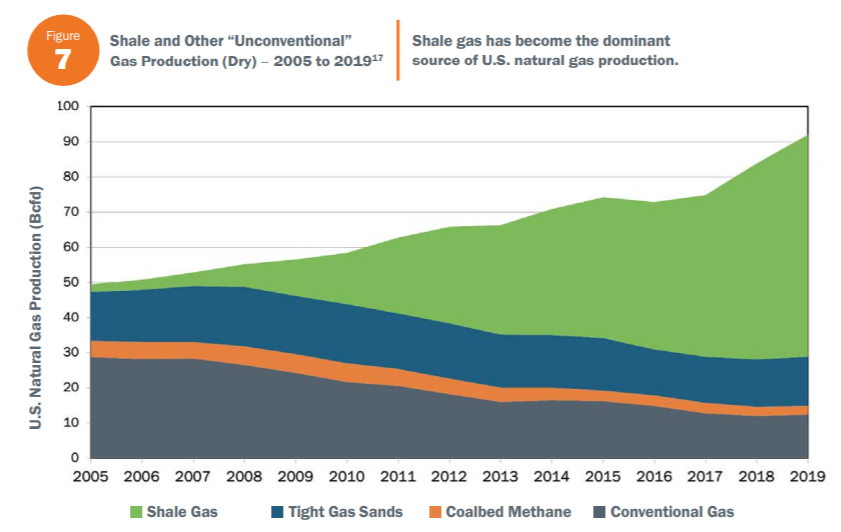 This innovation has also led to a decrease in the environmental footprint of energy production.

The report found that low oil and gas prices, on average, saved $2,500 per year for a family of four. In total, these savings are astronomical:

The economic benefits of oil and gas were also seen in the high wages from jobs in the industry. In 2019, the average direct job in the oil and natural gas extraction industry had an annual average wage of over six figures - $112,000 to be precise.

4. Continued production of affordable supplies of oil and natural gas is an essential element of future progress in our nation’s economic health and living standards.

Looking to the future, the U.S. energy mix will be more diverse. However, oil and natural gas will still play critical roles.

“The national economy is fundamentally dependent on energy at every level: to extract raw materials, grow food or manufacture products, move them to market, operate the systems needed to manage our commerce, and provide us with information that is vital to our lives, businesses, and democracy. Americans have a high energy demand: our robust economy and our energy use are inextricably linked.”

5. The U.S. is energy independent on a net energy basis, meaning we export more energy than we import, which translates to energy security.

Advancements in technology, private and government research, and ample natural resources created an environment in which the United States was able to become a global leader in oil and natural gas.