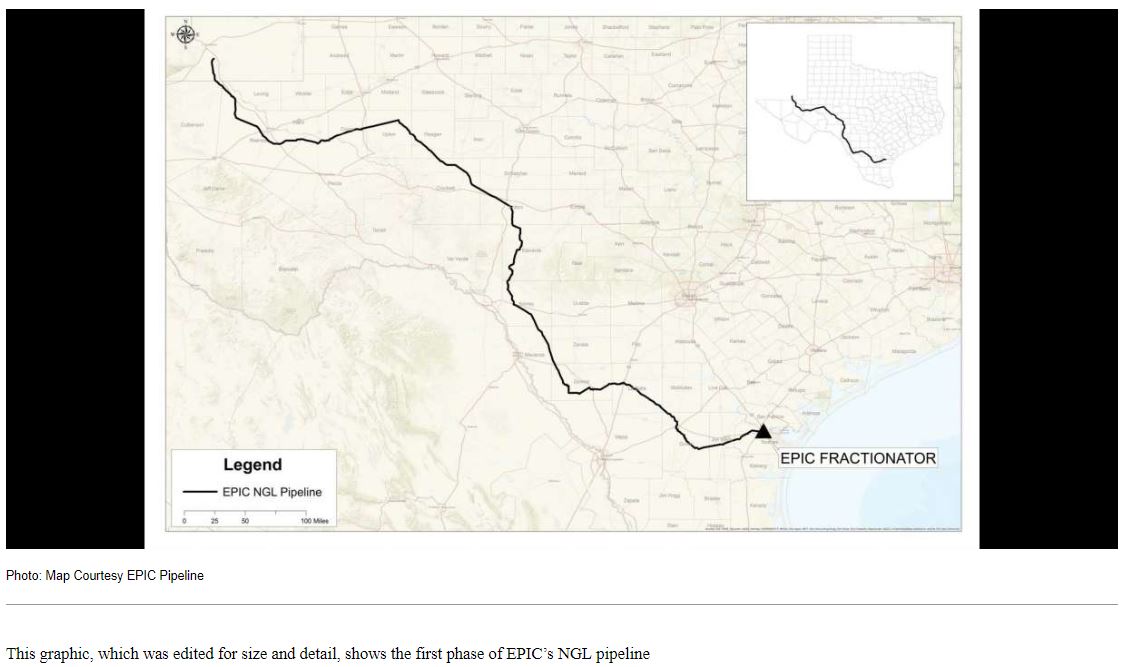 Demand is so strong, EPIC Midstream Holdings is already looking at upsizing its EPIC Crude Oil Pipeline from 26 inches to 30 inches to increase capacity. Company officials said a final decision on upsizing the line will be made after a second open season, which launched Wednesday concludes Aug. 31.

Officials said upsizing would allow the pipeline to handle between 675,000 to 825,000 barrels a day.

The newest shipper to sign on is Midland's Diamondback Energy, which will have 50,000 barrels per day of capacity on the line. Diamondback, through its subsidiary Rattler Midstream LLC, has also signed on as a strategic partner with the option of acquiring up to 5 percent equity in the pipeline.

"Diamondback's transportation on and equity option in the EPIC Crude Oil Pipeline are important steps as we make progress on our broader long-term takeaway strategy," Travis Stice, Diamondback's chief executive officer, said in a statement announcing the partnership. "Our agreements secure a firm solution for a majority of our Midland Basin barrels and we are excited to be aligned with some of the Permian's largest producers on this project."

The EPIC Crude Oil Pipeline, which will run side-by-side with the EPIC NGL Pipeline, will extend from Orla to the Port of Corpus Christi and includes terminals in Orla, Pecos, Saragosa, Crane, Wink, Midland, Helena and Gardendale, with Port of Corpus Christi connectivity and export access. It will service the Delaware, Midland and Eagle Ford basins. The crude system is expected to be in service in the fourth quarter of 2019. The two pipelines are backed by capital commitments from funds managed by the Private Equity Group of Ares Management LP.

Despite the flurry of pipeline projects to ferry Permian crude and natural gas to market, EPIC officials said there are no concerns about too much capacity being added to the region.

"There is a clear and long-term need for pipelines to handle the production in the Permian and the Eagle Ford," they said.