If The U.S. Oil Industry Is To Continue To Grow, Exports Must Grow With It 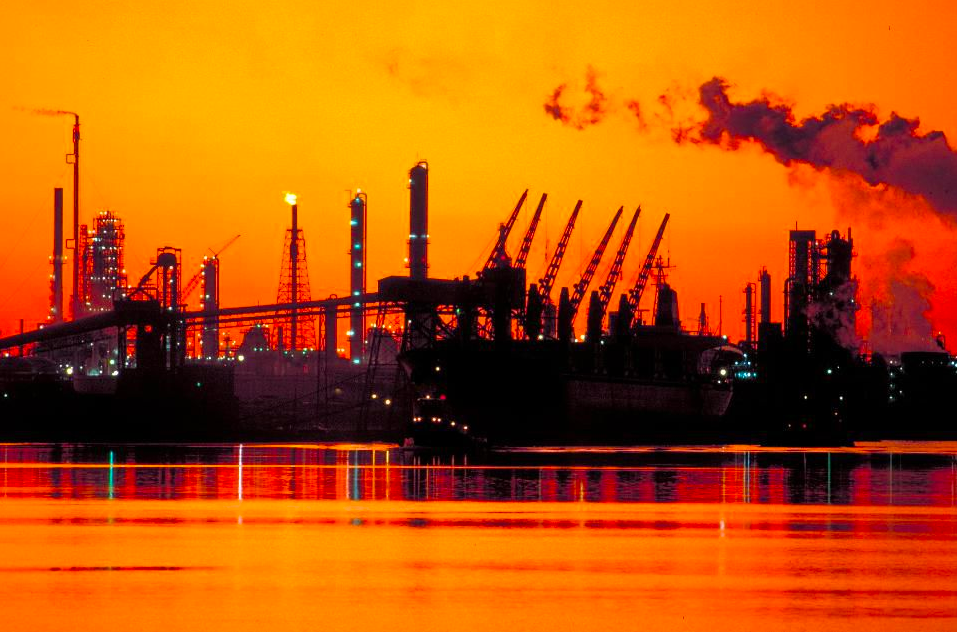 One of the most reliable ways to tell how things are going for the oil and gas industry in any state or region is to gauge the attendance at industry events held in the area. This was the fourth year for the State of Energy luncheon. The first time it was held, during the depths of the oil bust in 2015, just 200 interested folks were in attendance. Last year, as the price for crude had firmed up into the mid-$50 range, 350 showed up. On Wednesday, more than 500 people were there, filling the Solomon J. Ortiz Convention Center's main ballroom to capacity. Looking out over the crowd from the podium, where I participated in the panel discussion, it was hard to imagine how any more people would fit in the room, which could present a bit of a problem should the industry remain strong in 2019.

Given the event's South Texas focus, the major topics of discussion centered around the Eagle Ford Shale, the Permian Basin and the Port of Corpus Christi (PortCC). Dr. Thomas Tunstall, a professor of economics at the University of Texas at San Antonio (UTSA) who has published numerous studies on the economic impacts of the Eagle Ford Shale, discussed the fact that, while the Eagle Ford is not booming as it was during the 2010-14 time frame, it has moved into a more healthy status this year. The current rig count for the play is around 90, a far cry from the 270+ rigs that were active at times during the boom years, but far healthier and more sustainable than the 25 or so that were active during the depths of the recent bust.

The other panel members included Paul Sheppard, the Vice President for Halliburton's Southeast Region, and Jeff Dorrow, the Vice President for Commercial Operations at EPIC (EPIC:NO) Pipeline, which is in the process of constructing a new high-capacity line that would transport Permian Basin crude to PortCC. EPIC is also in the process of accepting firm capacity reservations for firm capacity on a planned second line. Dorrow discussed the challenges his company and the midstream sector faces from the Trump Administration's tariffs on imported steel, but noted that EPIC's projects would be minimally affected since the company's plans had always been to use mostly domestic steel for these lines.

Sheppard talked about Halliburton's very positive outlook for the ongoing health of both the Eagle Ford and Permian regions, and also discussed the ongoing challenges in the service sector in bringing in and training qualified workers. One of the most compelling factoids he threw out was the fact that, in his region alone, Halliburton has hired more than 2,400 new employees during the past 24 months. That was impressive to me, given that I spent most of my career in the industry at Burlington Resources, which, at the time it was merged with ConocoPhillips in 2006, was one of the three largest independent producers in the country. Burlington's total workforce at the time of that merger was right at 2,400 people. This was a company with a market cap of more than $40 billion.

The panel was preceded by Sean Strawbridge, the CEO of PortCC, who provided an update on the Port's rapid growth path, which includes hosting over half of the crude exports for the entire nation, and more than $50 billion in new capital investments by current and future tenants. "We are emerging from the shadow of Houston. It really speaks volumes to what's going on in the industry today, the oil and gas industry, and we here at the Port of Corpus Christi are on the apex of that," Strawbridge said, and that's not an overstatement

New Congressman Michael Cloud (R-Victoria), who was recently elected to fill the 27th congressional district seat left vacant by the resignation of Blake Farenthold, followed Strawbridge and made it very clear that securing the funding for the Army Corps of Engineers to deepen and widen the Port's main channel is at the top of his list of priorities. That was good to hear, given the frustrations, PortCC has had in convincing Texas's ordinarily strong congressional delegation to aggressively pursue these funds, a topic I detailed in July.

As stable and positive as the outlook for the Texas and national oil and gas industry has become in 2018, the importance of keeping PortCC on a growth trajectory really can't be overstated. As I told the audience on Wednesday, it is the main key to the industry's continuing growth. The fact is that the oil coming out of these massive shale formations is light, sweet crude, and our nation's refineries are currently pretty much at full capacity for refining this grade of crude. This reality means that every incremental barrel of shale oil produced above current levels is going to have to be exported , because it won't be able to find a refining home in the United States.

Thus, if domestic production is to continue to grow as so many experts - including those at the U.S. Energy Information Agency - project, U.S. crude exports will have to grow along with it. Corpus Christi's close proximity to the Eagle Ford and Permian Basin means that PortCC will remain the country's key facilitator of that growth.

The Port itself has, for the first time in its more than 100-year history, decided to take on debt in order to fund 2/3rds of the $327 million dredging project. Hopefully, Congressman Cloud will be able to help convince his colleagues to finally come through with the remainder of the funding. It's a tough job, but somebody really needs to do it.