Texas is home to an astounding 483,571 miles of pipelines, the vast majority of which pass underground and are unseen by Texans. Many are natural gas pipelines, facilitating the distribution, transmission, and gathering of natural gas to heat homes and businesses and to power energy plants and factories, among many other uses. These pipelines are vital to Texas’s energy system and economy.

The Transcontinental – or Transco as it is more often called – pipeline system is the largest natural gas system in the United States. It starts right here in Texas, and has been safely and reliably delivering natural gas through a 10,000-mile interstate transmission pipeline system stretching from south Texas to New York City since 1950.

The Transco system transports approximately 15% of the nation’s natural gas through 13 states, connecting to distribution companies to provide natural gas to homes and businesses for heating and cooking as well as commercial, industrial, and energy facilities. It has enough capacity to fulfill the natural gas needs of 85.6 million American households. 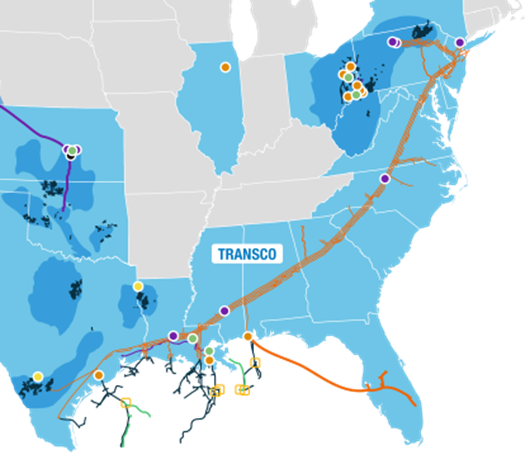 The Texas Intrastate system is one of the largest intrastate systems in Texas, with a total of 8,324 miles of pipelines gathering natural gas from basins in Texas such as the Permian Basin and the Eagle Ford Shale for distribution within the state to electric utility companies and industrial, municipal, and private customers. Its key markets include Corpus Christi, San Antonio, Austin, Beaumont, Orange, and Houston.

Providing storage and transportation services, the pipeline has a total capacity of 7.3 bcf/d and a usable storage capacity of 12.9 bcf. A 2009 extension connected the pipeline to the Barnett Shale with access to consumers in the North and Southeast part of the United States. 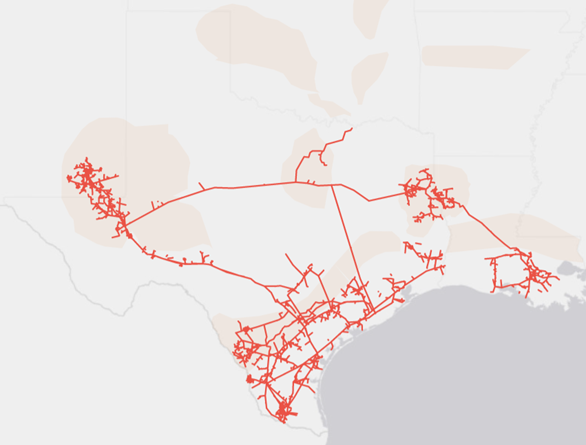 The HIOS system, originally constructed in the 1970s, was the first pipeline to take advantage of newly discovered gas reserves in Texan waters, bringing natural gas from the Gulf of Mexico to the state’s onshore markets.

It is currently being repurposed to bring natural gas from the Gulf of Mexico to the first U.S. offshore LNG project, the Delfin LNG deepwater port. The port has the potential to support up to four floating LNG (FLNG) vessels, each producing 13 million tonnes of LNG per year. 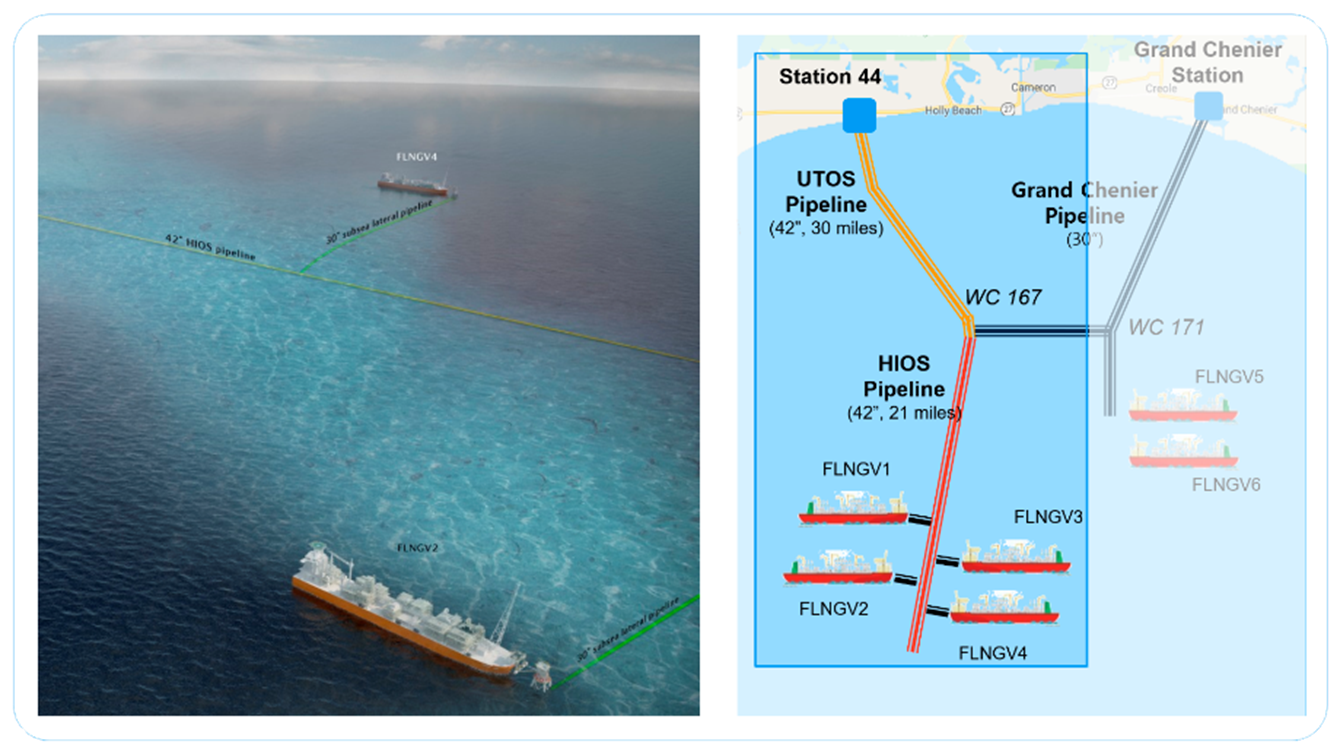 The pipeline, which connects Brownsville, Tex., to industrial and energy markets in eastern and central regions of Mexico, increased Mexico’s natural gas import capacity by 40% after it was put into operation. In 2021, the pipeline transported 15% of Mexico’s total natural gas imports, playing an important role in the country’s energy supply. It is estimated that natural gas is Mexico’s main source of electricity, accounting for 45% of the country’s energy in 2020. 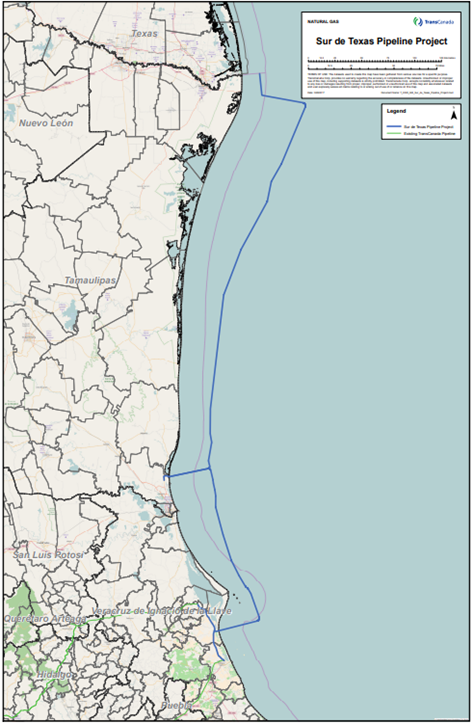 Connecting Texas to the World: The Coastal Bend Header

The facility is the second largest LNG liquefaction facility in the United States. and the seventh largest in the world. Much of the newly liquified natural gas is then exported internationally. In 2021, the Freeport LNG Development exported over 683 bcf of LNG to countries in Europe, South Korea, and Japan, much of which originated here in Texas. 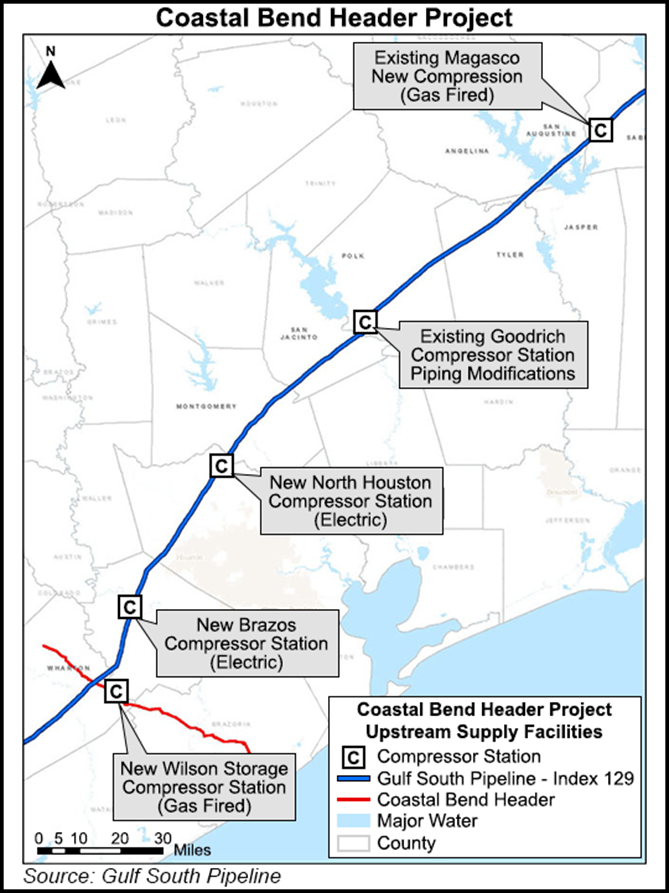 These pipelines are just a sampling of the incredible existing pipeline network Texas has and demonstrate the diverse roles they play in ensuring that not only Texans’ energy demand is met but that of the rest of the country and the world is too.

Pipelines are an essential component to ensuring natural gas reaches those who need it most to heat their homes, cook their meals, or to be incorporated in thousands of products which we use in our every day lives.