For months, opponents of the proposed ExxonMobil-SABIC ethylene plant in Portland, Tex., have tried every means possible to block the project, including spreading misinformation about the proposed facility and the 11,000 construction jobs it would create. Now, Portland Citizens United (PCU), the small group that opposes the project, has invited two environmental activists to come speak at an upcoming community meeting, which PCU has organized to attack ExxonMobil’s record and reputation. 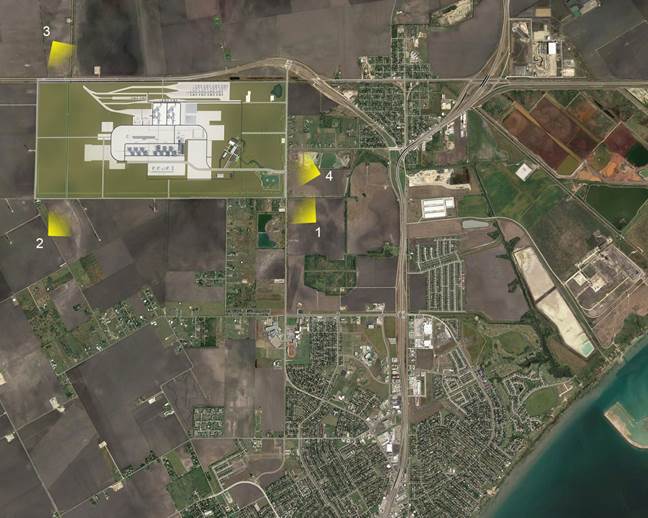 The Feb. 20 event will feature Ilan Levin, an associate director at Environmental Integrity Project (EIP), and Neil Carman, a director with the Oakland-based Sierra Club. For those who aren’t familiar, the Sierra Club is a key player in the anti-fossil fuel “Keep It In the Ground” campaign, and is spending $5 million in opposition to natural gas infrastructure, including major investments like the Portland ethylene plant. Mr. Levin, from EIP, is also notable because he’s sharing data from a debunked study released last year on emissions from the U.S. petrochemical industry.

EIP argued in that report that the growth in domestic petrochemical projects in 2015, thanks to an abundance of natural gas from fracking, would create 86 million metric tons (MMT) of Greenhouse Gas (GHG) emissions. However, the latest U.S. Environmental Protection Agency (EPA) data tell a very different story.

According to EPA’s draft Greenhouse Gas Inventory, released just this month, the production of petrochemicals results in only “small amounts” of GHGs like carbon dioxide and methane.

EIP based its claims on the maximum permitted greenhouse gas limits, as opposed to the far lower actual emissions levels. EIP has also been caught misleading the public about hydraulic fracturing, which the EPA’s Inspector General identified in a 2015 report. Clearly, the group is willing to mislead rather than inform – something of which Portland residents deserve to be aware.

Notably, petrochemical facilities in the United States are subject to strict environmental and health safety standards. Blocking petrochemical plants from being built in the U.S. would not stop demand for the products. As a result, those facilities would most likely be built in other countries that have less stringent standards, ironically leading to higher overall GHG emissions.

As Greg Bertelsen, director of energy and resources policy at the National Association of Manufacturers told E&E News last year:

“If that manufacturing is not taking place here, it’s likely that it’s taking place in some other country. As [we] know from the data, we are more efficient on a greenhouse gas basis than other competitors.”

Moving these facilities abroad would not only increase GHG emissions, it would also cost the United States thousands of jobs and significant economic benefits. The ExxonMobil-SABIC project in Portland is expected to provide an estimated 11,000 construction jobs.  Once operational, the facility would provide roughly 600 permanent jobs that will pay an average salary of $90,000, more than twice the average per capita income for San Patricio County.  Moreover, if the proposed tax abatement agreement is accepted by the Gregory-Portland ISD School Board, it would mean $200 million in additional tax revenue for the school district.

The planned Exxon-SABIC ethylene cracker represents an amazing opportunity for the Portland region, as well as the entire state. It will provide thousands of jobs and millions of dollars in tax revenue and economic benefits to a county whose unemployment rate currently sits at two points higher than the national average. But these benefits will all be wiped away if groups like Portland Citizens United are successful in misleading the public about the project’s details.

The question is not whether the proposed cracker will create jobs and bring a new source of tax revenue to the region. It certainly will. Rather, the question is whether environmental activists will succeed in misleading local residents, as they have a history of doing on this and many other issues.