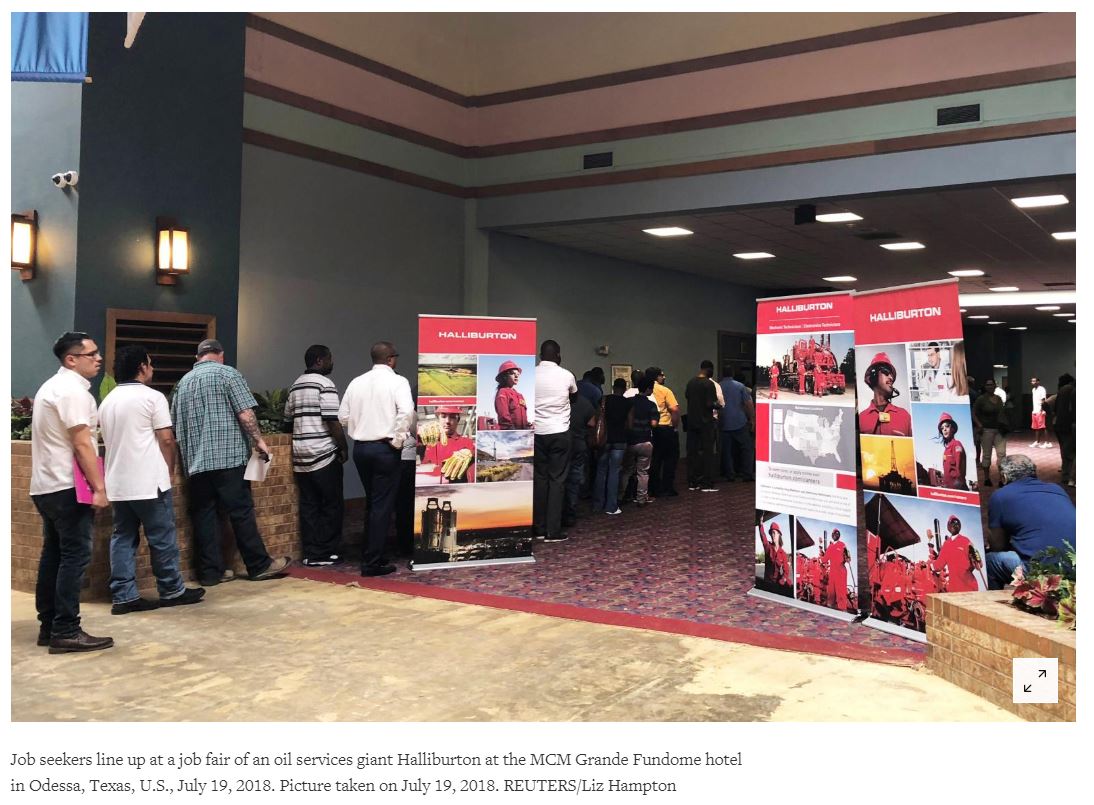 “We need to hire you is our message,” said Chris Redman, a field services manager with Summit ESP, which Halliburton acquired last year.

More than 500 men and women flocked to the hotel in Odessa, Texas, on a Thursday last month to be courted by Halliburton, which needs people to handle everything from oilfield technicians to truck drivers, as oil production booms and qualified workers become more scarce.

The U.S. unemployment rate is 3.9 percent, just off an 18-year low, but job growth has slowed more recently - notably because companies are having trouble finding people.

That is particularly true in the oilfields of West Texas, where workers from local towns like Midland and Odessa have flocked to the oil industry for higher pay. According to a June Dallas Federal Reserve Bank survey of 60 oil executives operating in West Texas, more than half cited difficulty finding workers as a potential drag on growth.

Halliburton, the second largest provider of oilfield services after Schlumberger, is adding more than 175 jobs a month, hiring executives say. Redman said people with commercial drivers’ licenses are in particular demand, but numerous attendees at the jobs fair do not have that license.

Janice Venables, 57, drove out to West Texas from Mississippi a month ago, after being laid off from Mississippi Power last year. She is applying for two jobs with Halliburton, but says she has applied for as many as 26 other oilfield jobs. 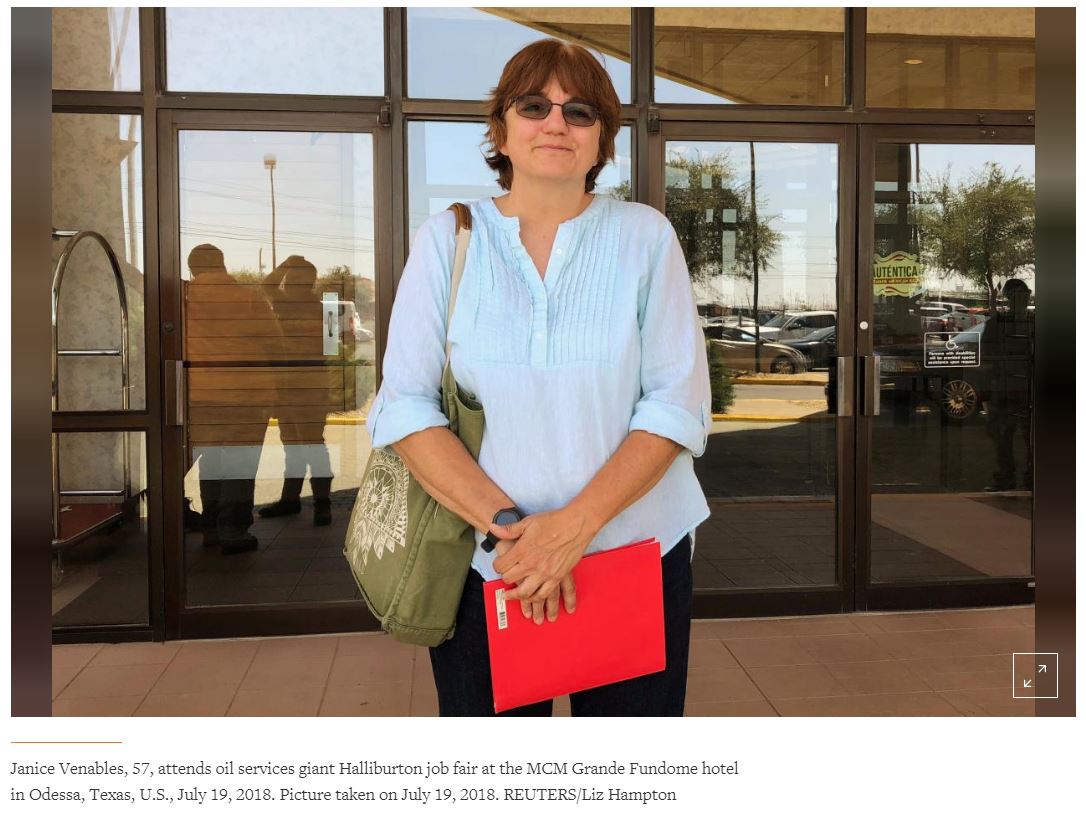 “I don’t care where I go. I just need a job, and I’ve heard the wages are good,” said Venables. She lives in a recreational vehicle with her dog and cat, does not have a commercial driver’s license, but has started the process to enroll in a commercial driving class this fall.

Kenneth McGowan, 21, drove 12 hours from Mississippi with five friends, some just above the legal age to work for Halliburton, to apply for oilfield jobs.

Like many in attendance, they heard about the fair through a Facebook advertisement. McGowan, who works as a stocker at a Walmart, hopes to find a job providing cementing services for wells.

“I’m not worried about the long hours,” said McGowan, who is supporting a 3-year-old daughter. He does not have a commercial driver’s license, but said he is prepared to get one if needed.

McGowan and his friends are not the only job hopefuls to make the trek from Mississippi, where employment in June was 4.7 percent, one of the highest levels in the United States, according to the Bureau of Labor Statistics.

The rush to apply for commercial drivers’ licenses comes as demand for truck drivers, in the oil industry and elsewhere, has driven up wages for anyone with the license.

Instead of getting paid per load delivered, he now has a salaried position with CIG, which starts workers at as much as $85,000 with full benefits. Hardin welcomes the change.

“That’s what everyone wants. It’s a cakewalk for guys who’ve been on the road for years,” he said.