INFOGRAPHIC: Denton’s Fracking Ban is the Most Expensive Ban in America 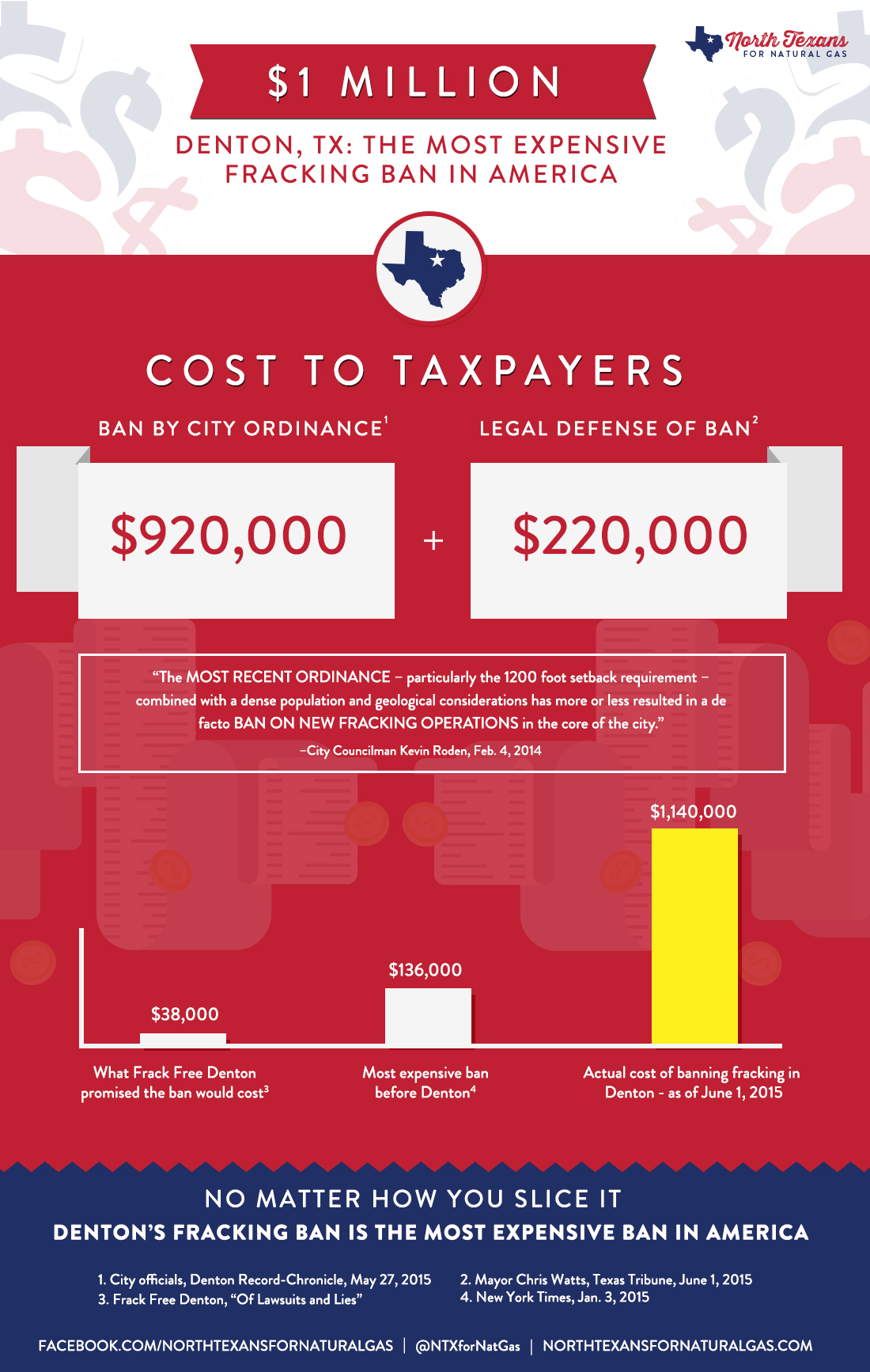 The ban that the city approved last November has had a hefty price tag thus far: $220,000 in legal fees alone, according to Denton Mayor Chris Watts. “And that’s no small change,” according to Watts. That’s a far cry from $38,000, which is what Frack Free Denton promised the fracking ban would cost.

The legal fees alone not only show how Frack Free Denton misled the voters, but they also make Denton’s banconsiderably more expensive than the ban in Longmont, Colo., which has cost at least $136,000. That number includes the cost of defending it in court, and as Mayor Watts has said about the cost of Denton’s ban, “it could be considerably higher” depending on future court costs.

But even that figure only refers to one of Denton’s bans. Several city ordinances in Denton also prohibit fracking. As City Councilman Kevin Roden admitted last year, the city’s rules have “more or less resulted in a de facto ban on new fracking operations in the core of the city.”

According to the Denton Record-Chronicle, those rules have cost the city an additional $920,000.

Combined, that means Denton taxpayers have been forced to spend over $1 million to defend illegal fracking bans. And that price tag is likely going to rise, especially as members of Frack Free Denton insist on defending the ban.

No matter how you slice it, Denton’s fracking ban is the most expensive ban in America.