There may be no bigger ignored energy reality than that of low-cost natural gas. In 2020, for instance, Henry Hub national prices averaged just $2.05 per MMBtu, their lowest in decades. And this came as U.S. gas production dropped and demand stayed quietly on par with 2019 levels despite the economic devastation of Covid-19. Looking out on the futures curve, as of mid-March, gas prices remain incredibly low, with pricing now below $3.00 through the 2020s. For reference, gas averaged over $6.00 in the era before shale and fracking from 2000-2008.

Low prices for U.S. gas truly are a great thing. Gas is now second to sister fuel oil and supplies 33% of our energy – and 40% of our electricity, double the share of second-place coal. Low and stable natural gas prices have benefitted families and helped businesses reduce costs, saving a family of four, for instance, $2,500 per year since 2007.

This is most important for lower-income and communities of color because electricity is the most indispensable form of energy. Low-cost energy might be our most vital weapon in the pursuit of racial justice: as a percentage of income, poorer Americans spend three to five times more on energy than wealthier ones do. Even before Covid-19, nearly a third of Americans struggled to pay their energy bills. And low-cost energy is the key to growing our economy. It frees up more money for the consumer spending that constitutes almost 75% of U.S. gross domestic product.

Moreover, our climate-driven goal to use more electricity in transportation, in buildings, and in industry hinges on affordability. President Biden has promised more low-cost, abundant natural gas to give unions a competitive advantage for a massive infrastructure and manufacturing build-out.

Every time the Department of Energy’s National Modeling System peers into the future, it sees lower and lower priced natural gas (see Figure). Such low prices over the long-term will make market penetration more difficult for politically favored but naturally intermittent wind and solar power. Electrification can only increase the need for gas because it could increase our power demand 65% or more. Since the shale revolution took off in 2008, the U.S. has added about 130,000 MW of gas capacity, a 33% increase for state-of-the-art generating units built to stand for generations. As seen for other technologies, cost reductions for renewables are bound to flatten out as they evolve.

It typically goes unmentioned, for instance, that “high grading” means that many of our windiest and sunniest locations have already been taken. But more wind and solar development actually depends on low-cost gas: gas is dispatchable and the backup for their natural intermittency. More gas gives wind and solar a commercial chance. For example, the U.S. now has some 530,000 MW of gas generation capacity, versus less than 2,000 MW of battery storage, with most of that able to run for only a few hours before needing a recharge. From an environmental perspective, low-cost gas is crucial because fuel switching in most markets still pivots on gas versus coal – that is, higher-cost gas will simply mean turning to higher-emission coal.

Policymakers should take note: Americans will not tolerate higher-cost energy. Democrats in major oil- and gas-producing states like New Mexico and Pennsylvania are concerned that worsening anti-oil and anti-gas policies at the federal level will erode support within their own states. (And no wonder: oil and gas contributed $2.8 billion to New Mexico’s budget in 2020.) With the 2022 midterm elections looming on the horizon, such energy malpractice will not be tolerated. 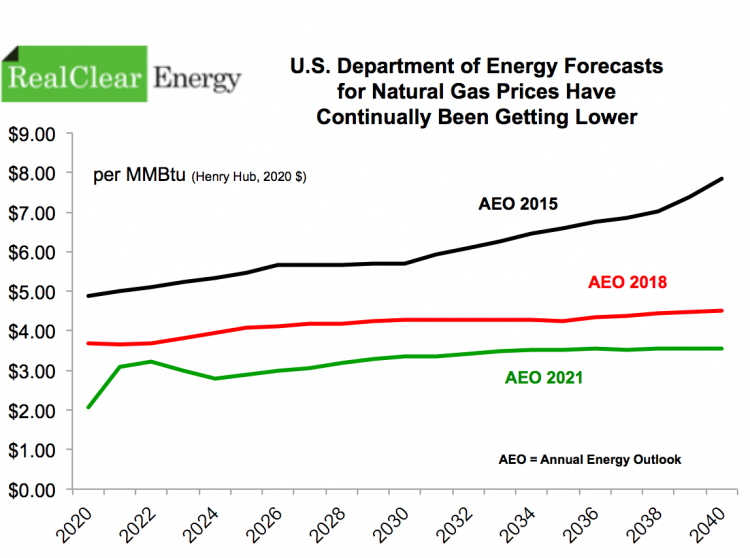 The U.S. fracking industry (i.e., shale), for instance, which now supplies 85-90% of our gas, deploys evolving technologies to “do more with less.” Consolidation in the business is complementing deep-pocketed bigger companies with smaller, more agile, and technically advanced ones, creating a synergy that will continue to cut costs. Break-even prices dropped 30% last year, as belt tightening in the industry has excited Wall Street.

This boom in U.S. gas production, bringing lower costs, will have even more countries shopping for American gas. After starting exports of shale from the contiguous 48 states in February 2016, the U.S. now exports gas via LNG to over 40 countries. We operate six export terminals holding 11-12 Bcf/d of capacity. A new one is slated to start up in October, and our build-out is wisely ongoing: the global LNG market is expected to double to ~100 Bcf/d by 2040.

All of this comes as the International Energy Agency has credited U.S. gas usage for the American feat of cutting CO2 emissions faster than any country in history. And low-cost gas has allowed us to avoid the overbearing regulations and expensive energy that has plagued Europe via the failed Kyoto Protocol.

The strong environmental performance of “more gas” explains why new Energy Secretary Jennifer Granholm supports LNG exports. American gas is critical to lower CO2 emissions in coal-dominated Asia. With some 520,000 MW of new coal generation in the works globally (equal to about half of China's total coal capacity), U.S. LNG is integral to the goals of the Paris Agreement on climate change.

Facing ESG pressure and net-zero goals, U.S. electric utilities are pressing the gas industry to continue to improve its climate profile, specifically through cutting methane emissions at upstream production sites and leakage along midstream systems. Along with low prices, these measures will help preserve gas’s role in power generation for decades to come. The Department of Energy, for instance, projects that gas generation will increase 20% through 2040, easily remaining our main source of power.

To illustrate, the Edison Electric Institute and American Gas Association continually update and expand their Natural Gas Sustainability Initiative, which provides gas companies with a standard methodology to report methane emissions across their systems. Methane comprises 95% of natural gas, so methane, naturally, is a sellable product that the industry wants to capture more of – and the progress has been significant:

“Utilities are committed to taking both an upstream and downstream approach by encouraging natural gas suppliers to continue to take steps to lower their methane emissions. New in 2021 - completing a two-year effort - we have expanded this effort by engaging natural gas producers and the midstream companies on a reporting platform that encompasses the entire value chain, and calls for using consistent protocols to report their methane intensity. This is not meant to replace regulations, but to provide a meaningful tool to increase transparency and to continue to decrease emissions,” David Anderson, Chair, American Gas Association, March 2021 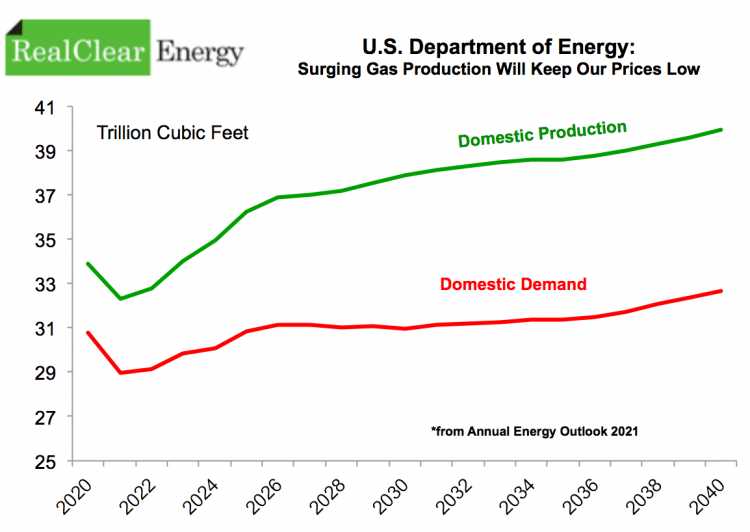