According to these reports, oil and natural gas development supported over 352,000 direct jobs in Texas last year, an increase of more than 26,700 year-over-year. Oil and gas companies also paid over $14 billion in state and local taxes and royalties in fiscal year 2018 – a 27 percent increase. 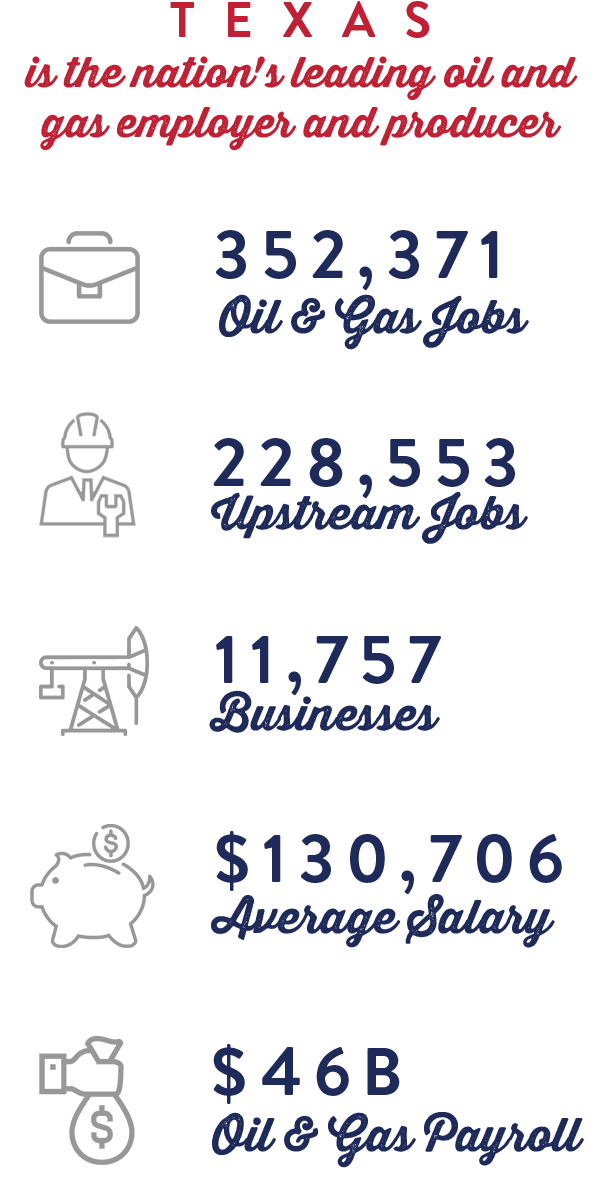 According to the report, oil and gas jobs in Texas paid an annual average wage of $130,706 – that’s 134 percent more than the average private sector job in the state. Further, Texas had the highest oil and gas payroll in the country in 2018 at $46 billion, which is five times larger than the second-place state, California, at $8.9 billion.

TIPRO’s report also notes that Texas oil and natural gas production is continuing to soar. In 2018, Texas totaled a record 1.54 billion barrels of oil produced. Not only does this level of production best the previous record of 1.28 billion barrels set it in 1973, it did so at a remarkable pace, as Texas oil production increased 277 million barrels in just one year. Natural gas, too, saw amazing growth, jumping 10 percent to 8.8 trillion cubic feet in 2018. 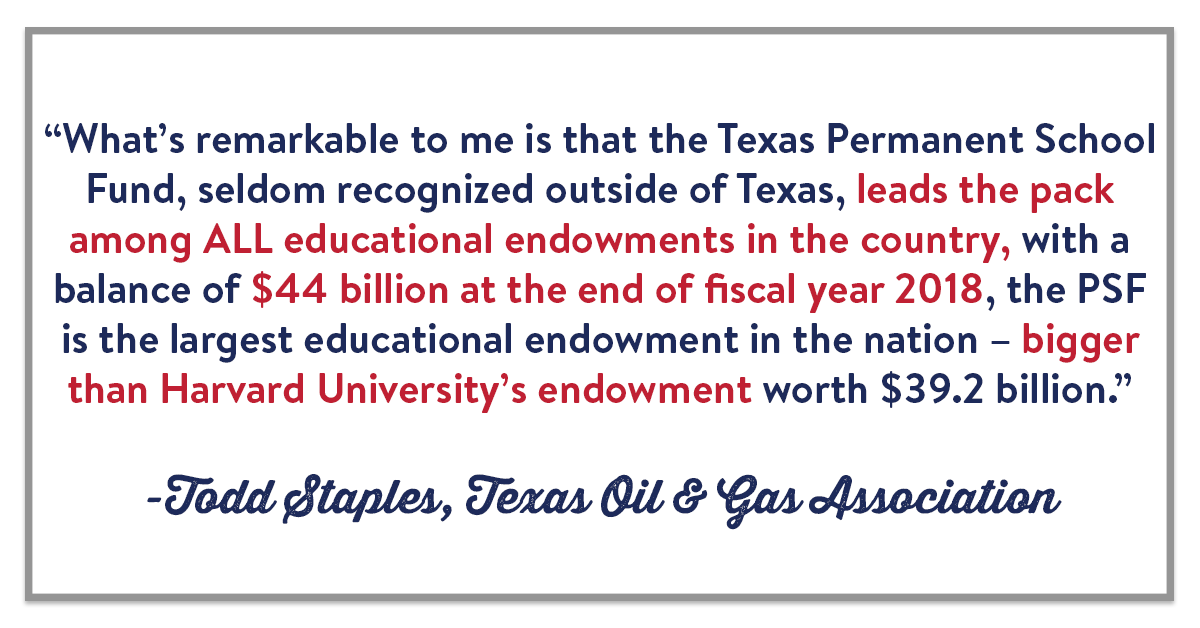 TXOGA’s report also breaks out just how impactful this oil and natural gas revenue is for Texas schools and higher education.

Finally, the report notes that oil and natural gas mineral property taxes provided $366.5 million to Texas counties in the 2018 fiscal year. This revenue helps fund local infrastructure such as roads and bridges, as well as emergency services that keep the community safe and healthy.