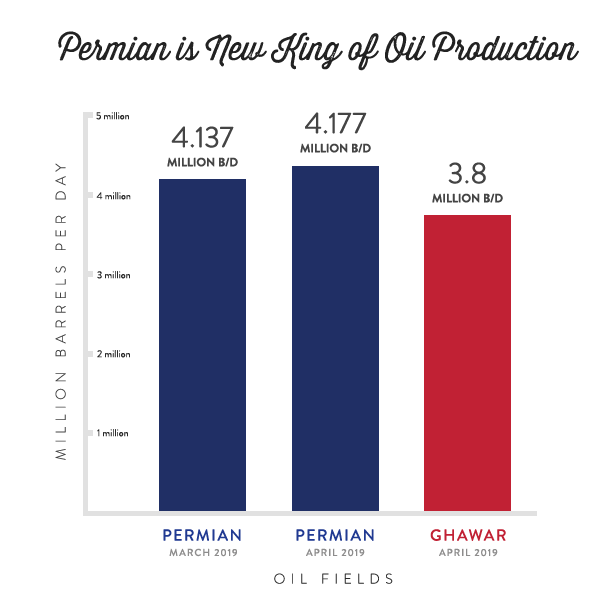 The Permian’s growth in oil production over the past several years is nothing short of incredible. According to the U.S. Energy Information Administration (EIA), oil output in the Permian Basin reached over 4.1 million b/d in March, with production forecast to increase in April by another 40,000 barrels. This impressive level of production represents a 2.7 million b/d increase from March 2014 – an almost 190 percent jump in just 5 years.

For comparison, Aramco’s data show Ghawar currently has a maximum production capacity of 3.8 million b/d. This is down significantly from the 5.8 million b/d that EIA estimated the field produced in 2017. 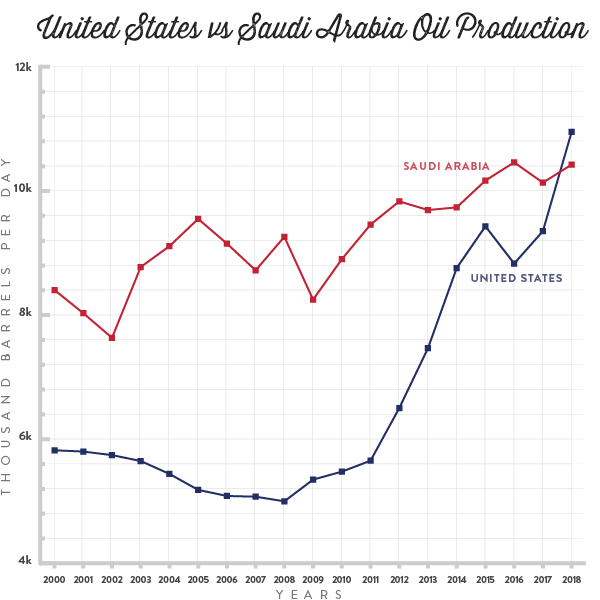 Even with this record growth, the future looks bright for the Permian. According to a U.S. Geological Survey (USGS) assessment published in December 2018, just two formations within the Permian Basin – the Wolfcamp Shale and Bone Springs Formation – are estimated to hold 46.3 billion barrels of oil, 281 trillion cubic feet of natural gas and 20 billion barrels of natural gas liquids. This represents the largest continuous oil and natural gas resource potential ever assessed by the agency.