With current oil and natural gas production soaring to record highs, EIA projects further production growth spurred on by shale development. According to the Outlook, this strong oil and natural gas liquids production, coupled with decreasing domestic demand, will help transition the United States to a net exporter of the resources for the first time since 1953. Both natural gas pipeline exports to Mexico and liquified natural gas (LNG) exports are expected to continue to grow for the next several years, but LNG exports will grow rapidly after 2030. 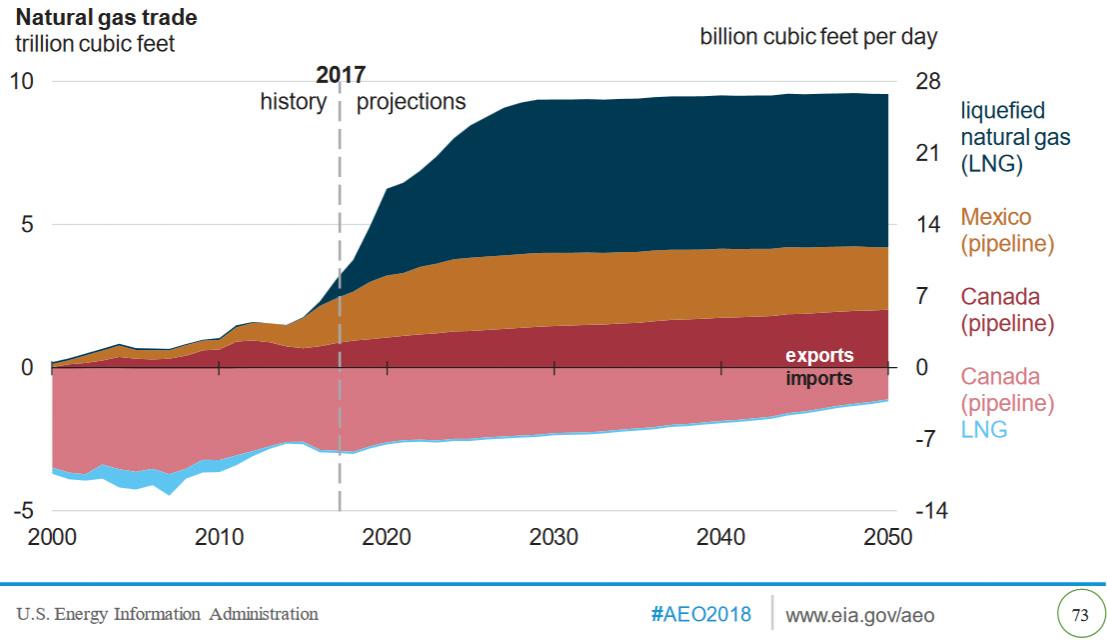 Looking at oil production specifically, EIA estimates crude oil production to reach 11.5 to 11.9 million barrels per day (b/d) with shale development accounting for about 65 percent of domestic production between 2017 and 2050. The majority of this production is expected to come from the Permian Basin in West Texas and Eastern New Mexico, thanks to the abundant reserves now made available through hydraulic fracturing (fracking). As the report notes:

“Growth in the Lower 48 onshore crude oil production occurs mainly in the Permian basin in the Southwest region. This basin includes many prolific tight oil plays with multiple layers include Bone Spring, Spraberry, and Wolfcamp, making it one of the lower-cost areas to develop.” 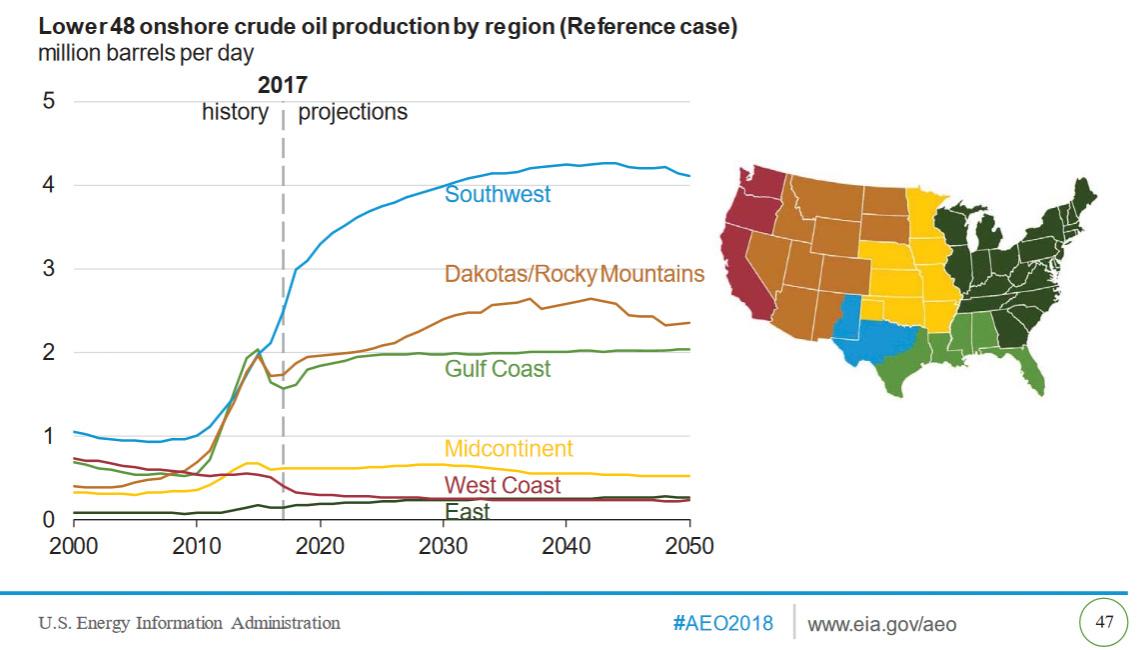 For natural gas, the outlook is even more astonishing. According to EIA, natural gas production is projected to account for nearly 39 percent of total U.S. energy production by 2050, reaching around 45 trillion cubic feet per year or over 120 billion cubic feet per day in the Reference scenario. While the Marcellus and Utica plays will largely drive this growth, the Eagle Ford play in South Texas and Haynesville play in East Texas and Louisiana will also see major increases. The report also notes; 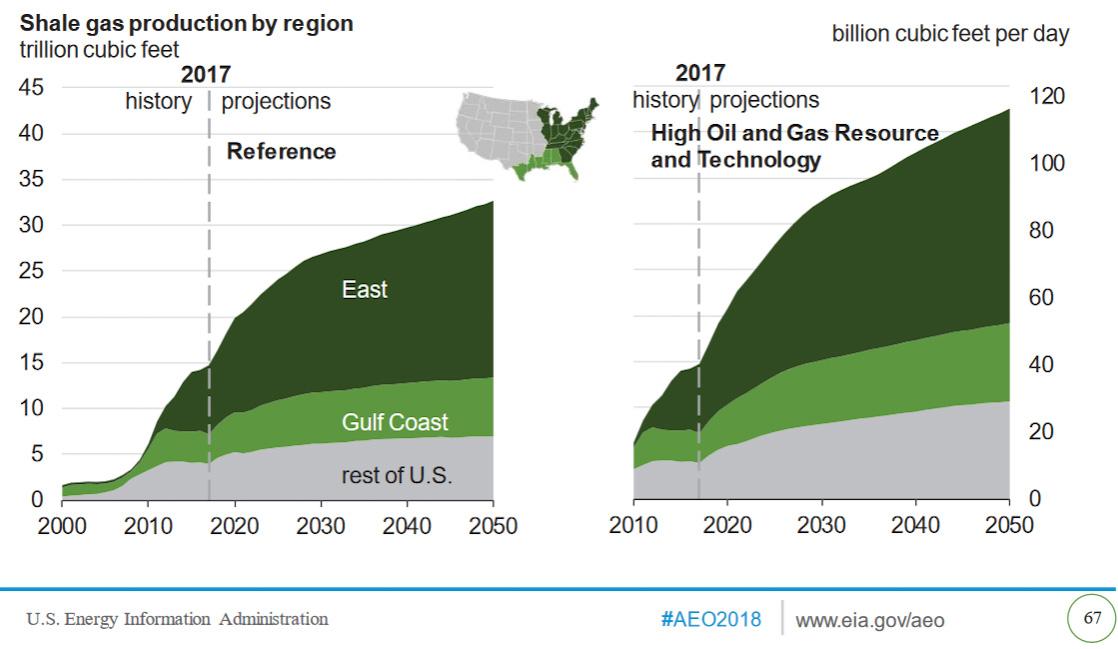 Natural gas liquids production is also projected to increase significantly over this time period, with the Permian in the Southwest and the Marcellus and Utica plays in the East accounting for more than 60 percent of total U.S. NGLs production by 2050. 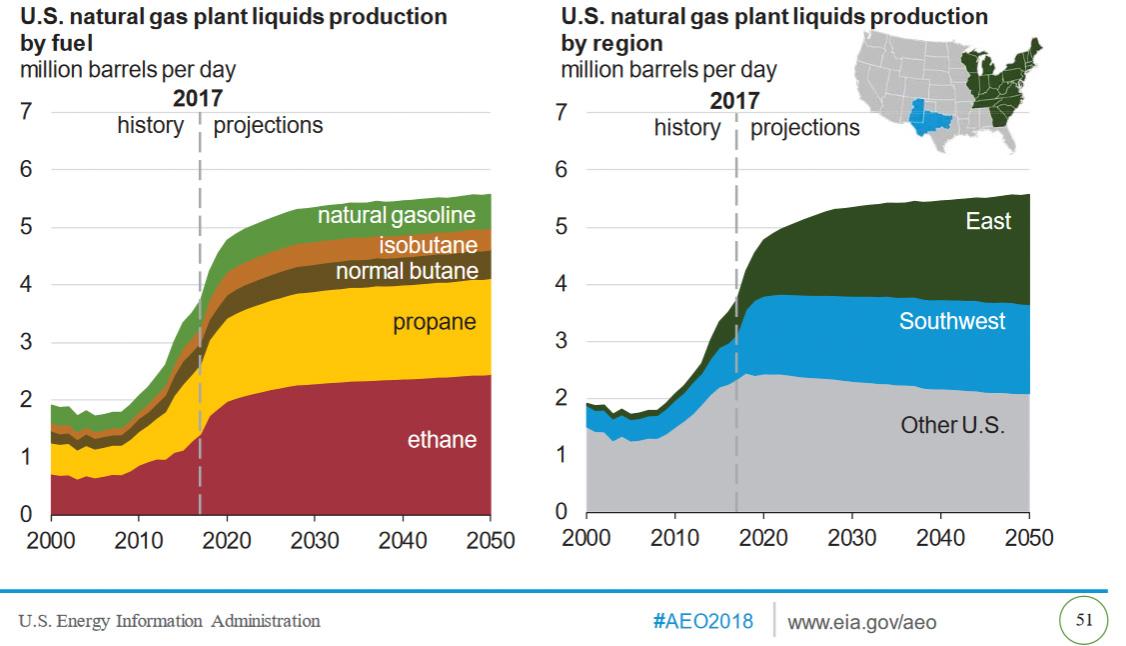 All told, this year’s annual outlook projects great things for U.S. oil and natural gas production through the next few decades, and for Texas in particular as it remains America’s leader in energy production.