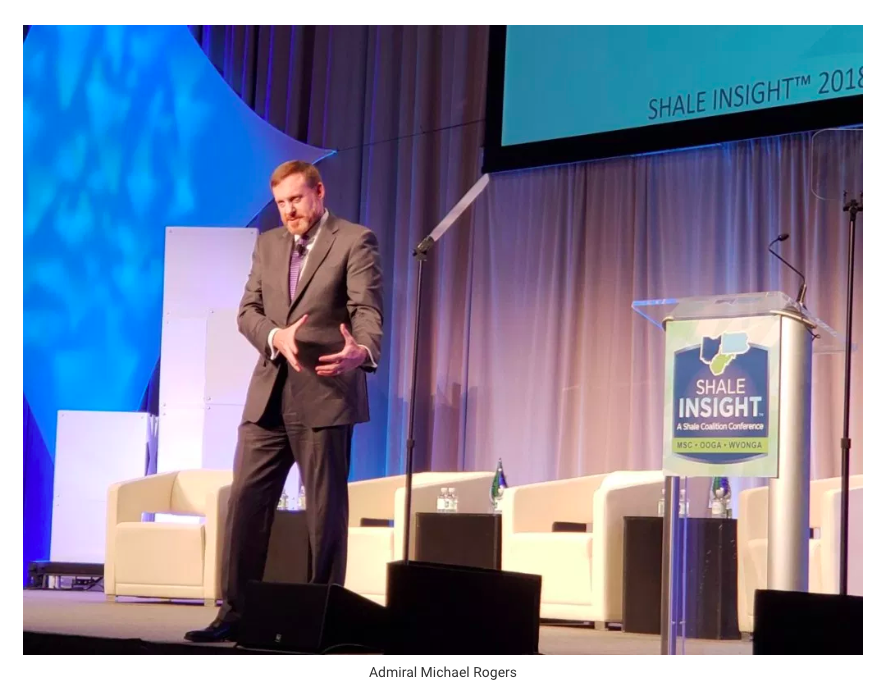 His wife hails from Pennsylvania, he said, and he makes frequent trips here. Flying in for the conference, he could see well pads from is window.

“Watching what you have created, the strategic flexibility it has given this nation, is something that is really amazing.”

The industry is moving the country toward energy independence, he said, and it’s time to look not just at production, but distribution. “That remains an interesting challenge and I know that you as an industry are working hard on that.”

The 10 years of the boom has changed the nation, he said. In the 1980s and 1990s, the country was dependent on imported fuel. “It forced us to make some choices that involved risk.” The military was deployed to ensure the movement of hydrocarbons. We got involved in the Persona Gulf wars.

Now, we can export. Our European allies can wean off dependence on Russian fuel. Poland’s agreement with Russia, for instance, expires in 2022 and it can look here for options. “It gives us the flexibility to make choices with the Russians.”

Likewise with the Saudis. We’re not so dependent on their oil. That plays a role in how we deal with the killing of the Saudi journalist in Turkey. “We’ve got a lot of flexibility in respect to Saudi Arabia from an energy perspective that we didn’t have before. That gives us options on how we’re going to deal with this.”

He added, “That, in no small part, is powered by what you do.”

Rogers also offered some cautions. This new flexibility comes because the citizens trust and believe in what they’re doing.

“So health, the environment – those are all important things as an industry you cannot forget.” The industry must be committed to inspections, to studying gas emissions, protecting the water table. “That will help sustain this.”

The shale boom is helping to ensure a strong economy that keeps people working, with stable prices and a good standard of living, he said. Gas exports help improve the trade balance.