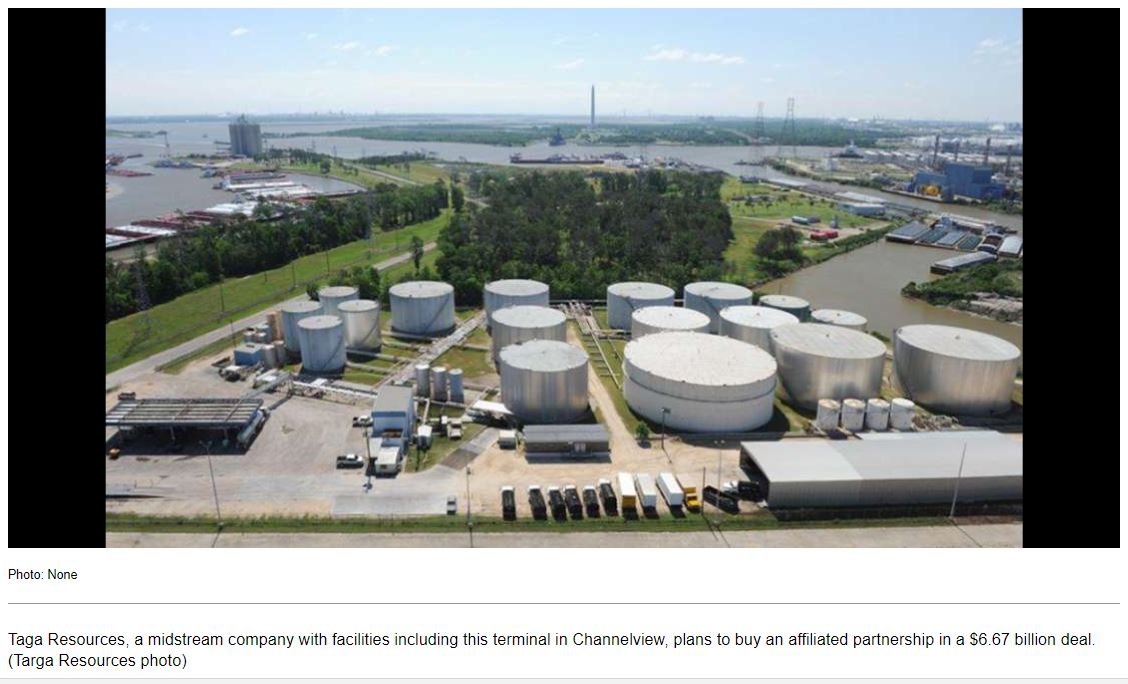 While there's a race to build a slew of crude oil pipelines to serve the record levels of production from the booming Permian, there's also a lot of associated gas produced from the oil wells. Targa is now looking to compete with Houston's Kinder Morgan and a few other companies building massive gas pipelines from the Permian to the Corpus and Houston markets.

Targa said Friday it aims to build the Whistler Pipeline project from the Permian in partnership with Florida's NextEra Energy, Ohio's MPLX and some private equity investors. MPLX is the pipeline arm of Marathon Petroleum.

The private equity-backed company is Austin-based WhiteWater Midstream, which was formed by Houston firm Denham Capital and  Ridgemont Energy Partners of Charlotte.

Targa will operate the pipeline while NextEra will lead the construction. The aim is to have the pipeline up and running by late 2020. They're not revealing the project costs, but similar pipelines under development cost more than $2 billion.

Targa already is building the Grand Prix Pipeline from the Permian to the Houston area to transport natural gas liquids, such as ethane, butane and propane that also are produced from the Permian's oil wells.

In terms of competitors, Kinder Morgan recently announced plans for a 430-mile Permian Highway Pipeline project to transport natural gas to Houston and Corpus hubs. The Permian Highway is being developed with Houston oil and gas producer Apache Corp., which has the option to buy a one-third stake in the pipeline.

For now, though, Kinder Morgan is a 50-50 partner on the project with Midland-based EagleClaw Midstream.

Kinder Morgan already is building the $1.7 billion Gulf Coast Express Pipeline that would stretch farther south from the Permian to just west of Corpus. That project is slated for completion in fall 2019.