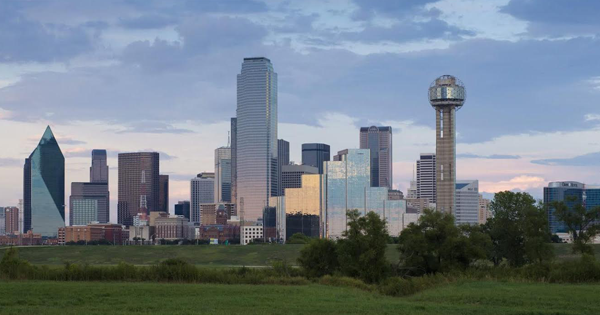 An air quality report from researchers at the University of North Texas (UNT) and funded by a local anti-energy group was not what its boosters claimed, according to new documents from the chief air regulator in Texas.

When the report, titled The North Texas Ozone Attainment Initiative Project, was published last fall, the researchers told the media that their data came directly from the Texas Commission on Environmental Quality (TCEQ). According to the Dallas Observer:

“Though commissioned by the environmental activism group Downwinders at Risk, the research itself was conducted by actual researchers in academia, using figures, they say, came from the TCEQ’s own data and models for ozone projections.”

Jim Schermbeck, head of the anti-energy group Downwinders at Risk that funded the report, also told the media that the usage of these data would insulate the research from criticism:

“We do have an agenda, but in this case the study was directly from their [the state’s] model, so that agenda has no way of showing up in the model itself. That’s all from the state.”

While Schermbeck and the authors may claim to have put aside their “agenda” and relied solely on TCEQ data, TCEQ is now disputing that claim, pointing out the UNT researchers’ data do not match the state’s numbers:

Additionally, TCEQ notes that, when presented with these data discrepancies following the publication of the report, the UNT authors couldn’t explain why they occurred:

“In a November 6, 2015 meeting held at the NCTCOG office in Arlington, UNT modeling staff acknowledged these differences in future design values between their work and TCEQ efforts but did not provide an explanation for what caused them.” (p. 246)

But it wasn’t just the press that was misled.

The discrepancy between the data sets is puzzling considering the UNT researchers asked TCEQ for guidance on how to properly conduct their research:

“The TCEQ understands that the UNT modeling project began in July 2014 under the sponsorship of the North Texas Air Quality Modeling Project (NTAQP). In a July 2014 letter to the TCEQ, NTAQP requested ‘an enumeration of conditions and protocol that this local modeling effort would have to meet or adhere to in order for the TCEQ to give the result due consideration.’” (p. 246)

TCEQ says it provided guidance, but it wasn’t accurately followed and replicated by the researchers:

“As the tables and explanation above demonstrate, the modeling scenarios, although close, have not been accurately replicated.” (p. 247; emphasis added)

According to the report, the most extreme emissions reduction scenario modeled – a 100 percent reduction in NOx and volatile organic compounds (VOCs) in the Barnett and Haynesville Shales – would have, at most, a 5.4 parts per billion decrease on ozone levels at only one of the monitors in DFW. Notably, such a scenario would only be achieved by completely shutting down oil and gas development in both regions.

More importantly, the agency points out that the UNT report can only claim reduced emissions from oil and gas by failing to account for increased NOx associated with new power generation needed for the electrification of compressors, a policy that has come under intense local criticism for its lack of feasibility. According to TCEQ:

“For each of these scenarios, UNT only reduced emissions from the various oil and gas sources assuming full or partial electrification of the compressors but did not account for the net increase in emissions that would result from additional generation of electricity to power the compressors.” (p. 248; emphasis added)

In short, the data in the UNT report is not the same as the state’s data, even though Downwinders at Risk and the authors themselves told the media they were. The researchers asked TCEQ for guidance on how to replicate the state’s model, but did not do so.

As a result of this misleading campaign, the Dallas City Council passed a resolution that proposes to increase costly ozone regulation for North Texas. Downwinders at Risk is already offering its help to other localities that would consider a similar resolution, but will other Texas cities fall victim to the same deceptive tactics?