In recent months, climate activists and their allies have increased their calls for a ban on fracking. Democratic candidates for president joined that chorus, and lawmakers in the U.S. Congress recently introduced legislation that would make fracking illegal – a move that would not only undermine America’s energy prosperity, but also harm the environment.

The truth is that natural gas is delivering unprecedented environmental benefits, including helping us address climate change. As the largest natural gas producing state, Texas is leading this charge.

Natural gas is the cleanest-burning fossil fuel, releasing up to 50% less carbon dioxide (CO2) than coal. In fact, the U.S. Energy Information Administration (EIA) found that increased natural gas use has reduced carbon emissions by 2.8 billion metric tons since 2005.

No other fuel has done more to reduce CO2 emissions in the United States than natural gas – including renewables like wind and solar.

It’s not just carbon emissions that natural gas is helping cut, either. The U.S. Environmental Protection Agency’s (EPA) 2019 Our Nation’s Air report showed that U.S. sulfur dioxide emissions fell 88 percent and nitrogen oxide (NOx)emissions decreased 59 percent from 1990 to 2018. These reductions, which have partly been attributed to the transition from coal to natural gas, are significant, as both pollutants can cause respiratory issues and, in the case of NOx, increase smog. 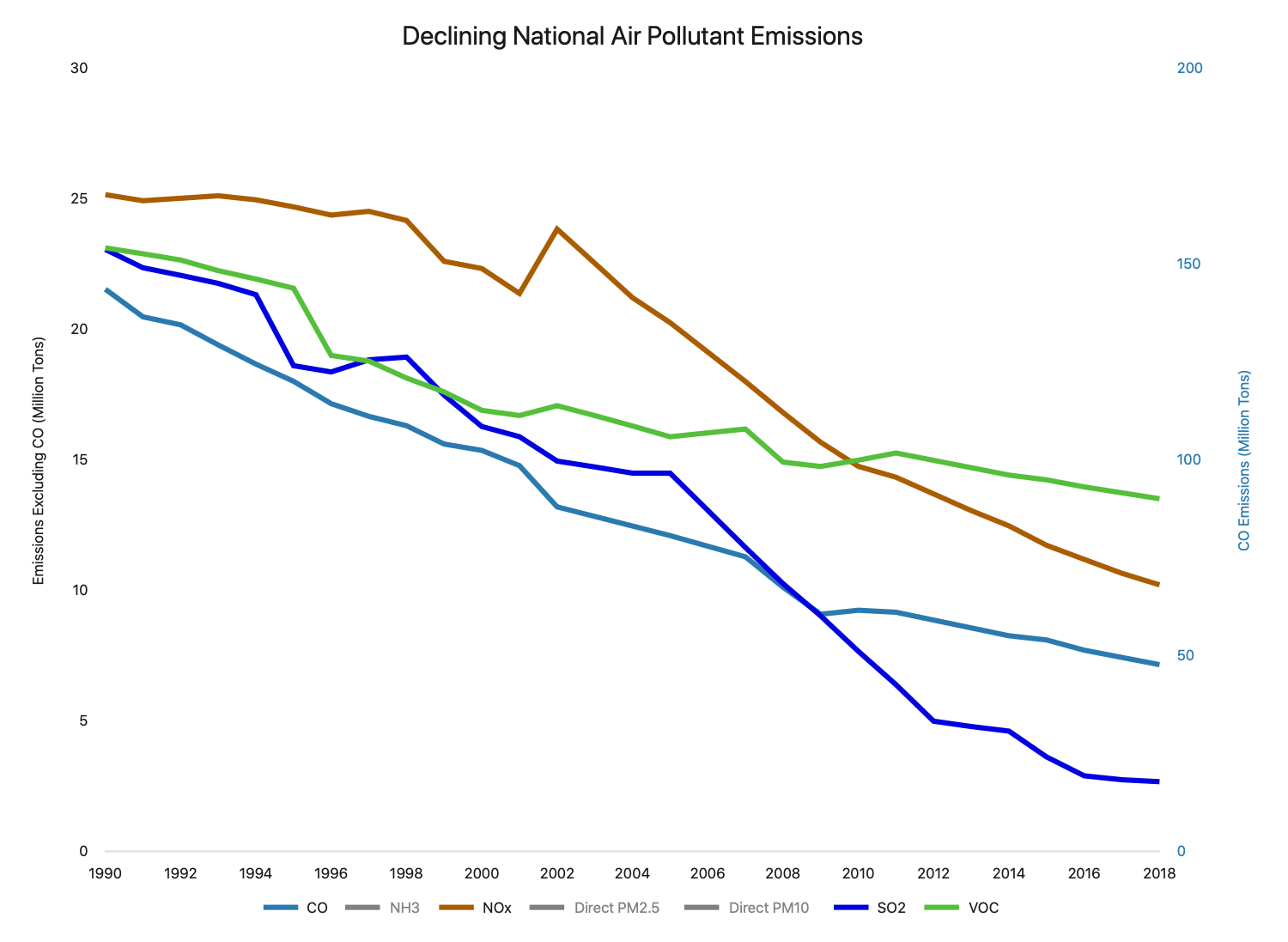 The increased use of natural gas has also made our energy system cleaner in less direct ways. Natural gas serves as a complementary generation source for renewables. Renewable power sources rely heavily on unpredictable factors like the sun shining and the wind blowing, meaning that renewable energy is often intermittent. Natural gas can quickly fill in the gaps and supply customers with uninterrupted power when renewable sources cannot.

A study conducted by the National Bureau of Economic Research found that there was nearly a one-to-one relationship between an increase in renewable energy capacity and an increase in natural gas capacity. In other words, natural gas and renewables are complementary sources on the power grid – delivering not just cleaner power, but also lower energy bills for American families.

Here in Texas, it’s no coincidence that we are the largest wind producing state as well as the largest consumer and producer of natural gas. The fact that our power bills in the Lone Star State are considerably less than in other regions shows how efficient a gas-enable clean energy system truly is.

Thanks to the coexistence of natural gas and renewables, U.S. consumers have saved over $1.1 trillion in the past 10 years, at an average of $4,000 per natural gas consuming household, while electricity consumers are saving $203 billion ($2,500 per family) annually.

Even better news? We’re only just getting started.

This year, the EPA revealed that the United States is the global leader is emissions reduction, thanks in large part to voluntary efforts from energy producers to reduce emissions. The EPA also discovered that methane emissions from petroleum and natural gas systems fell a whopping 23 percent from 1990 to 2018, while oil and natural gas production increased by 49 percent and 71 percent, respectively.

As the U.S. supplies greater quantities of natural gas to our trading partners around the world, we will help other countries replicate this amazing success story, benefiting the global economy and the climate.

Energy demand projections are being adjusted in response to recent market activities, as well as the continuing uncertainty regarding the coronavirus. But over the long-term, we know global energy demand is expected to increase, because we know that billions of people around the world are desperate for affordable and reliable power. We will leave far too many of them in the dark – not to mention harm our own economy – if we were to pursue the kind of radical fracking ban that some are proposing.

The facts are clear: climate conscious Texans should embrace the fracking revolution.