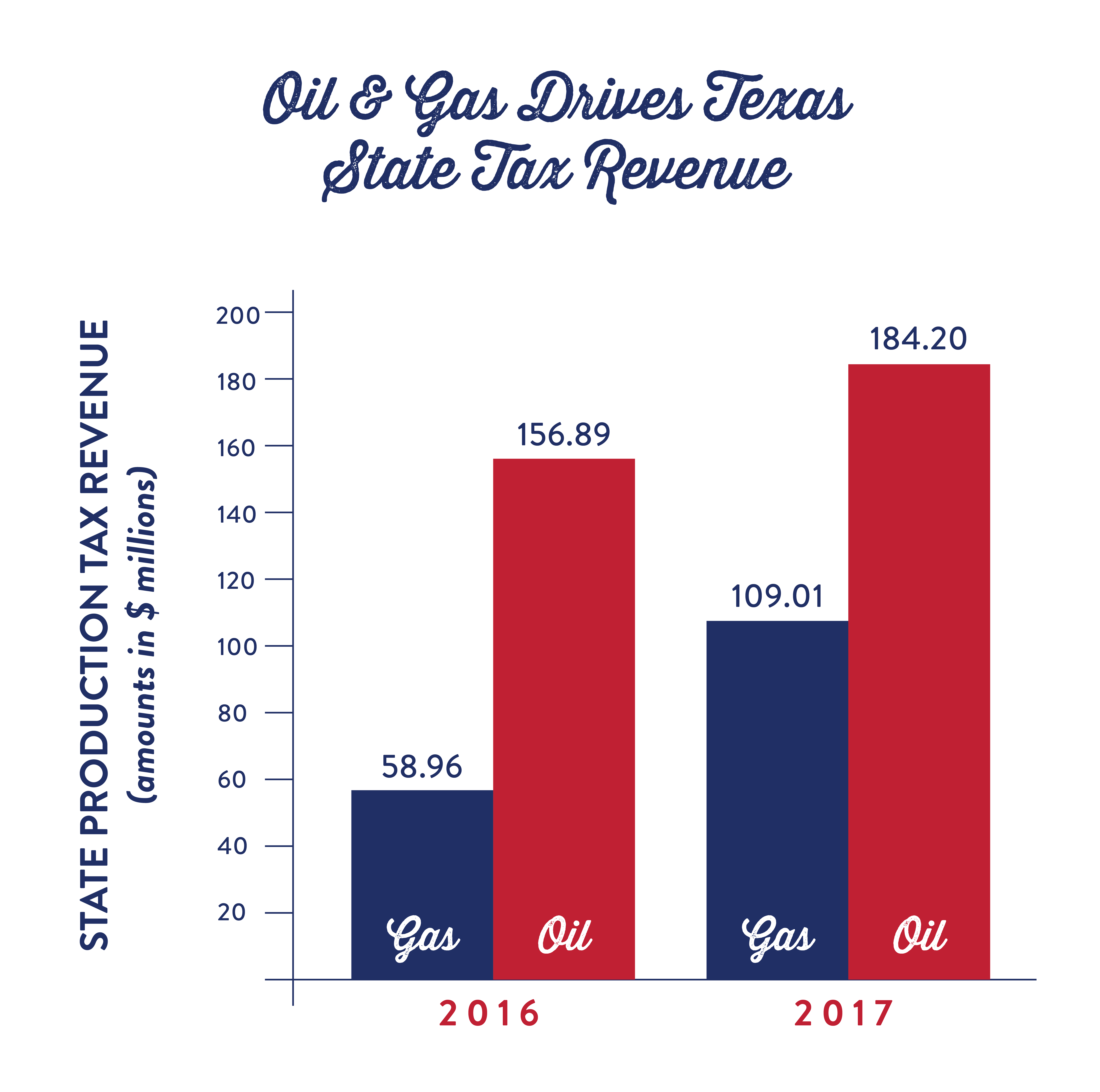 All told, the oil and natural gas industry generated over $293 million in tax revenue from production alone last month – that’s a 35.8 percent increase from September 2016.

“The double-digit growth in sales tax revenue was due to increased spending in the oil- and natural gas-related sectors.”

Such a large increase in tax revenue generated from both sales and production in oil and gas-related sectors is indicative of the growth Texas is still experiencing thanks to advancements in shale development.

The Eagle Ford in South Texas saw production growth over the past year as well. According to EIA, the Eagle Ford produced about 5.75 Bcf/d of natural gas, along with just over 1 million bpd of oil, in September 2016. Production for both grew to over 6.18 Bcf/d of natural gas and 1.28 million bpd of oil by September 2017, a more than 7 percent and about 25 percent increase, respectively.

As Texas remains a leader in oil and gas production, the state benefits not only from improved energy security but also by having a growing source of vital state revenue to help fund schools and communities.