Texas Saves Itself From the Cost of a Natural Gas Ban

While overzealous environmental policies continue to threaten residential natural gas access in other states, Texas has been a leader in ensuring each resident’s energy choice. In May, Texas joined a growing list of states that are protecting energy choices for consumers, particularly clean and affordable fuels like natural gas.

“On average, the upgrades would run around $2,000 per household, although the cost could go as high as $5,000 in some cases, according to Pecan Street's estimates. Undertaken on all 48 million homes that currently rely on natural gas in some capacity, the price tag would come out to $96 billion.”

The study also highlights that the cost of this transition would disproportionately burden low- and moderate-income families who lack the means to afford this dramatic change. The national price tag of $96 billion comes at a time when just 39% of Americans say they could afford a $1,000 emergency expense.

Further, the analysis excludes the additional energy costs consumers would face. In California, electricity costs are 65 percent higher than the national average, and in cold-climate Massachusetts, half of homes use natural gas for heating and would likely face a spike in their electricity bill each winter due to a dramatic increase in demand.

Addressing energy poverty requires a diverse set of solutions including weatherization programs, embracing energy infrastructure like pipelines to ensure affordable natural gas access, and ensuring natural gas is a part of electricity generation planning. Forcing residents to pay for a singular home upgrade, only to pay more for energy afterwards, would be counterintuitive to their needs for balanced energy solutions.

Natural gas is indispensable for residents in Texas. During Texas’ February Freeze, 99.95% of residential natural gas customers experienced no interruption in their service and weathered the storm during widespread electricity blackouts. 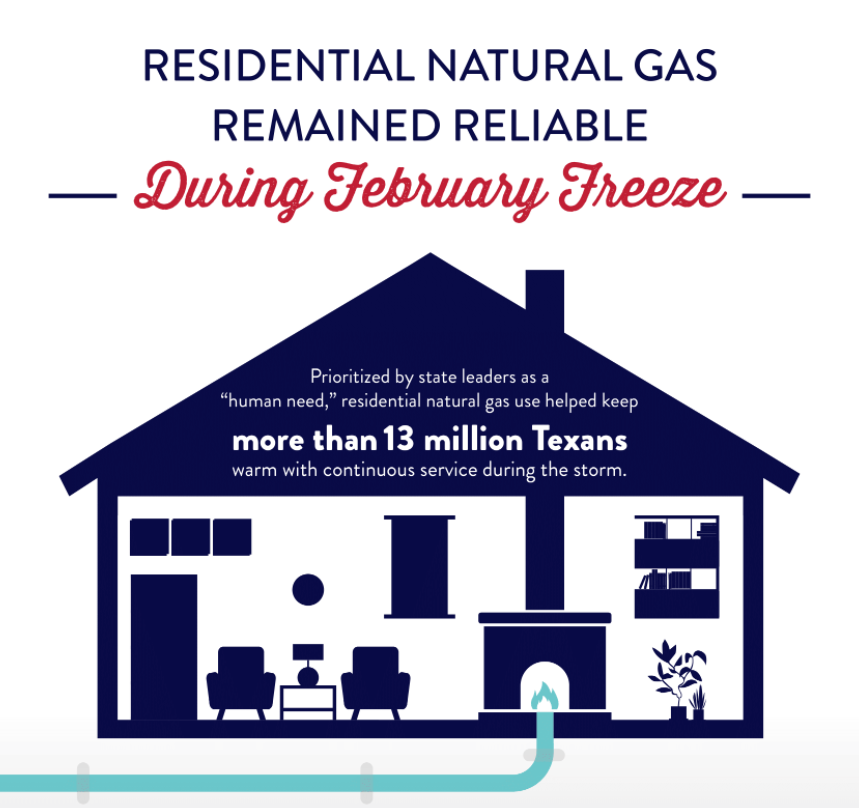 Residents in New England know what it’s like to suffer cold winters without adequate natural gas resources due to a lack of natural gas pipelines. As a result, many of those residents suffer from surge prices when temperatures drop. A study by New York State’s Energy Research & Development Agency concluded that electric heat pumps are not a suitable replacement for natural gas heating given high costs and poor output.

Texas natural gas is providing millions of our neighbors with abundant, affordable energy that they can reply upon. Natural gas bans would only add new costs and hurt residents down the line.