Texas to Pass Iraq and Iran as World’s No. 3 Oil Powerhouse

Plunging drilling costs have sparked an explosion of production out of the Permian Basin of West Texas. In fact, Texas is pumping so much oil that it will surpass OPEC members Iran and Iraq next year, HSBC predicted in a recent report. 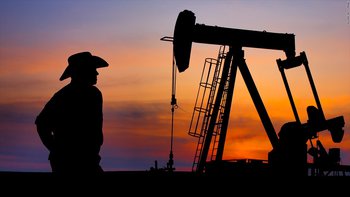 If it were a country, Texas would be the world’s No. 3 oil producer, behind only Russia and Saudi Arabia, the investment bank said.

“It’s remarkable. The Permian is nothing less than a blessing for the global economy,” said Bob McNally, president of Rapidan Energy Group, a consulting firm.

The hyper growth out of Texas is needed because oil prices have risen sharply and major players like Saudi Arabia are quickly maxing out their production.

Much of the excitement in Texas centers around the Permian Basin. Some oil execs believe the amount of oil in the Permian rivals Saudi Arabia’s Ghawar Field, the world’s largest conventional oilfield.

Rapid technological advances have dramatically brought down the cost of pumping oil everywhere, especially out of the Permian. Wells there can be profitable below $40 a barrel.

“The industry cracked the code on fracking,” said McNally.

The rise of Texas, which is also home to the Eagle Ford oilfield in the state’s south, shows how the shale oil revolution has reshaped the global energy landscape. The United States is pumping more oil than ever before, making it less reliant on the turbulent Middle East for imports.

“It’s not going to make the world peaceful, but it will make it less volatile,” said McNally, a former White House official.

By comparison, Iraq’s daily production is seen at about 4.8 million barrels, while Iran is projected to pump 3 million. Oil supplies from Iran are likely to plunge due to tough sanctions from the United States.

However, the boom in Texas has been so rapid that growing pains have emerged.

The Permian Basin is quickly running out of pipelines to transport oil out of Texas, forcing companies to explore costly and potentially dangerous alternatives like rail and trucks. More pipelines are getting built, but they won’t be ready in time to fix the bottlenecks that have formed.

Fifty-five percent of executives surveyed by the Dallas Federal Reserve expect the lack of crude oil pipeline capacity will slow activity in the Permian.

HSBC called the Permian a “victim of its own success” and predicted that logistical constraints will cause production growth will slow in the future.

The pipeline shortage is already hurting local prices. The price of oil in West Texas recently traded at a $15 discount to Houston prices.

Some oil companies are also tapping the brakes. The number of oil rigs in the Permian dropped by five in June even as the overall US rig count was stable, according to the International Energy Agency.

“We’re not in a hurry to grow it fast against a system that’s completely constrained today,” ConocoPhillips CEO Ryan Lance reportedly said in May.

Another headache: the rush to pump in the Permian is making it more expensive to pay for supplies and services. The cost to service oilfields has spiked by 10% to 15% for some companies in the Permian, HSBC said.

At the same time, oil executives are complaining that it’s difficult to find employees. The challenge is magnified by low unemployment in Texas and nationally.

“The labor shortage is getting critical,” one exec told the Dallas Fed.