The Texas Well That Started a Revolution

Nothing at the time suggested the unassuming well in this rural town north of Fort Worth would hobble OPEC, the powerful oil cartel that had governed prices of the world’s most important commodity for more than a generation. Or that it would help turn the U.S. into a global energy exporter, or shuffle the geopolitical deck.

But it did all of that—and more. The well used hydraulic fracturing to crack the incredibly tight shale rocks below. It fired the first shot in the fracking revolution—a blast soon felt in Riyadh, Tehran and Moscow. 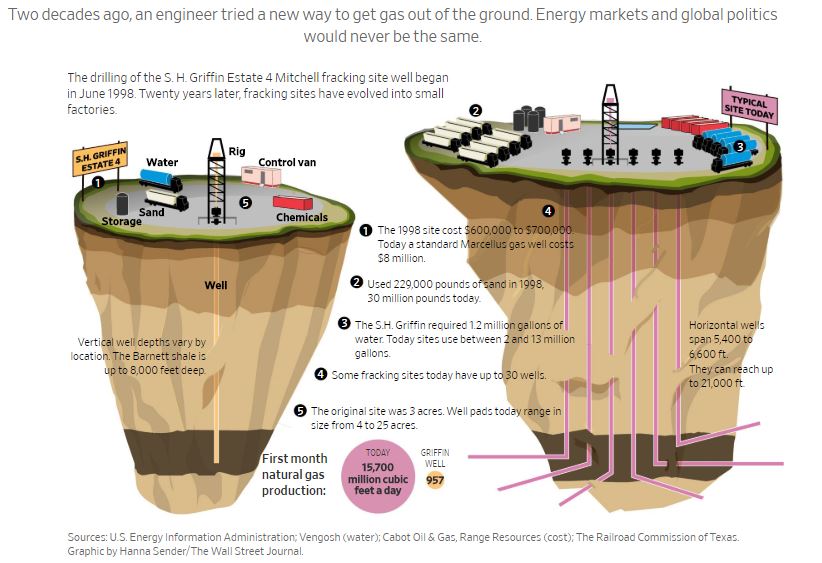 “I had no idea it would cause so much change. I was just trying to keep my job,” said Nick Steinsberger on a recent visit to the well pad. He was the engineer who obtained permission to try a new approach to completing the well that had been drilled a mile and a half deep into a thick grey wedge of rock known as the Barnett Shale.

Mr. Steinsberger, now 54, called the experiment “my slick-water frack.” It was the first commercially successful use of sand, water and chemicals, pumped into the shale under high pressure, to break open the rock and unleash the natural gas trapped inside. It was the beginning of modern fracking. 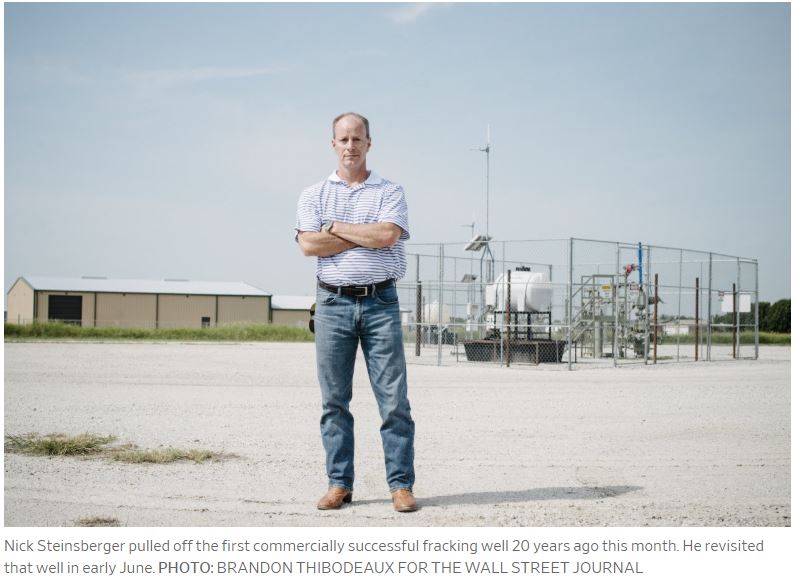 Today, most wells drilled in the U.S. use some variation of Mr. Steinsberger’s fracking technique. It has unleashed an unimaginable wealth of natural gas, gas liquids and crude oil, turning the U.S. from an energy pauper into a muscular exporter. It also started an often acrimonious environmental debate about the potential impacts and trade offs of fracking.

“It is one of the most extraordinarily important, disruptive, technologically driven changes in the history of energy,” said Ed Morse, global head of commodity research at Citigroup. “It was revolutionary for the U.S. economy and it was revolutionary geopolitically.”

Mr. Steinsberger’s modest experiment demonstrated that the oil and gas industry had the tools to fracture the rocks where fossil fuels were slowly baked over the millennia. A huge trove of natural gas was accessible at an economical cost.

It was such a novel idea that it spread slowly at first, as doubters couldn’t believe that anyone could successfully tap the source rocks. After a few years, more companies began to copy the wells drilled by Mr. Steinsberger’s employer,Mitchell Energy , the firm founded by the late George P. Mitchell. 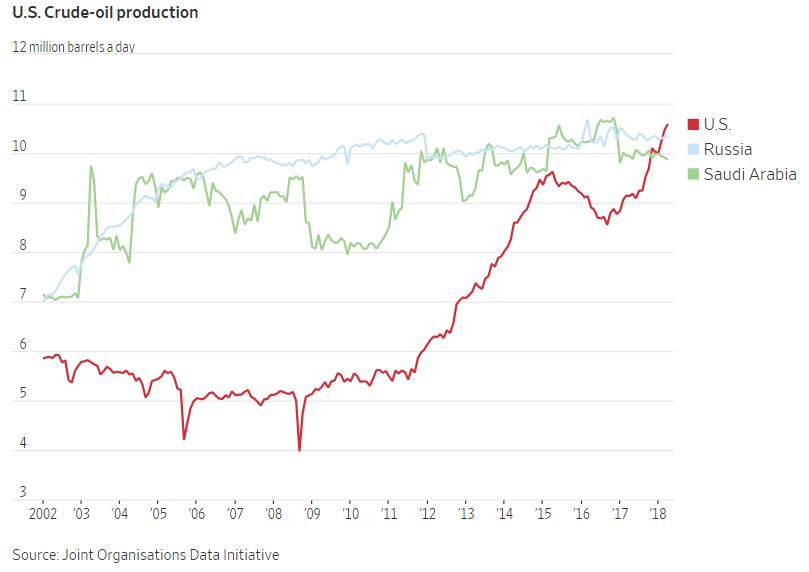 It started in the Barnett Shale. Then other gas-bearing shales were discovered. The Marcellus Shale in Appalachia turned out to be larger and more fecund than the Barnett.

In 2008, more than a decade after Mr. Steinsberger’s well, the industry made another quantum leap: Not only could fracking liberate small natural gas molecules from rocks, it also worked on the longer hydrocarbon chains that make up crude oil. Companies such as EOG Resources Inc. began to drill and frack shales bearing crude oil and natural gas liquids in North Dakota and Texas. The technique has since spread to other countries such as Argentina.

The proliferation of oil and gas production transformed the U.S. energy landscape. A looming dearth of natural gas had led companies to build import terminals. Now there is so much gas the U.S. exports the fuel around the world.

The low-cost fuel has become the leading source of power generation in the U.S. Its rise has reshaped electricity markets, leading to the closure of more than 200 coal plants, as well as a number of nuclear plants. The Trump Administration’s current proposal to subsidize coal and nuclear plants is an indirect result of fracking.

The impact on oil markets might be, if anything, more significant. U.S. oil production had fallen persistently for years, dropping below five million barrels a day. And then: fracking. This year, it hit a new all-time high, reaching 10.9 million barrels a day in June. It is now the world’s largest producer of crude and other valuable petroleum liquids, ahead of Russia and Saudi Arabia. 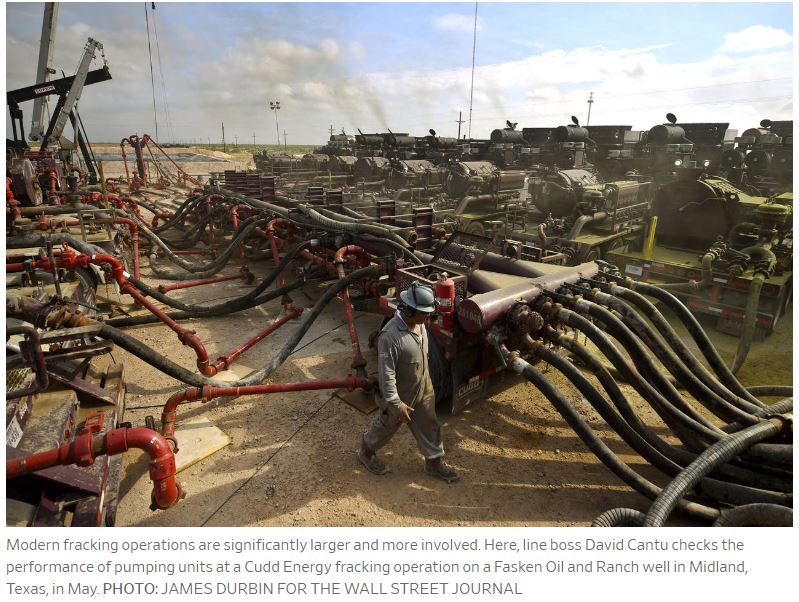 The surge has weakened the Organization of the Petroleum Exporting Countries. Facing a growing supply of oil from the U.S., the group stumbled and fought over what to do. It unsuccessfully tried to crush frackers by ramping up production in 2014 to drive down the price of oil, before making its peace with them. Last week, the cartel’s members coordinated with Russia to produce more barrels to prevent oil prices from rising further. Shale output was outside of their control.

The U.S. emerged as a newly confident energy powerhouse. It was no longer fearful that an embargo could maim its economy. This attitude was reflected in a more aggressive foreign policy, as shown by its willingness to take a tough negotiating posture with Iran.

“The fracking boom was the biggest energy story around the world. But it was also the biggest geopolitical story and the biggest environmental story,” said Michael Webber, deputy director of the Energy Institute at The University of Texas at Austin.

The proliferation of natural gas, displacing coal, helped the U.S. lower its overall greenhouse gas emissions by 13.4% in the last decade, while growing its gross domestic product, according to BP PLC’s Statistical Review of World Energy.

While fracking has produced environment benefits at a global scale, it has created local problems. Dust, noise, truck traffic and emissions from diesel engines turned rural regions into industrial zones during periods of peak development.

he headlong rush to drill and frack meant that the industry raced out in front of state regulators. Concerns arose about fracking’s impact on water and the impact of methane gases leakage on the climate. Eventually, federal and state regulators responded with increasingly sophisticated rules. And the industry adopted some voluntary measures as well.

Fracking has split the environmental movement. Some environmentalists opposed fracking entirely; others recognized its potential benefits and have worked to minimize its negative impacts. 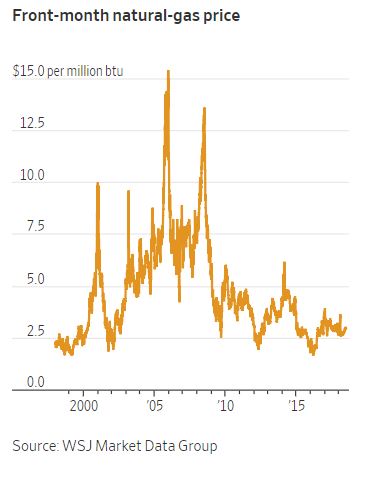 Fred Krupp, president of the Environmental Defense Fund, praised natural gas for helping clean up local air pollution, lower greenhouse gas emissions and reduce electricity costs. “The abundance of natural gas has helped, but it is important to work to make it as clean as it can be,” he said.

Fracking uses grains of sand to prop open the newly formed cracks to allow gas or oil to flow out. While Mr. Steinsberger’s well required 229,000 pounds of sand, a large contemporary well might require 30 million pounds of sand. The amount of water needed has increased as well.

The S. H. Griffin well has continued to produce gas for two decades. Over the years, more than 2.6 billion cubic feet have flowed out, worth some $8 million at today’s prices. A new well with a supersized frack can produce as much in a day as the original could in two months.

The proliferation of large wells has kept gas below $4 per million British thermal units since December 2016, after topping $10 in 2008. Mr. Steinsberger, who still oversees eight to ten fracks a year, doesn’t see that changing for a long time.

“One day, there might be lasers shooting at the rock” thousands of feet underfoot, he said. “I can’t predict that. But I can tell you natural gas prices will be low for the rest of our lives.”