The shale revolution has saved a U.S. family of four $2,500 per year in lower energy costs, according to a recent report from the White House Council of Economic Advisers (CEA). The CEA estimates that almost 80 percent of the total energy savings comes from the low price of natural gas, while the remainder of savings came in the form of lower fuel prices at the pump.

Those savings have been passed onto the everyday consumer in Texas: Texan households saved almost $7.2 billion between 2006 and 2016. 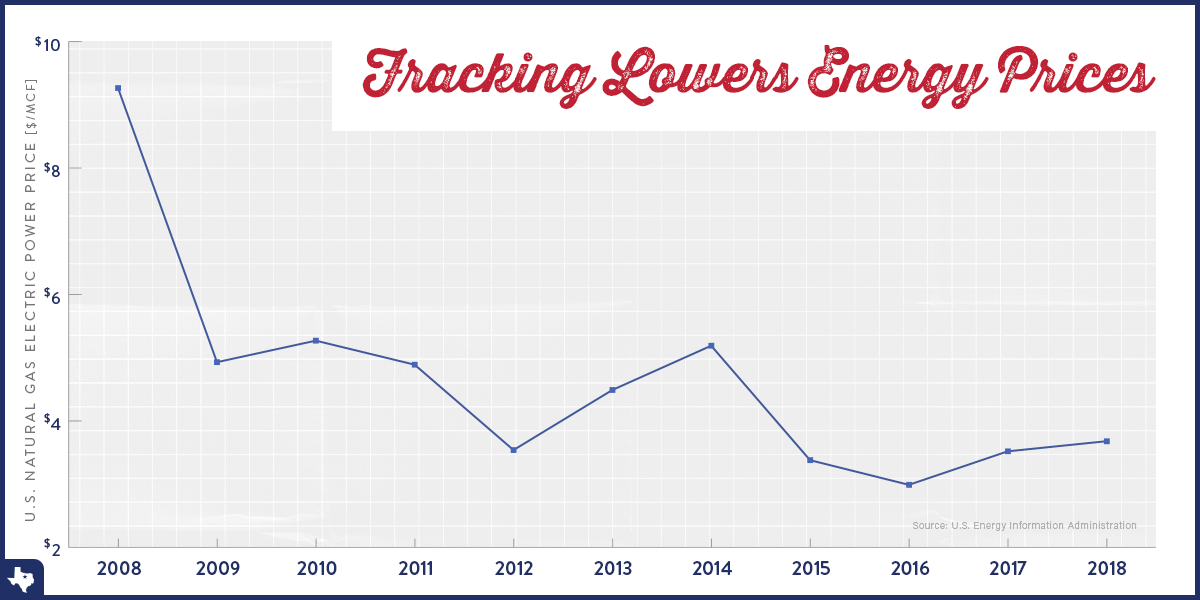 Cheap natural gas doesn’t just save consumers on their electric bill; but when used in the home, natural gas offers other savings opportunities. Households that use natural gas for cooking and heating save an average of $874 per year. Cooking your dinner on a natural gas stove does more than preserve the family budget – natural gas offers environmental benefits as well.

These benefits have extended to the environment as well. The U.S. Energy Information Administration (EIA) has shown that since 2005, natural gas has been responsible for 61 percent of U.S. electricity generation CO2 reductions. In fact, because natural gas emits 55% less carbon dioxide than coal when used for power generation, the U.S. EPA has credited natural gas in part for transforming the United States into a world leader in emissions reductions.