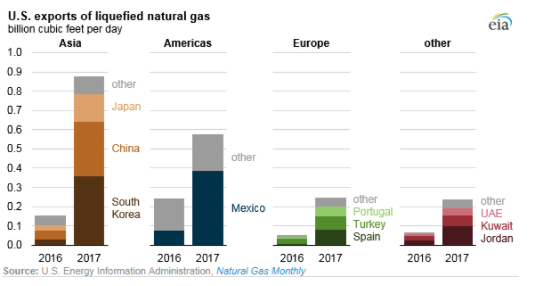 While Mexico saw the largest percentage of U.S. LNG exports to a single country, the Asian market was the destination for the most LNG exports at around half. South Korea and China accounted for the majority of exports to the Asian market, representing 18 percent and 15 percent respectively, as the two countries are increasingly turning to natural gas to meet national emissions goals. 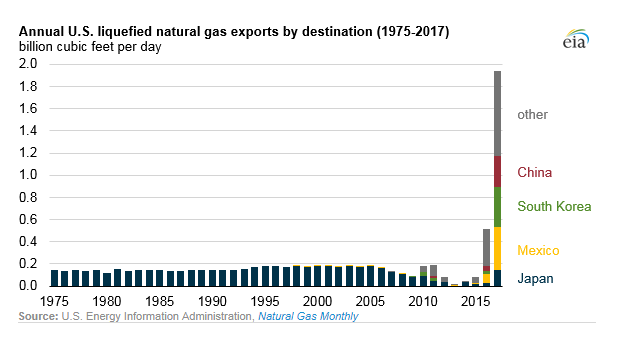 The most interesting countries cited by EIA as U.S. LNG recipients last year are the Middle Eastern countries of Jordan, Kuwait and the UAE. In a region known for oil and natural gas production and home to Qatar - the largest exporter of natural gas globally – these Middle Eastern countries importing roughly 250,000 Bcf/d in American LNG shipments last year exemplifies how the U.S. shale revolution is having worldwide impacts and upending existing global energy market dynamics. 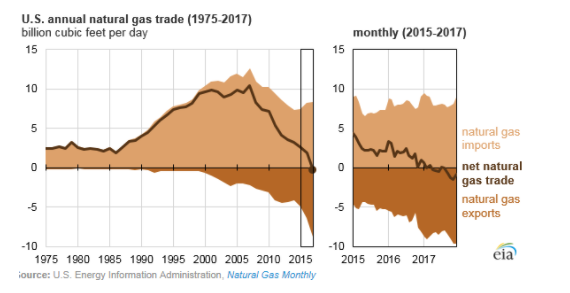 Adding to the incredible achievement of reaching net export status is that even as exports of U.S. natural gas have increased dramatically over the past several years, production from shale has kept domestic natural gas prices stable – despite what environmental critics have otherwise predicted. 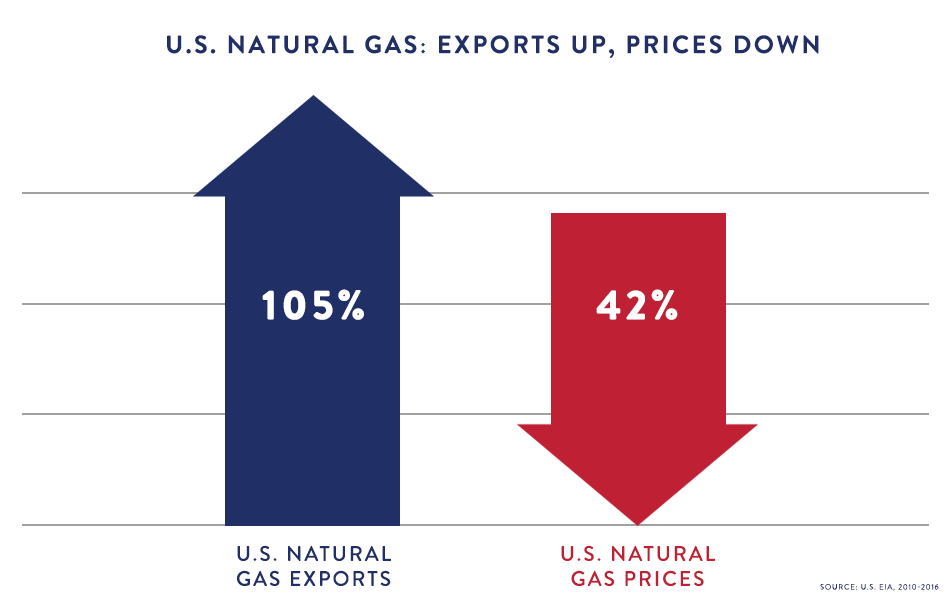 The United States is predicted to improve upon its position as a net natural gas exporter in the future. As EIA notes, Dominion Energy’s Cove Point LNG export facility opened just this month, increasing U.S. LNG capacity to 3.6 Bcf/d, while four more projects are expected to come online in the next two years: Elba Island LNG in Georgia and Cameron LNG in Louisiana in 2018, as well as Freeport LNG and Corpus Christi LNG in 2019, both located in Texas.  Click here to learn more about LNG export facilities in Texas and sign our petition if you support LNG exports.