The USGS assessment also indicates that the Wolfcamp, located in the Midland Basin portion of the Permian, is almost three times larger than the agency’s Bakken-Three Forks resource assessment from 2013, which was itself twice as big as what the USGS had estimated just a few years earlier. 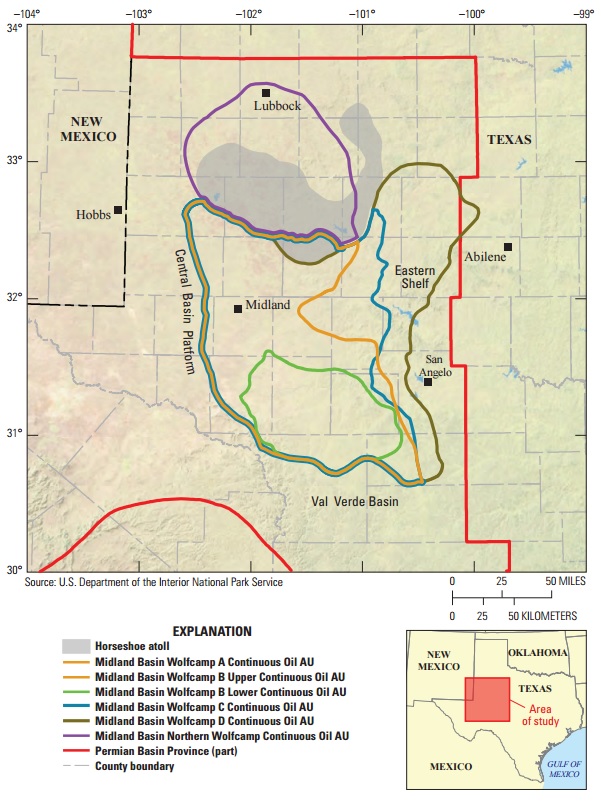 The Wolfcamp Shale also holds an astounding 16 trillion cubic feet (Tcf) of associated natural gas and 1.6 billion barrels of natural gas liquids, according to the USGS.

Amazingly, this assessment may not even represent the upper end of what’s actually recoverable from the Wolfcamp. As Walter Guidroz, program coordinator for the USGS Energy Resources Program, explained:

“The fact that this is the largest assessment of continuous oil we have ever done just goes to show that, even in areas that have produced billions of barrel of oil, there is the potential to find billions more.”

“Changes in technology and industry practices have significant effects on what resources are technically recoverable, and that’s why we continue to perform resource assessments throughout the United State and the world.”

If the 20 billion barrels of oil assessed by USGS were to become proven reserves, the Wolfcamp alone would represent a resource base larger than what several OPEC nations have.

According to a separate report released today by the U.S. Energy Information Administration, the Permian Basin now holds as many active rigs as the rest of the United States combined. Thanks to a richness of resources in the Permian, along with declining costs of production and improved efficiency, it’s no wonder the region is considered the “hottest” oil field in the country.

Today’s USGS assessment only includes the Midland Basin, while the Wolfcamp itself extends into the Delaware Basin portion of the Permian as well. In other words, this massive amount of resources estimated by the USGS is only one part of the larger resource base held in the Wolfcamp.

The Permian truly is a gift that keeps on giving.