With President Trump's State of the Union, one truth became crystal clear: The United States remains an energy powerhouse, and is a world leader not only in oil and gas production, but also in reducing emissions.

Texas set historic oil and natural gas production records and increased jobs in the industry by nearly two percent in 2019, according to a recent Texas Independent Producers and Royalty Owners Association (TIPRO) report.

From how pipelines work to the benefits they provide to Texas, check out our brand new pipelines site to learn all you need to know about pipelines in Texas.

Support Products Made from Oil & Gas 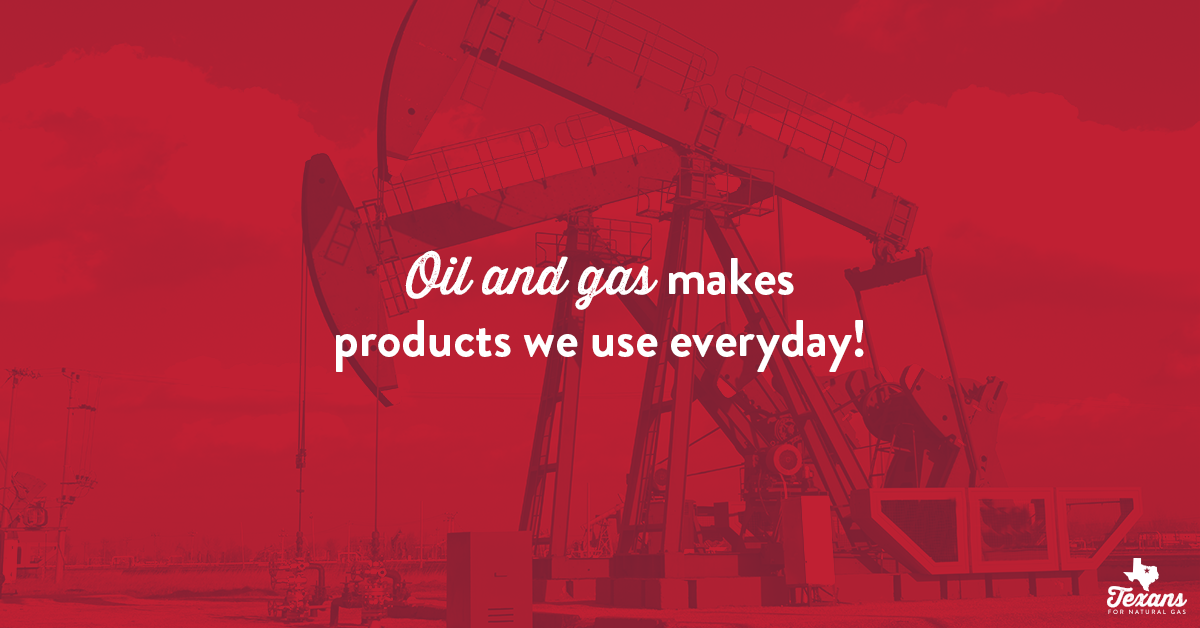 Oil and natural gas are responsible for many products you use every day, more than you might think. Plastics, sporting goods, tires, cosmetics, electronics and even life-saving medical equipment are all made from oil & gas.

Sign your name here to support oil & gas and the products made from it: https://www.texansfornaturalgas.com/products_from_oil_gas