What Happens When You Don’t Build Natural Gas Pipelines: A Case Study Of The Northeast

As winter approaches in the United States, demand for natural gas will rise with the increased need for heating as temperatures plunge across the country. But for regions like the Northeast, inadequate pipeline infrastructure results in higher prices for natural gas and electricity.

Pipeline infrastructure is an essential component of the natural gas supply chain, delivering output to users in the commercial, industrial, and residential sectors across the country. Pipelines are also known for being one of the safest and most cost-effective options for transporting natural gas. However, in recent years, some regions of the United States, like the Northeast, have overlooked the importance and need for additional pipeline infrastructure to transport natural gas, often actively fighting against additional development. The lack of adequate infrastructure, coupled with harsh winters, drives up electricity costs and puts consumers at risk in the New England region.

Natural gas has become increasingly important to feed the Northeast electric grid. Between 2015 to 2020, the Northeast increased natural gas power generation by almost 37 percent. But as the region increasingly relies more on natural gas, existing pipelines are reaching their maximum capacity to meet demand. In short, the lack of adequate infrastructure has created a bottleneck effect. Limited capacity and failure to build new pipeline infrastructure makes it difficult for natural gas from the Marcellus Shale to reach major cities like Boston at times when it's needed the most.

Regional gas utilities have been using the majority of existing Northeast natural gas pipeline capacity over past winters. This has left very little capacity to transport gas to feed electric grids, creating uncertainty in their power system. In addition to creating an unreliable power grid system, the lack of adequate pipelines to carry natural gas to the Northeast creates issues like price volatility. Compared to the U.S. average, Northeast residents pay 29 percent more for their natural gas and 44 percent more for their electricity. Additionally, the region has increased air emissions as a result of the increased use of other generation sources like coal to meet demand. 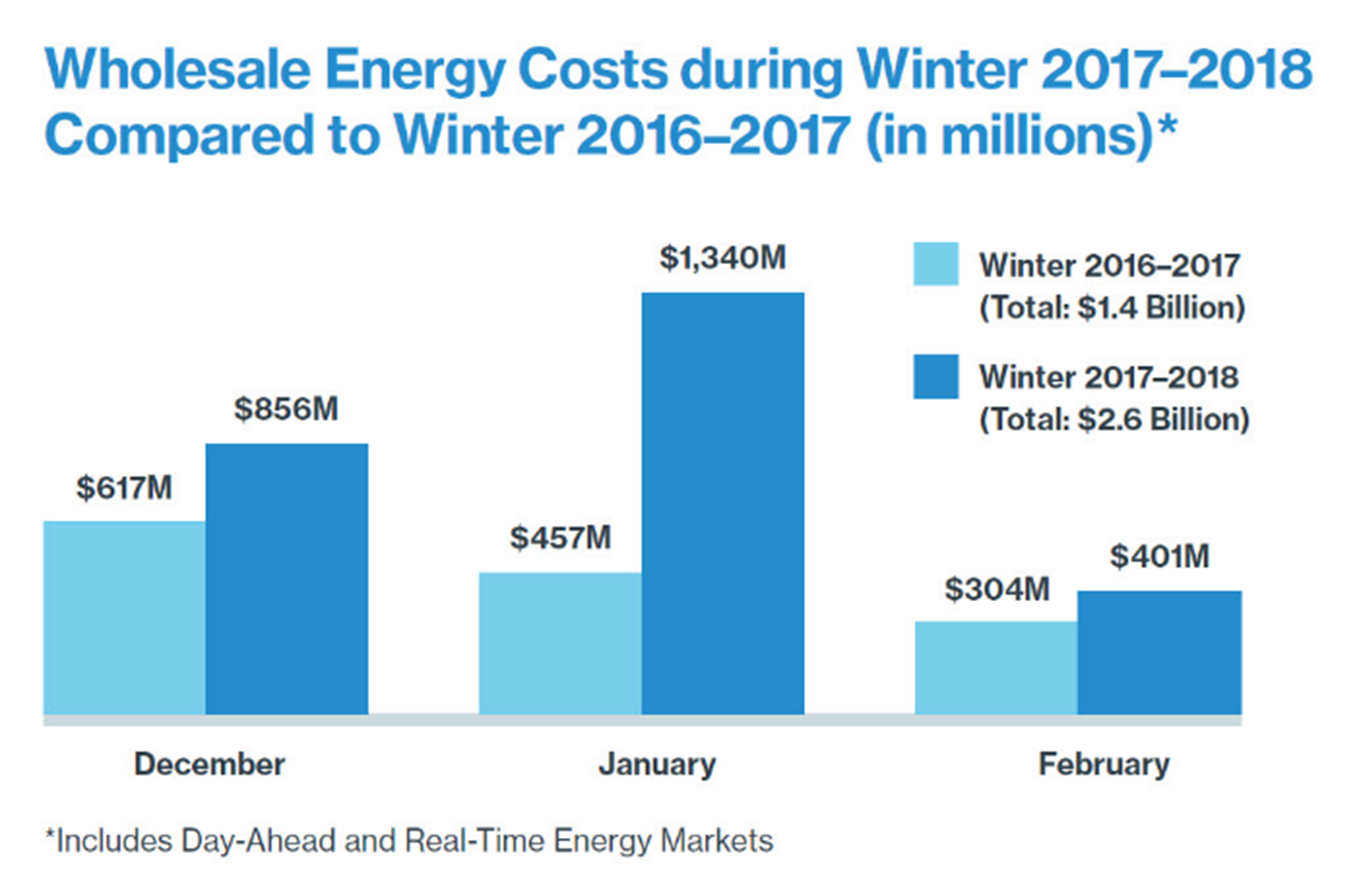 For parts of the Northeast that lack fossil fuel resources underground, natural gas and crude oil must be sourced from elsewhere. Despite pipelines being crucial for New England to receive natural gas, the existing pipeline network of the region falls short of meeting demand and has limited access to the rest of the United States pipeline network.

In January 2022, following soaring natural gas prices in New England, the EIA noted: “Historically, LNG imports have been the key marginal source of supply during times of peak demand because New England does not have underground natural gas storage and is not a natural gas-producing region.”

Last winter – between Nov. 2021 and March 2022 – the New England region imported the equivalent of about 17.8 Billion cubic feet (Bcf) of LNG, according to Platts Analytics data. For context, the U.S. consumed roughly about 83 Bcf of natural gas each day in 2021.

The region's natural gas utilities continue to experience gains in new customers and customer conversions from other fuels. As demand for natural gas exceeds the supply provided by the pipeline system, natural gas bans in some areas of the Northeast, notably the New York City metropolitan area and portions of Massachusetts, are further complicating the region’s energy challenges and high costs.

With the unpredictability of weather events in recent years, like recent record cold temperatures, it is increasingly essential for the region to focus on creating a reliable energy system. The Northeast's inadequate pipeline infrastructure is creating an unnecessary burden on their power grid and exposing the region to energy insecurity. Building adequate pipeline infrastructure and increasing access to the existing pipeline network to meet demand and transport natural gas is the solution for the region to protect itself from price volatility and energy system failures.