What the Engie-NextDecade Deal Means for Methane Emissions

It’s no secret that the world is moving toward cleaner sources of energy. Fortunately, natural gas is poised to fit seamlessly into an ever-progressing energy transition and will coexist with renewable energy sources for decades. Expanding Texas’ natural gas production and exports is key to meeting new global emissions reduction targets, but governments continue to try and obfuscate this process to cater to activist demands.

For instance, the French government earlier this week delayed a 20-year, $7 billion deal between French energy company Engie and Texas LNG company NextDecade. The contract would have required Engie to purchase LNG from NextDecade’s new Rio Grande export facility in Brownsville, Texas, but was delayed after the French government, a part owner of Engie, told the company’s board of directors to delay or outright cancel any LNG deal because of concerns over methane emissions in West Texas.

France’s decision to intervene in the deal is surprising, considering NextDecade has pledged to install new technology that would capture 90 percent of all greenhouse gas (GHG) emissions from the plant. Further, Permian Basin operators have reduced methane emissions by nearly 64 percent in the past 7 years, even as energy production has tripled over the same timeframe. Methane emissions throughout the entire United States have decreased by about 800,000 metric tons of CO2 from 2016 to 2018 as well, which is equivalent to taking nearly 170,000 cars off the road.

The European Union and France specifically cite flaring as a growing concern and potential reason for cancelling the agreement altogether. Flaring in Texas is fortunately at an all-time low and will remain there even as production increases so long as infrastructure keeps pace with new extraction. In fact, the most effective way to cut back on flaring is to build out energy infrastructure—like the NextDecade Rio Grande Facility—to alleviate bottleneck issues that many Texas energy producers face.

A 2018 TNG report also found that the Permian Basin would rank 45th in flaring intensity if it were a country. Considering France will still need to import natural gas from somewhere, it would be forced to turn to countries like Russia – which ranks much higher on the flaring intensity list.

And technological advancements will only ensure the Permian’s ability to keep flaring intensity low. EOG Resources recently introduced a technique known as closed-loop gas capture, which brings captured gas back into production by reflowing gas back into wells. EOG is also using solar power to generate electricity for natural gas compression, reducing emissions associated with combustion. 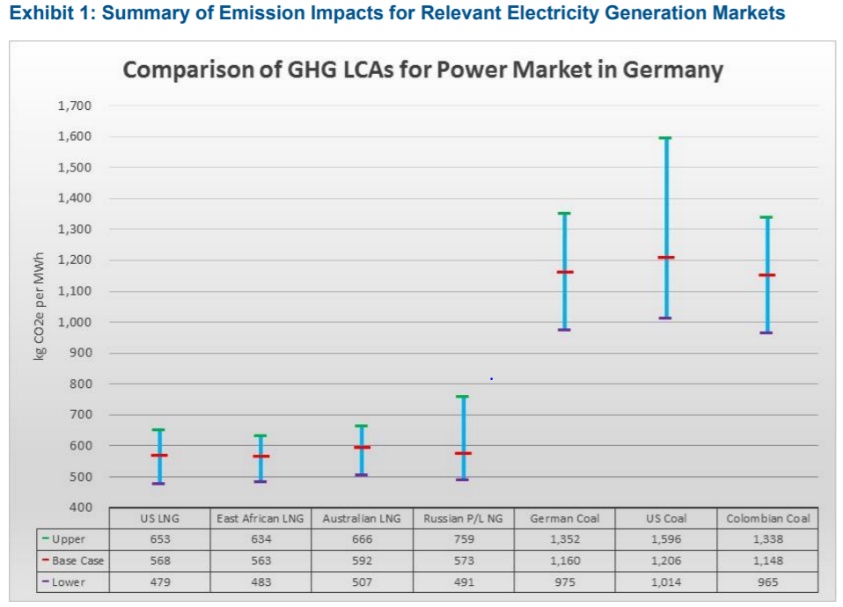 The bottom line is that Texas is ready to supply energy to the world, and we’re continuously improving practices to ensure that it’s being done responsibly. Hopefully, Engie’s board will take a closer look at the scientific evidence demonstrating this and move forward with a deal that will help the country lower its emissions, while simultaneously providing affordable, clean energy to its citizens.