Why the Green New Deal is Climate Denial

Tonight, CNN is hosting a seven-hour event where Democratic presidential candidates will get to talk about their plans to address climate change. We already know that most of them have either endorsed the Green New Deal or support measures that would effectively ban fossil fuels, including clean-burning natural gas. These plans would each cost trillions of taxpayer dollars, including up to $100,000 per household through higher energy taxes and other costs.

But here’s the irony: by declaring an end to natural gas, these so-called “climate” plans would take us in the wrong direction. Since 2006, increased natural gas use in the U.S. power sector has prevented nearly 2.4 billion metric tons of CO2 emissions. That’s over 60% of all CO2 savings over this period, and roughly twice the savings delivered by renewable power sources. 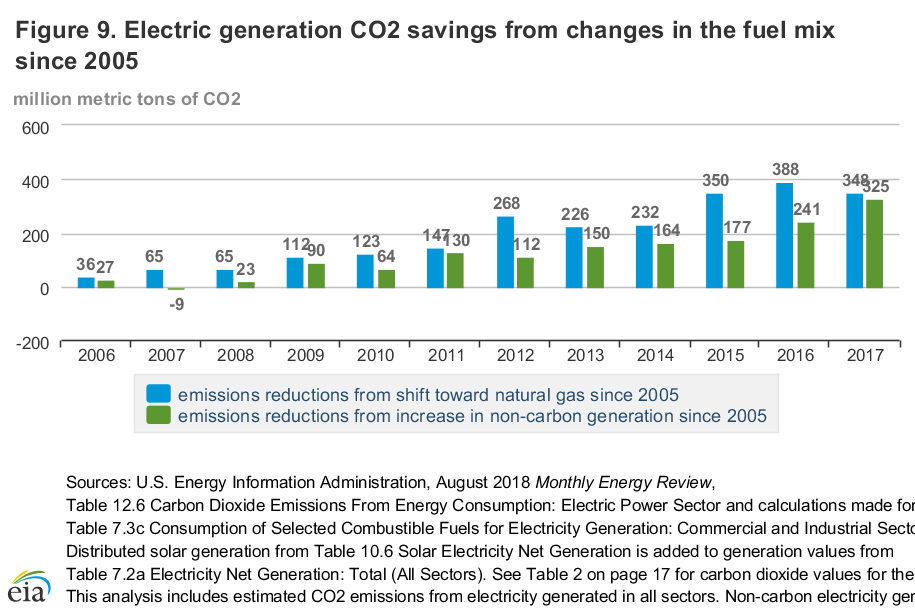 Earlier this year, a peer-reviewed study published in Nature Climate Change found that increased use of natural gas is “a key strategy to support pathways for climate stabilization.” The authors also noted that the climate benefits of natural gas are “stronger than previously found.”

In its Fifth Assessment Report, the U.N. Intergovernmental Panel on Climate Change even credited fracking and horizontal drilling with opening up vast new supplies of affordable natural gas, which in turn allowed for increased use and, as a result, lower emissions:

“A key development since AR4 is the rapid deployment of hydraulic fracturing and horizontal drilling technologies, which has increased and diversified the gas supply and allowed for a more extensive switching of power and heat production from coal to gas (IEA, 2012b); this is an important reason for a reduction of GHG emissions in the United States.” (emphasis added)

Multiple peer-reviewed studies, including ones backed by some of the nation’s largest environmental groups, have affirmed that natural gas has played a key role in reducing greenhouse gas emissions in the United States. Many of these studies can be found on our website by clicking here.

No climate plan can be considered legitimate if it bans or restricts the fuel that has made the United States a global leader in reducing greenhouse gas emissions.