Will a Dallas Ozone Resolution Give EPA More Control in North Texas? 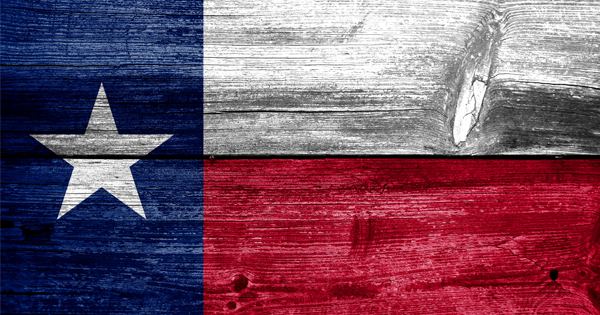 At the end of May, the Dallas City Council’s Committee on Quality of Life & Environment passed a resolution calling for increased ozone regulation in the Dallas-Fort Worth area. The resolution then went to a full City Council vote at its June 15th meeting, where it easily passed.

But is there more to this “clean air” resolution than meets the eye?

The resolution essentially rejects Texas’ State Implementation Plan (SIP) to reduce ozone levels in DFW, which the state is developing to comply with the U.S. Environmental Protection Agency’s (EPA) new National Ambient Air Quality Standards. In its place, the resolution calls for a stricter SIP and more “collaboration” with federal regulators at the EPA.

It might seem odd to transfer authority from state experts to federal regulators, but this resolution is the product of years of advocacy by a regional anti-energy group called Downwinders at Risk. The head of Downwinders, Jim Schermbeck, is a registered lobbyist in the City of Dallas and has, on countless occasions, pushed (and berated) state and local officials to reject the state’s plan in favor of more costly federal regulations from EPA.

“‘Help Us: We Live in Texas.’ That’s the plea of a video released today by a local clean air group [Downwinders at Risk] claiming the state has so intentionally sabotaged Dallas-Fort Worth anti-smog efforts that the residents now need EPA to take over the job.” (emphasis added)

The release continues with an alarming comparison of the state’s clean air plan to racial segregation:

In a more recent post that addressed the Dallas resolution, Schermbeck asked people to give the EPA more “political support”:

“But before it can start writing its own plan, the EPA must first reject the state’s. And for it to do that we must give the EPA the political support it needs to stand up to the backlash from Austin you know will come.”

EPA’s new ozone requirements are among the most expensive federal regulations ever enacted. In fact, some national parks may not be able to comply with EPA’s standard, and the Texas Association of Business has said it will have a “devastating” impact on the state economy. A report last year from the U.S. Chamber of Commerce noted that EPA’s ozone rules could threaten transportation projects in North Texas specifically, causing more traffic congestion and billions of dollars in lost economic activity.

Based on the presentation given at the committee briefing, the resolution is supported by flawed research and a misinterpretation of the local economy.

Citing a report conducted by researchers at the University of North Texas (UNT) – and, fittingly, funded by Downwinders at Risk – the resolution recommends converting all natural gas compressor engines in the Barnett Shale to run on electricity.

This poses a number of problems, as not all areas offer the electrical service required to run the compressors. In addition to converting the facilities themselves, new electrical lines would have to be approved, sited, and constructed. Doing so would entail significant costs, and given the remote location of some of the facilities, it may not even be feasible in some cases.

Further, converting to all electric compressors would significantly increase power demand on the DFW electrical grid. According to the TCEQ, converting to electric compressor engines in the Barnett Shale would increase demand by about nearly 2,000 Megawatts. To put that into perspective, the largest coal plants in Texas typically have a capacity of about 2,000 Megawatts or less, meaning electrification would mean either significant new strain on the grid (which means more potential power outages for North Texans), or it would require construction of a large new power plant in the region, which would actually increase the region’s emissions.

Considering emissions limits on current stationary engines are already very strict – around 0.50 to 0.70 grams per horsepower-hour – switching to all electric engines could do more harm than good. The Barnett Shale Energy Education Council summarized this point well, stating:

“Without much spare capacity, electric conversions would require new electric generating units (EGUs). Any theoretical decrease in NOx (nitrogen oxides, the key component of ground-level ozone in DFW) from electrification would be more than offset by NOx emission at new EGUs.” (emphasis added)

TCEQ has also pointed to “increases in NOx emissions” as a result of electrification:

“Depending on the electricity demands of the motor and local electricity transmission lines, a transformer may be necessary to adjust supply voltage. Increased electricity demand would require increased generation at existing EGUs with associated increases in NOx emissions. If sufficient EGU capacity is not available, several new baseload EGUs would need to be constructed.” (emphasis added)

Notably, the Downwinders-funded report received local criticism for showing only the impact on peak ozone levels, not long-term averages, the latter of which determine compliance with EPA’s ozone standards.

“This study gives those regulators another set of data points to consider as they move forward…You’ve just got to be careful how it’s interpreted.” (emphasis added)

All Pain, No Gain

Even worse, the costly measures recommended by this resolution would yield virtually no environmental benefit.

The Downwinders-funded report includes a modeled scenario where 100 percent of NOx emissions and volatile organic compounds (VOCs) are eliminated from the Barnett Shale and the Haynesville Shale in East Texas. To be clear, the only way to achieve zero NOx and VOC emissions is to shut down oil and gas development entirely. Even if all of the gas compressors were converted to electric, it would not completely eliminate emissions from those sites.

The 100% emission-reduction scenario shows ozone concentrations declining, at most, by 5.4 parts per billion. But even that is a generous estimate, because the 5.4 ppb reduction would only occur at one monitoring station, not the entire region. According to the Downwinders-funded report, a more likely reduction would be 2-3 ppb – a de minimis impact.

In other words, shutting down the entire oil and gas industry in North Texas would yield ozone benefits that are effectively zero. Doing so would, however, inflict almost incalculable economic damage, not just to North Texas families but to the entire state.

Unsurprisingly, the State of Texas previously determined that full electrification would be “economically infeasible” in North Texas.

The UNT authors of the Downwinders-funded report claim that their data and models come directly from TCEQ. As described by the Dallas Observer:

“Though commissioned by the environmental activism group Downwinders at Risk, the research itself was conducted by actual researchers in academia, using figures, they say, that came from the TCEQ’s own data and models for ozone projections.” (emphasis added)

Schermbeck himself added that his group does have “an agenda” on ozone, but claimed the report would not reflect it because of the data source:

“We do have an agenda, but in this case the study was directly from their [the state’s] model, so that agenda has no way of showing up in the model itself. That’s all from the state.” (emphasis added)

Schermbeck also told CBS News that he viewed the report as a “great weapon”:

“It’s a brand new weapon…It’s a great weapon, because it’s the state’s own information. The industry is going to have a hard time arguing against it, because it’s what’s being used in Austin to plan this whole new air quality with the EPA.” (emphasis added)

But the state isn’t so sure. When asked about the Downwinders-funded report’s modeling and data, TCEQ couldn’t confirm what the UNT researchers and Jim Schermbeck had told the media, since TCEQ was not given access to the full set of inputs and outputs:

“[W]e cannot verify how the work was done in detail or whether or not we agree with their final product or conclusions.” (emphasis added)

According to a report in EnergyWire, TCEQ said a complete analysis of ozone mitigation options “would have to include a discussion of the cost and technical feasibility of controlling pollution.”

In a presentation given to the state last fall, the authors admitted there was “no cost-benefit analysis conducted on the efficacy of each control strategies [sic].”

In addition to the Downwinders-funded study, the resolution also relies on a questionable 2012 study from the Houston Advanced Research Center (HARC). The HARC report, “The Potential Near-Source Ozone Impacts of Upstream Oil and Gas Industry Emissions,” claims emissions from compressor engines and flaring are major contributors to ozone in North Texas. Citing the HARC report, the presentation to the Dallas Quality of Life & Environment Committee states:

The only problem? Flaring is not commonly used in the Barnett. This was true even several years ago when Dr. Eduardo Olaguer, the researcher who conducted the HARC study, was modeling emissions.

According to TCEQ’s Barnett Shale Special Inventory, flaring accounted for only 78 of the 57,000 recorded emissions sources – about 0.13 percent – in 2011, which was when Barnett Shale production was nearly at its peak. In a 2015 report, state researchers noted that “other stationary equipment,” which includes but is not limited to flares, only accounted for 3 percent of total emissions in the Barnett in 2009.

“[T]he paper offers no comparison to actual observations or other performance evaluation to determine the adequacy of this relatively unknown model.”

TCEQ even warned against this study being used to influence policy.

“While running hypothetical modeling scenarios can be helpful in improving the understanding of the causes of and solutions to air pollution issues in Texas and elsewhere, researchers must exercise caution when extrapolating the results to the realm of public policy.” (emphasis added)

In contrast, TCEQ operates the most extensive air quality monitoring system in North Texas. The agency has collected real data from continuous air monitors around the Barnett Shale for years, finding that air quality has continued to improve. According to a report published by TCEQ last year, Texas ozone levels in 2014 “either equaled or were lower than the best levels ever measured in most areas of the state.” As the report mentions:

“In the Dallas-Fort Worth area eight-hour ozone levels have likewise improved 21 percent during the last 15 years while the population grew more than 29 percent.” (emphasis added)

Over the same period when ozone levels declined, natural gas production from the Barnett Shale grew by more than 2,100 percent.

Looking forward, TCEQ expects ozone levels to continue declining. According to an updated version of the SIP released last November, the agency projects oil and gas production will account for only about 10% of total NOx emissions in DFW next year, down nearly 38% since 2006. Overall, TCEQ expects a huge reduction in NOx emissions in DFW next year, estimating them to be only about half of what NOx emission levels were in 2006.

Stricter ozone regulation is estimated to cost the average U.S. household $1,570 per year due to increased energy costs for manufacturers and homes across the country. Further, according to the U.S. Chamber of Commerce, stricter regulations could result in “non-compliance penalties” on the city if they are not met, threatening transportation projects and further hurting the local economy.

Texas already has a proposed plan to address ozone. But it’s apparently not strict enough for extreme activist groups like Downwinders at Risk who want the EPA in charge, not state regulators. Instead of allowing the state finalize its plan to reduce emissions, environmentalists would rather push immediately for more federal control – even if giving EPA more power ends up crippling the North Texas economy without delivering any meaningful environmental benefit.