BERLIN—Chancellor Angela Merkel has offered government support to efforts to open up Germany to U.S. gas, a key concession to President Trump as he tries to loosen Russia’s gripon Europe’s largest energy market.

Over breakfast this month, the chancellor told a small group of lawmakers her government had decided to co-finance the construction of a €500 million ($576 million) liquefied natural gas shipping terminal in northern Germany, according to people familiar with the meeting, giving a crucial nudge to a project that had failed to get off the ground for years in a country that gets most of its gas cheaply from Russia. 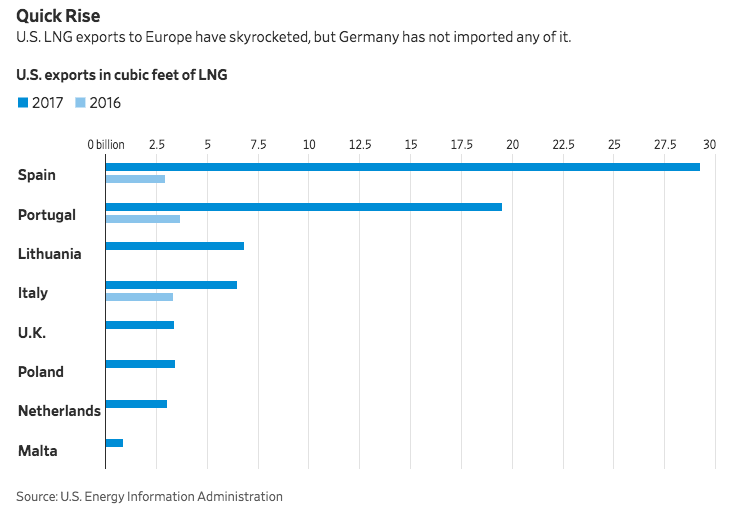 As she briefed lawmakers from Germany’s northern coastal region, Ms. Merkel didn’t describe her change of mind as a defeat but as a “strategic” decision that could pay off in the longer term, according to the people. Experts agree that opening up its energy market won’t have an immediate economic benefit for Germany, but it could eventually help the country diversify.

For years, plans to build an LNG terminal by several groups were stalled because there was no government support that would make such a project economical. On Oct.16, less than a week after the meeting, an international consortium filed its first official bid for state support for a terminal in the northern town of Stade, near Hamburg.

A ceremony took place on a terrace overlooking Berlin’s landmark Brandenburg Gate in the presence of senior politicians and U.S. Ambassador Richard A. Grenell, a confidant of Mr. Trump and the president’s main conduit in his lobbying effort. 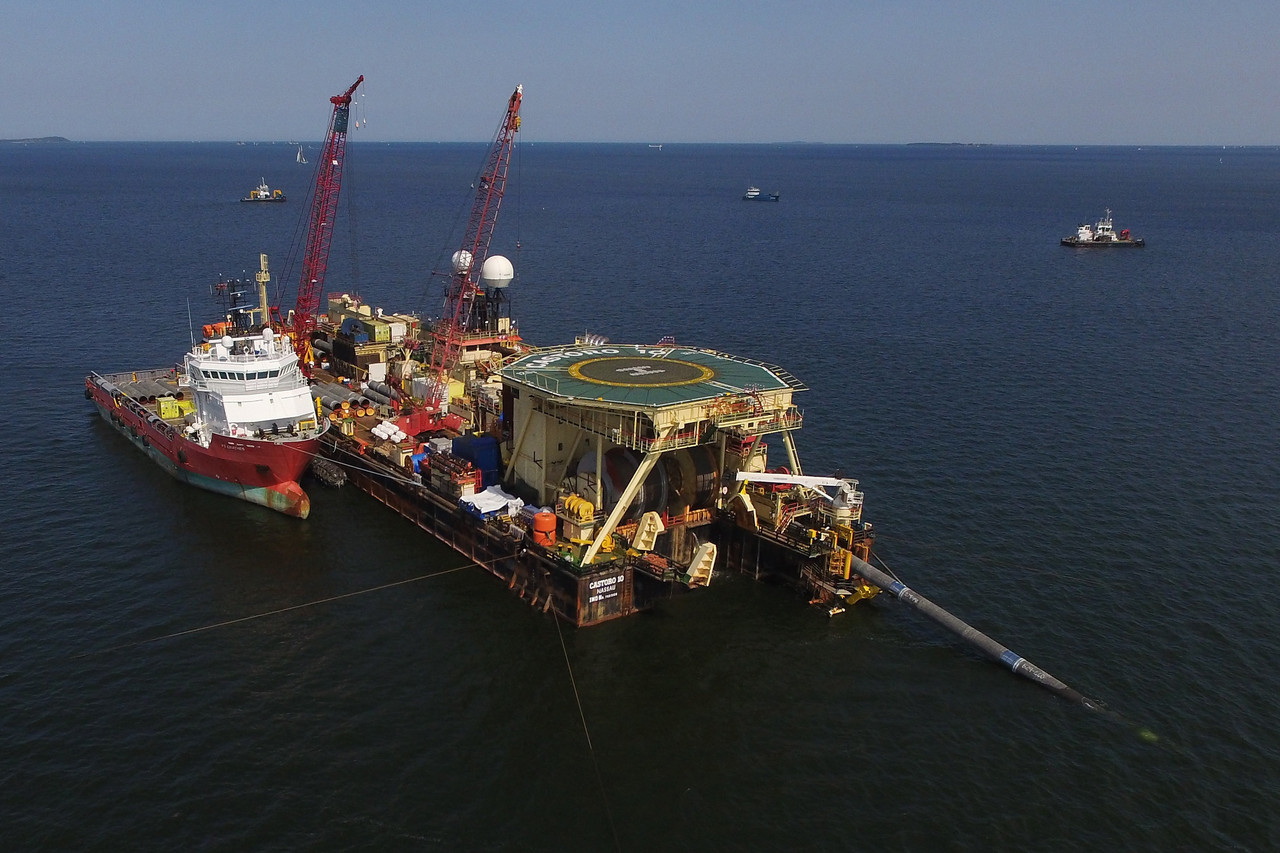 How much support Berlin will provide and in what form—cash subsidies, loans, credit guarantees, loss protection for investors, or a mixture of the four—remains unclear. But the government has already decided to fast-track the review of the application, according to people familiar with the process, making it likely that the decision will be made by the end of the year.

Two competing consortia are expected to file their own applications for government backing to build an LNG terminal—one in Brunsbüttel, some 30 miles to the north of Stade, and a third in Wilhelmshaven, a nearby marine base that boasts a deep-sea container ship terminal. German officials said Stade and Brunsbüttel are front-runners due to their advanced stage and location advantages.

U.S. LNG is mostly mined from underground rock formations, turned into liquid and shipped in 300-meter-long tankers. It requires special terminals for unloading, storing and converting it back into gas. The complex process means it remains around 20% more expensive than Russian gas, which is delivered straight to Germany mainly via the Nord Stream pipeline.

Some of the German projects have been derided by government officials as white elephants that never stood a chance of making a profit. A 2016 University of Cologne study found that the German terminal wouldn’t be viable in the short term since the market’s LNG needs could be covered via an existing terminal in the Netherlands.

During her conversation with local lawmakers, Ms. Merkel said she didn’t think an LNG terminal would break even for at least a decade and would require long-term government support.

A German government spokesman said the decision to fund a terminal was made in accordance with commercial interests and not U.S. pressure.

One U.S. argument making headway in Germany is that buying U.S. LNG would improve Germany’s energy security by making it less reliant on Moscow. Russia accounts for over 50% of German gas imports, with the rest primarily from Norway and the Netherlands, according to BP’s 2018 Statistical Review of World Energy. Mr. Trump has repeatedly said Berlin was “captive” to Moscow and would become dependent on Russian exports.

Dan R. Brouillette, U.S. Deputy Energy Secretary, said the U.S. government felt “very strongly” that Berlin shouldn’t put all its eggs in one basket. “LNG is a personal priority for the president and a policy priority for the government,” he said.

The economics of LNG are likely to improve, some experts say. Germany wants to phase out nuclear power and its reliance on coal, which produces large quantities of climate-warming CO2, means it will need to turn to cleaner gas to meet ambitious climate targets, said Oswald Clint, a London-based LNG expert.

Dutch gas mining is expected to be phased out within a decade due to environmental concerns and U.S. LNG could make up for that share of the German market, he said.

Manfred Schubert, the CEO of LNG Stade, said his site would be fully operational by 2023 if the funding is granted by the end of the year.

“Subsidies would of course make our project more attractive, but it’s based on sound economics and it will be profitable,” he said.

The terminal would be based in the 550-hectare (1,400-acre) Dow chemical plants on the bank of the Elbe River. Dow hasn’t publicly commented on the project but senior managers said the plant’s connection to Germany’s gas grid offered synergies that would make building an LNG terminal there some €100 million cheaper than other proposed sites.

Oliver Grundmann, a lawmaker from Ms. Merkel’s conservatives for the Stade constituency, said the terminal could supply LNG to the port of Hamburg to refuel new ocean liners. AidaNova, a luxury cruise ship owned by Carnival Corp. & PLC to be launched this month, will be the first to be powered by LNG, in line with new environmental regulations.

“We need to make this step now, and not just because Mr. Trump is demanding it, but because it’s necessary for our future,” Mr. Grundmann said. “Stade will be a symbol of the new trans-Atlantic relationship.”