Without Fracking For Natural Gas, The U.S. Loses And Putin Wins

Let's do a short, if not this (fracking here at home), then that (reliance on global suppliers like Vladimir Putin)

The boom in U.S. fracking, along with its twin technology of horizontal drilling, is why U.S. natural gas production has soared 60% since 2008 to around 90 Bcf/d, more than a quarter above second place Russia.

It's been a constant surge of 15-20% annual growth in U.S. shale gas output, all attributed to the constant advance of gas technologies and operations.

Thanks to astounding and previously unforeseen improvements, shale gas now accounts for an overwhelming share of U.S. gas output. 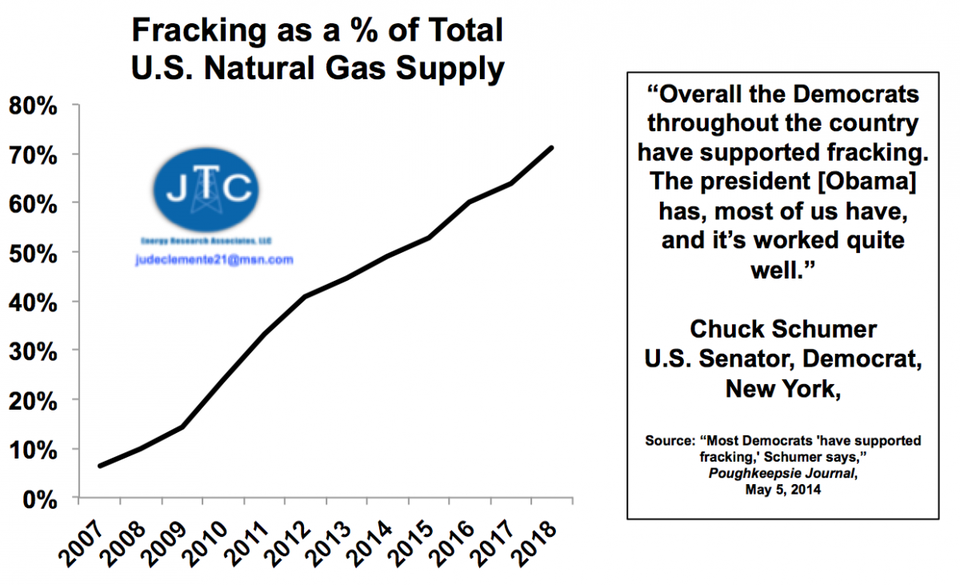 Looking forward, it's fracking that will continually allow for more U.S. gas production, rising 1-2% annually for as far out as the U.S. Department of Energy models through 2050.

Without fracking, there will basically be no incremental growth in U.S. output, as the modeling goes.

And it's fracking that will allow for U.S. gas demand to rise at about half that rate, opening up a whole world of export opportunities to a poor and energy-deprived world that wants to lower greenhouse gas emissions. "COP21 Means More Natural Gas and the U.S. Must Help."

I'm just going to stick to gas for this post, but just know that fracking has enabled the U.S. to become the largest oil and gas producer ever, two fuels that will still supply 60% of our energy in 2050, per U.S. Department of Energy January 2019 projections. 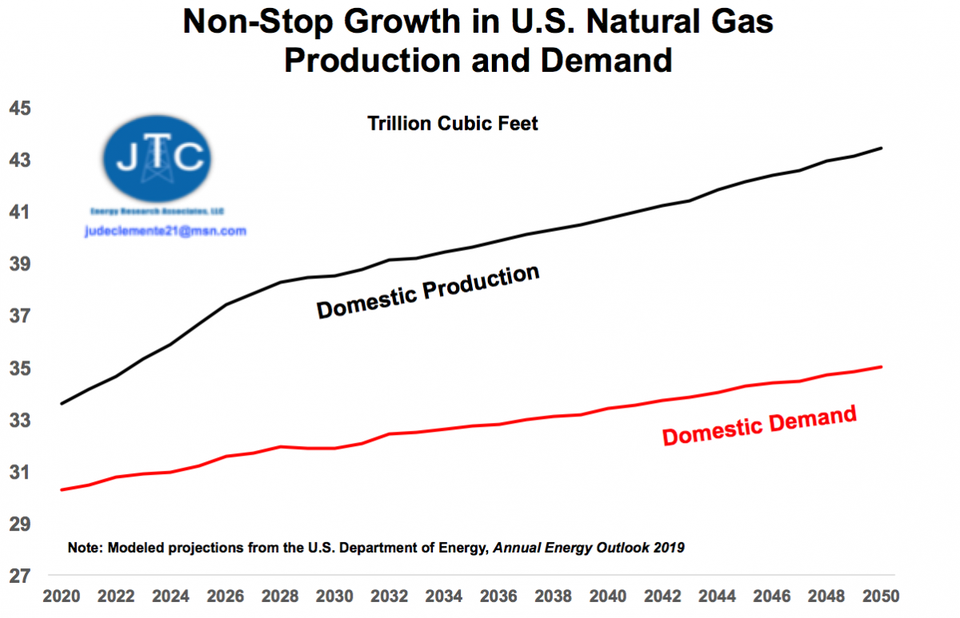 It's simply undeniable that modeling from serious, unbiased forecasters indicates that natural gas will remain dominant in U.S. electricity generation.

Most recent modeling in January 2019 from the U.S. Department of Energy's National Modeling System confirms that.

Gas has been accounting for 50-70% of new power capacity builds in the country, for decades going forward, the most modern and efficient plantsgenerating cleaner electricity and critically backing up wind and solar for those frequent times when the wind isn't blowing and the sun isn't shining.

Across the country, utilities' Integrated Resource Plans are filled with more gas capacity.

Gas is more reliable, is lower cost, and, as a compact energy source, doesn't face some of the hugely underreported NIMBY problems that wind and solar do, even in the most pro-renewable states: "First major offshore wind project in jeopardy of being blocked;" "California’s biggest county could severely restrict solar energy projects."

And remember that it's actually gas that wins under the electricity plan to plummet CO2 emissions in the U.S. power sector.

Started under President Obama, and now being pushed by so many Democrats to combat climate change: "Natural Gas Dominates Under EPA's "Clean Power Plan." 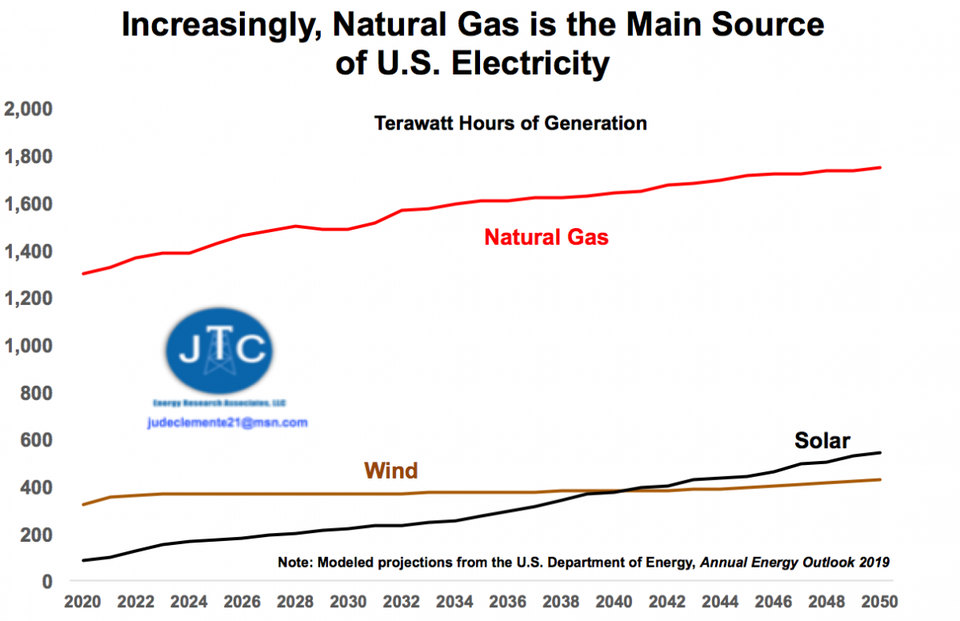 Despite outside rhetoric, the reality is that gas still dominates new power capacity builds in the U.S. (DATA SOURCE: EIA; JTC)

Given this inarguable shift to more natural gas in the U.S. electricity sector (and also in manufacturing), opponents of fracking are a direct threat to U.S. national security.

That's because the reality is crystal clear: if we don't produce more gas here at home, we will be forced to buy gas from foreign nations

This will increasingly put the security of our energy future and power grid dangerously in the hands of outsiders.

We could very easily find ourselves at the mercy of Russia and its emerging Gas Exporting Countries Forum (which seeks to manipulate the globalizing gas market like OPEC does for oil).

This is especially true since neighbor and key U.S. supplier Canada has huge plans to ship gas via LNG to high-paying consumers all over the world.

Given that electricity is indispensible to our economy, health, and way of life, its value is so great that it simply can't be measured.

That means ditto for our domestic gas supply.

Fracking is the only way we can compete with those seeking to dominate the global energy markets that are increasingly becoming more connected, so the following headline from Bloomberg (again, not exactly Fox News) makes perfect sense: "Putin's Other American Propaganda Effort: Anti-Fracking News."

Indeed, as an anti-pipeline, anti-gas producing, but gas-devouring region, New England has perfectly illustrated what the anti-frackers will gift us: "Why natural gas from Putin's Russia has to be imported to New England."