Power plants have been steadily increasing their use of natural gas in recent years, tapping into an abundant supply of the clean-burning fuel unlocked by fracking. According to the EIA, that increased use has contributed directly to falling greenhouse gas emissions in the United States:

EIA also credits the expanded use of renewables like wind and solar for helping the United States emit less carbon dioxide. But the data show natural gas has been the primary driver of falling emissions since 2006. 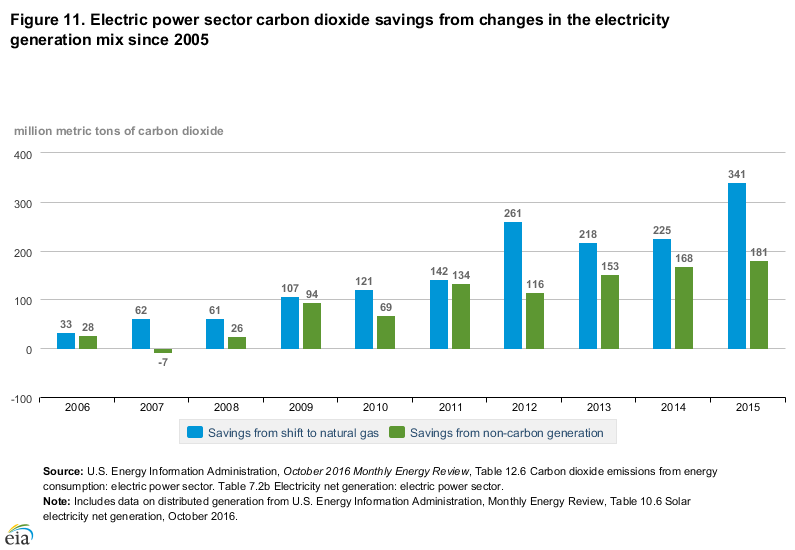