Defying estimates made just months ago, EIA reported this week that American crude oil production topped 10 million b/d in November 2017 for the first time since November 1970.  Much of this growth has stemmed from shale development, EIA notes, as horizontally drilled and hydraulically fractured wells accounted for 10.7 million feet of the almost 13 million total feet drilled in 2016.

According to the EIA, oil production from shale in Texas achieved record highs last November, as output topped 3.89 million b/d. To put that in perspective, Texas shale oil production was over three times higher than the next highest producing state, North Dakota, which had roughly 1.18 million b/d in output that month.

In addition to historic shale production in Texas, overall oil production from tight formations across the country reached a record high of 5.09 million b/d in November, besting the previous high set in March 2015 by nearly 400,000 b/d. With this, liquids production (crude oil and condensate) now accounts for roughly 51 percent of total U.S. production, up from just 7 percent in November 2008.

This record production has allowed the United States not only to meet demand domestically but also transition into a global exporter of crude oil. According to EIA, U.S. crude oil exports grew by roughly 380 percent between November 2015 and November 2017, reaching over 1.5 million b/d. Meanwhile, October 2017 saw record oil exports, as the United States shipped abroad more than 1.73 million b/d. 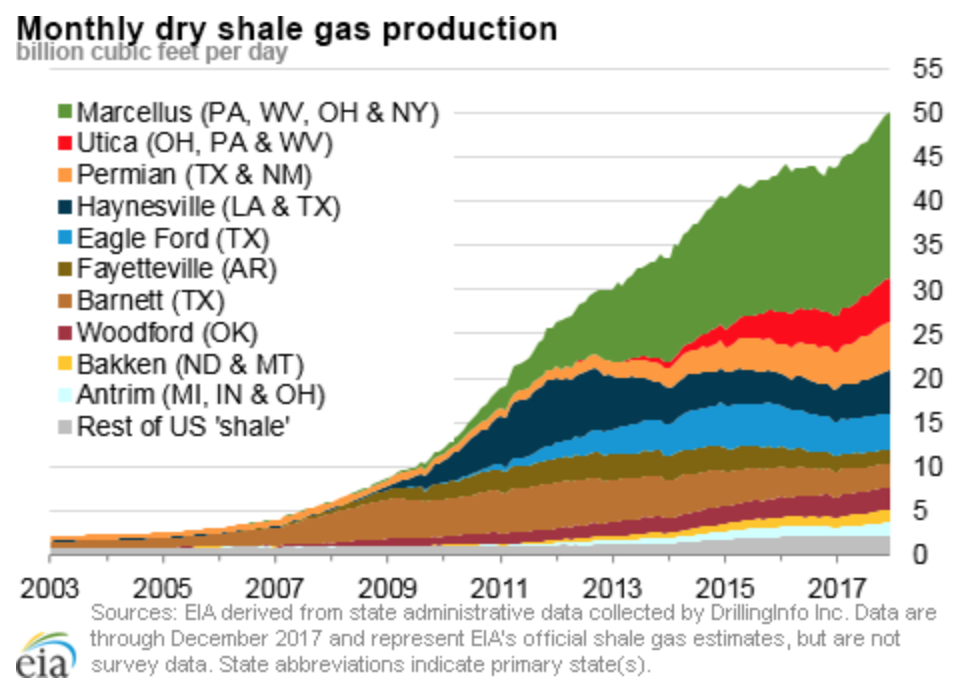 This forecast echoes the conclusions reached in a Texans for Natural Gas report released earlier this year, which found that while natural gas power generation in the state grew by 17 percent from 2008 to 2016, residential prices in Texas declined by nearly 15 percent.