In fact, many of the projects that the EIP lists as the largest emitters are currently under construction and not even operational. According to the U.S. EPA, these facilities reported zero emissions during years in which EIP lists their emissions in the millions of tons.

This is not the first time the EIP has acted to stymie petrochemical facilities in the Gulf Coast with dubious data, as the group has collaborated with other activist organizations such as Sierra Club and Portland Citizens United to oppose an ethane cracker planned for the Corpus Christi region. In this case, however, the attempted deception on air emission levels is particularly alarming.

In its report, EIP claims that 74 projects along the Texas and Louisiana Gulf Coast could add 134 million tons of “global warming pollution to the atmosphere every year – as much as 29 new coal-fired power plants running around the clock.” On the surface these emission levels appear to be staggering, which is what EIP had hoped the public would latch onto. Unfortunately, some in the media fell for it.

After years of planning in order to meet environmental regulations and minimize impact, petrochemical facilities apply for air emissions permits through state agencies such as the Texas Commission on Environmental Quality (TCEQ). These permits represent the maximum level of emissions allowed, and as such these permitted levels are often higher than what the facility actually emits. By reporting the permitted emission increases rather than reported emissions, EIP is claiming significantly higher emissions than what is occurring.

The table below lists just a sample of the facilities in EIP’s report, and demonstrates how EIP is misleading the public about Gulf Coast emissions.

Indeed, the largest “emitter” in the report – Sasol North America’s Lake Charles chemical complex – is listed by EIP as adding over 10.4 million tons of carbon dioxide equivalent (CO2e) emissions per year. In reality, the facility’s emissions were 771,013 tons CO2e in 2016, or 92.6 percent less than what EIP’s report suggested, according to U.S. Environmental Protection Agency data.

Other facilities show similar gaps. For example, Lyondell Chemical and Equistar Chemical’s Channelview facility saw actual emissions 57.3 percent lower than what EIP reported for 2016. Ticona Polymers’ facility in Nueces County, Tex., emitted 70.7 percent less in 2016 than what is stated in the EIP report.

More astounding still, several of the projects that EIP lists in the report are not even operational. The report suggests that the Magnolia LNG liquefied natural gas export facility in Lake Charles, La., added over 2.5 million tons of CO2e emissions per year between 2012 and 2016. However, since Magnolia LNG only received authorization to construct the project in April of 2016, and has yet to be complete, EPA data show the facility emitted zero tons of CO2e in 2016.

But Magnolia LNG isn’t the only non-operational facility included in the EIP report. The third largest “emitter,” Driftwood LNG, is described as having increased annual greenhouse gas emissions by 9.5 million tons of CO2e. Yet according to the Driftwood LNG site, construction on the facility won’t even begin until the first half of 2019, and it won’t be operational until around 2023. This is true of the Cameron LNG facility as well, which, despite still being under construction until 2019, is listed by EIP as emitting over nine million tons of CO2e emissions per year since 2012.

It’s important to emphasize that EIP’s report only looks at permitted increases in emissions, not necessarily total emissions from the facility in question. Many of the plants have undergone significant expansions in recent years, taking advantage of a surge of oil and natural gas in the United States. But this only makes EIP’s deception that much worse, as total facility emissions for some of the projects are often less than the numbers EIP reported.

For example, the Houston Chronicle’s coverage of EIP’s report claims that “[in] Harris County, the biggest polluters include Flint Hill Resources Houston Chemical (2.1 million tons of carbon dioxide emissions)” – except the facility didn’t emit anywhere close to that. EIP was only listing the permitted emissions increase for the facility’s propylene expansion. In 2016, the Flint Hill Resources Houston Chemical facility emitted a total of 670,657 tons of CO2e, or 68.3 percent less than the permitted 2.1 million tons CO2e in 2016 that EIP let the Houston Chronicle run with.

The Chronicle’s story also claims that the Corpus Christi LNG facility is the “worst polluting offender in Texas” and that it “emitted nearly six million tons of carbon dioxide from 2012 through 2016.” This is simply false. The facility looked like this in 2016: 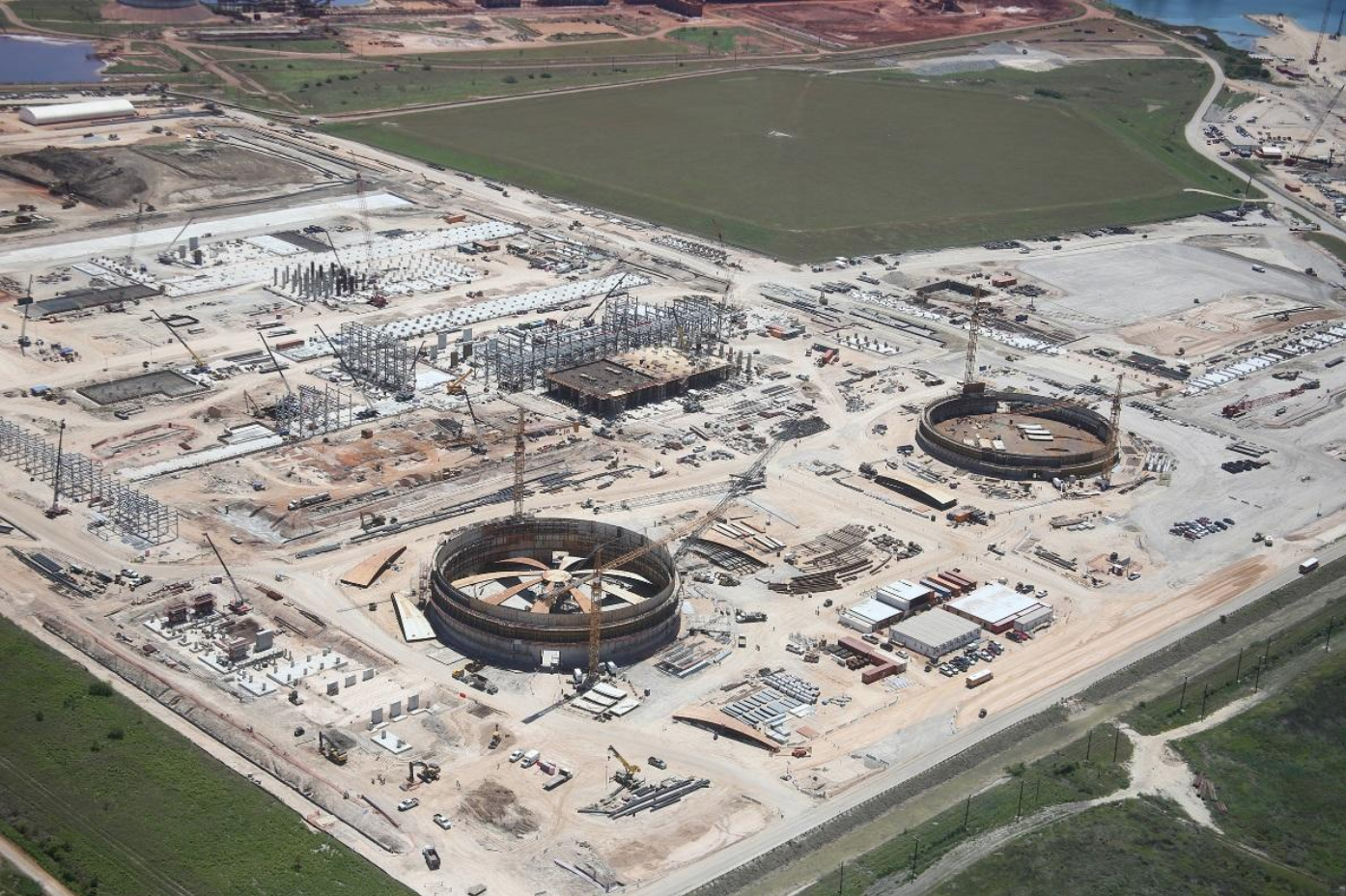 The Corpus Christi Liquefaction Terminal will only begin operations later this year or in 2019.

Amazingly, six of the top ten “emitters” listed in EIP’s report are either currently under construction or have yet to start construction.

Pattern of Public and Media Deception

This is not the first time EIP has presented permitted emissions levels to mislead the public. The group released a similar report in 2016, which claimed that in 2015, 44 petrochemical projects were “proposed or permitted in the U.S. that are expected to pump about 86 million tons of greenhouse gases per year into the atmosphere.” This figure was again based off permitted emissions rather than actual emissions.

“[T]he amount of carbon dioxide included in the permit is what would be released if the plant ran at full capacity year-round. The actual amount released is always less.” (emphasis added)

EIP’s deception on emissions reporting has duped the media multiple times. Will the next EIP “research” report be met with the appropriate skepticism and scrutiny?

*UPDATE* (10/8/2018) The Houston Chronicle’s story was recently corrected, and now acknowledges that the Corpus Christi LNG facility is “not yet operational.” It also describes the Flint Hills Resources facility as being “permitted” to emit, rather than being among the “biggest polluters.” This blog post reflects the language that originally appeared in that story as published on September 27, prior to the corrections made one week later on October 5.