New data from the Texas Oil & Gas Association (TXOGA) shows that oil and natural gas development in Texas generated an astounding $9.4 billion in taxes and state royalties in 2016. That comes out to $26 million per day in state and local revenue, even as the industry suffered from a down market. 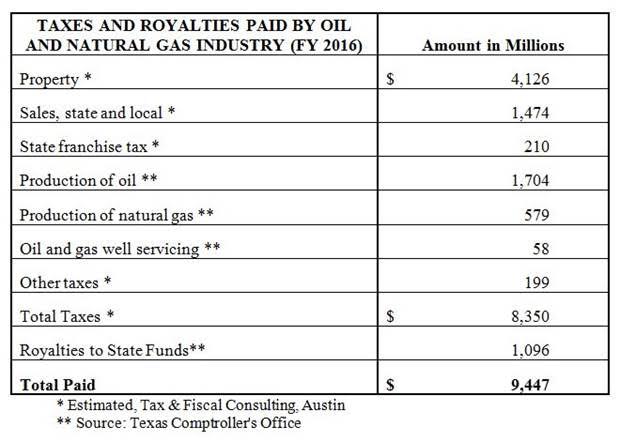 The substantial benefits of oil and natural gas development in Texas are well known. Whether it’s providing billions of dollars to the state’s education system, boosting local economies and property values, or improving American energy security, oil and natural gas production is a critical part of the economy in the Lone Star State.

According to Todd Staples, TXOGA president:

“Even in a down market during fiscal year 2016, the Texas oil and natural gas industry contributed an average of $26 million a day to state and local revenue. The oil and natural gas industry has paid $108 billion in state and local property taxes and state royalties since 2007 – a figure that would finance the current annual state budgets for the University of Texas-Austin and Texas A&M University, combined, for well over 100 years.”

Staples added that Texas oil and natural gas production is helping save American families money – an average of $1,300 per family in 2015:

You can learn more about TXOGA’s new data by clicking here.