U.S. Crude Exports Are Soaring With Texas In The Driver’s Seat

At the center of this astounding growth is Texas; not only for the record oil production stemming from places like the Permian Basin and the Eagle Ford Shale, but also for the integral role Texas ports are playing in delivering U.S. crude to trade partners around the world. 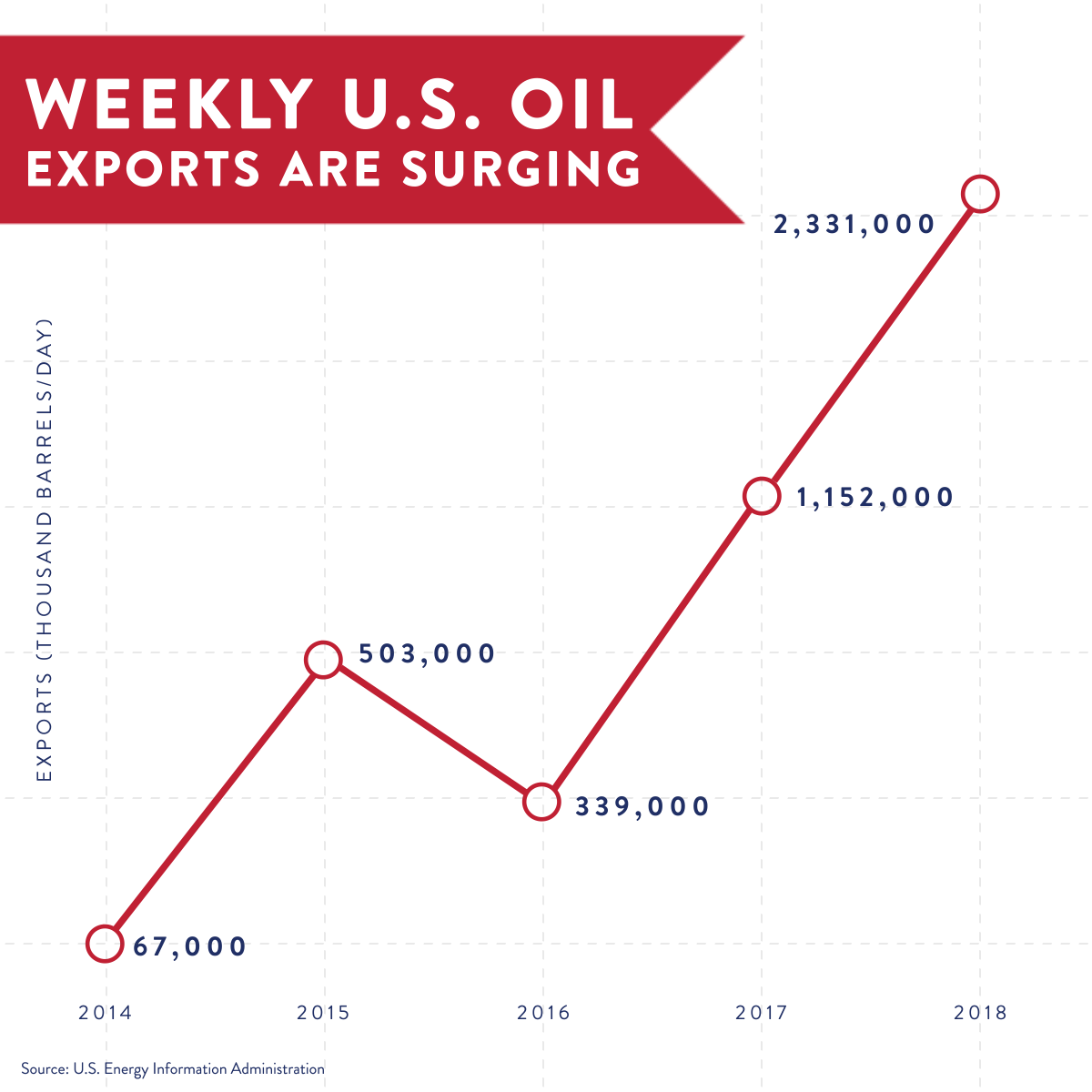 Texas has experienced unprecedented growth in production over the last decade thanks to technologies like hydraulic fracturing and horizontal drilling. The Lone Star State’s average annual oil production increased by 300,000 b/d in 2017 alone, growing by more than all other states and the Gulf of Mexico combined, to average 3.5 million b/d of production last year. This abundance of resources has spurred a significant uptick in U.S. crude and petroleum exports, especially from Texas ports.

The Port of Corpus Christi, already the leading exporter in the United States, announced in October 2017 that it would undertake a $327 million expansion project to further position itself as a global trading hub. Having already shipped crude to 30 different countries last year, the port’s expansion, coupled with its ideal placement near the oil-rich Eagle Ford Shale, could further bolster the United States as a key player in the global oil market. As Corey Prologo, head of oil trading and director for Trafigura North America said earlier this month:

“North American supplies have launched the U.S. onto the world stage as a new crude provider…Upgrading the terminal’s deep-water docks at Corpus Christi will help us to meet the growing demand for this product from European refineries and Far East refineries and petrochemical plants.”

It’s no surprise then, that companies are looking to invest in new infrastructure projects to help Texas oil reach export terminals on the Gulf Coast.

For example, Phillips 66 Partners and Andeavor just announced a joint venture to construct a major oil pipeline, the Gray Oak Pipeline, that will connect the Permian Basin to the South Texas Gateway Terminal at the Port of Corpus Christi. Estimated to transport up to 700,000 b/d, the Gray Oak pipeline joins the 730-mile, 550,000 b/d Epic Y Grande Pipeline announced last year as another main artery carrying Permian crude to the port.

With Texas oil production expected to continue climbing thanks to record Permian output, and new pipeline projects set to move even greater supplies of crude to the Gulf Coast, Texas is uniquely positioned to drive the future of U.S. crude exports.