The Green New Deal is a bad deal for Texas. It would eliminate billions of dollars for Texas education, while also putting millions of hardworking Texans out of a job. Supporters of this radical plan claim there would be a ‘just transition,’ but that’s easy to say when it’s not their job that will be eliminated. No government plan devised in Washington will ever be ‘just’ if it involves taking away paychecks from hardworking men and women in Texas.

The U.S. Energy Information Administration (EIA) recently published their 2019 Annual Energy Outlook. Whenever your optimism on the prospects for U.S. energy infrastructure waivers, this will restore your confidence. The outlook for domestic energy production is bullish, and in many cases more so than a year ago.

Golden Pass Products LLC announced plans Tuesday morning to start construction on an over $10 billion expansion to the existing Golden Pass LNG facility in Sabine Pass, Texas as soon as this spring. Golden Pass predicts the project will create about 9,000 construction jobs over the five-year construction period and more than 200 permanent jobs once the facility open. If the project gets underway by the first quarter like Golden Pass expects, it believes the terminal will be open by 2024. 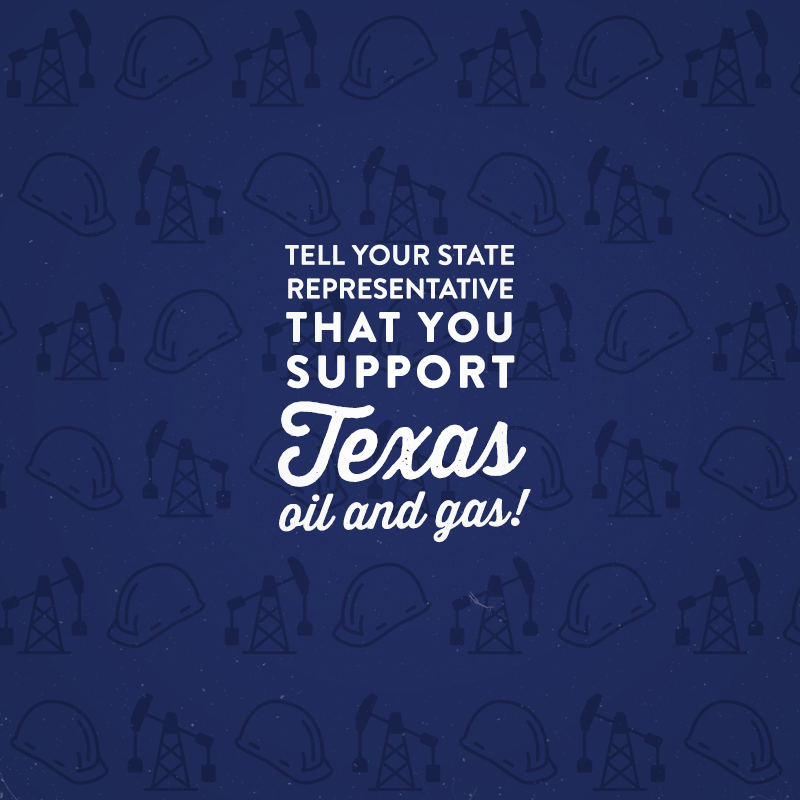 The Texas Legislative Session is officially underway! Click here to remind your State Representative how important oil and gas production is to Texans: https://p2a.co/M95IfBF

TXOGA’s Texas Energy Day is right around the corner! If you're in Austin, come down to the Capitol to celebrate the accomplishments of Texas oil and gas! Click here for more details: https://www.facebook.com/events/2290934517793396/