Activist group Earthworks is at it again, putting their own erroneous spin on science and Texas regulations in order to – as they admit -- “stop permitting new oil and gas facilities”. In its latest report, the group claims that the majority of flares on Texas well sites are illegal.

"There are flaws in Earthworks' analysis. The conclusion of the report is based on incomplete data or inaccurate assumptions."

The bottom line is that Earthworks and the authors of the report have an agenda, and it’s one the group isn’t shy about saying: banning oil and gas development in Texas. In fact, one author, Sharon Wilson, has explicitly stated that not only should we end oil and gas development, but that “no regulation will ever be enough.” 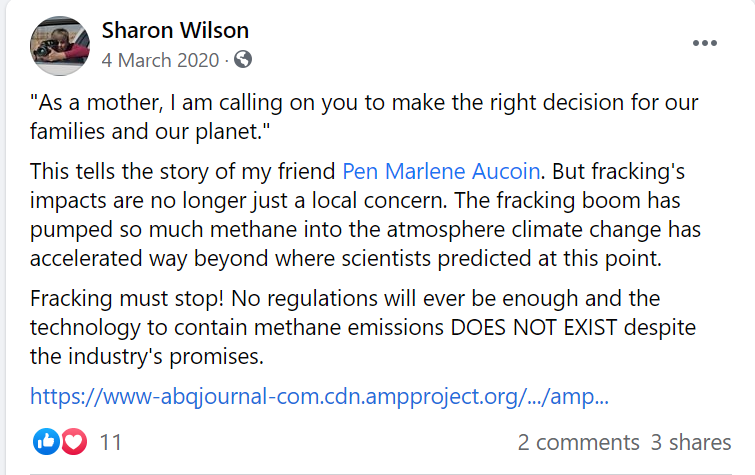 As Ed Longanecker, president of the Texas Independent Producers & Royalty Owners Association said in a statement on the report:

“This is an unserious report that should not fool anyone. The authors ignore or dismiss anything that might contradict their preconceived and politically-driven narrative, including the fact that flared gas volumes in Texas have fallen more than 70 percent over the past two years and that methane intensity in the Permian Basin has also fallen 77 percent since 2011. Worst of all, this report arrives at the absurd conclusion that Texas should stop permitting new oil and gas development. The economic devastation from that kind of 'solution' would be orders of magnitude worse for Texans than cherry-picked conclusions drawn from this report."

Texans for Natural Gas offers five facts to keep in mind when reading the report and news coverage of it:

Fact #1: Earthworks bases its analysis on assumptions and limited data.

Earthworks claims to have identified 227 flares in Texas’ Permian Basin that were observed during flyovers conducted by the Environmental Defense Fund (EDF) in January, March and June of 2020. Of these, it says 84 percent (approximately 190 wells) were being flared without a permit. This reflects a clear misunderstanding of the landscape in Texas and relies on inaccurate assumptions to reach this conclusion.

For example, EDF “…attributed the observed plumes and emission sources to the most likely responsible operators,” according to the methodology laid out in its own report on these flyovers. In other words, it used some educated guesswork to say a certain well was flared but didn’t actually verify if the attributions were correct.

Earthworks then took this data and compared it to the RRC’s Master Flaring and Venting Document to determine whether the operator – who may or may not have actually been flaring  – had a permit to flare its well.

Before Earthworks even published the report, the RRC responded to an advanced copy it received from the group. RRC found that 36 sites included in Earthworks’ analysis had proper permits. Earthworks was forced to add t a section to its report downgrading the “illegal” permitting to closer to 69 percent of the observed wells.

Further, RRC said that the “flyover information can be problematic,” explaining that “a short-term observation of a flare and absence of an explicit exception does not necessarily mean the observed flaring is illegal.”

Fact #2: Not all flaring requires a Rule 32 exemption.

How can a flared well that doesn’t have an ‘explicit exception’ (Statewide Rule 32: 16 Texas Administrative Code §3.32) permit still be legal? According to RRC:

“It is also very important to note that an exception to Rule 32 (i.e, an exception to flare gas) may not be required in many cases. Some flaring is authorized by the rule (which means the rule allows gas to be flared without the explicit authority of an exception issued by the Commission), and some flaring may be exempt from the rule. Examples of exempt flaring [Rule 32 section (d)(1)] include vapors from storage tanks, fugitive emissions, and blowdown gas during construction, maintenance, or repair. Examples of authorized flaring [Rule 32 section (f)(1)] include during the first 10 producing days after initial completion and in the event of a full or partial shutdown.”

For the purposes of this report, the authors ignore or reject the RRC’s code and regulatory authority, making it unsurprising that one of Earthworks’ recommendations is to remove the authority to grant permits and give it to an "impartial panel whose members have no oil and gas interests.”

Fact #3: Flaring regulations are getting stricter in Texas.

Since the flyovers took place, RRC has been in the process of updating its flaring regulations for more clarity on permissible exemptions and “better data collection and analysis.” Unsurprisingly, Earthworks dismisses these efforts in the report because they don’t account for the so-called illegal flaring identified by the group that RRC has thoroughly disputed.

In July, RRC released an analysis of Texas’ flaring trends finding that not only did flaring intensity fall 71 percent from June 2019 to May 2021, but that the volume of flared gas decreased by 73 percent. Further, as RRC explained:

“The average percentage of natural gas flared has remained below 2 percent statewide since October 2019, making Texas one of the lowest in flaring rates among all large producing states in the nation.” 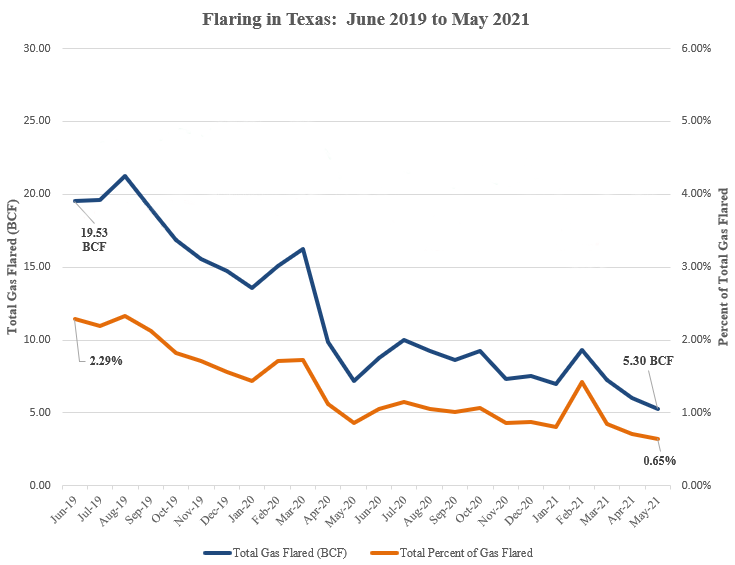 Earthworks claims in its report that RRC’s analysis is flawed because it leaves out “31 percent of flares” that are “not represented in the data,” despite the agency’s explanation of why that isn’t the case. Just because flaring may occur legally without an official permit does not mean the natural gas is unaccounted for when this happens. As RRC explains on its website:

“Operators are required to report to the Commission volumes of gas flared on their Monthly Production Report (Form PR). The Form PR must include actual, metered volumes of both gas well gas and casinghead gas reported by operators at the lease level.”

In a statement to Reuters, Shell confirmed that the operator has not "routinely flared in the Permian Basin" since 2018 while ExxonMobil's spokesperson Julie King said its Permian Basin flaring is at a "record low of less than 1 percent."

Separately, King said the Earthworks study is "inaccurate, deliberately misleading and omits important data.” King noted that the company’s “record low” flaring rate “is among the best in the industry.”

The report also ignores the considerable recent proactive efforts made by industry to address both flaring and emissions. For example, the Texas Methane & Flaring Coalition has pushed to improve the industry standard – most recently, aligning itself with the World Bank’s goal of reaching zero routine flaring by 2030. The Environmental Partnership, launched in December 2020, introduced a ‘Flare Management Program,’ where operators have committed to enacting best practices that reduce flare volumes and collect valuable data to calculate flare intensity as the key metric to gauge progress from year to year.

The reality is Earthworks doesn’t care that operators are making aggressive efforts to curb venting and flaring, because at the end of the day, they don’t want any oil and gas development, period.