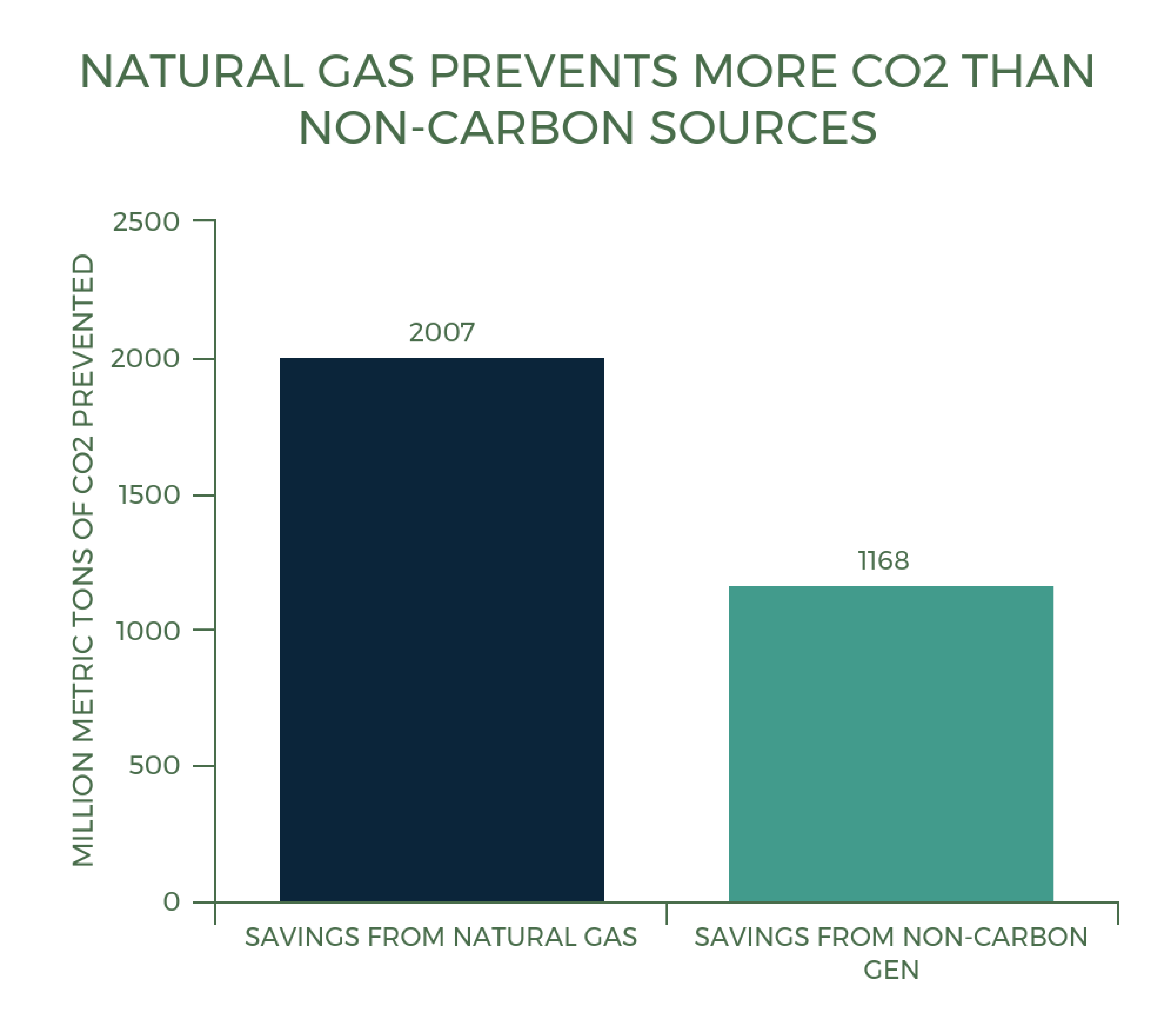 Since 2006, the power sector’s shift to more natural gas has prevented more than two billion metric tons of carbon dioxide (CO2) from being emitted. Over the same period, renewables and other “non-carbon generation,” such as nuclear power, have provided a savings of about 1.2 billion metric tons. In total, natural gas delivered 72 percent more carbon savings than did renewables and nuclear power combined.

The shale gas revolution – made possible by technologies like hydraulic fracturing (fracking) and horizontal drilling – has unlocked enormous new supplies of natural gas in the United States, driving down prices and making the fuel more attractive for power generation. As one of the cleanest burning major power sources, increased use of natural gas has also helped reduce air pollution.

Texas is currently the largest natural gas producer in the country, as well as the largest consumer of the fuel. Within the region covered by the Electric Reliability Council of Texas, which manages 90 percent of the state’s electric load, 52 percent of all power generation capacity comes from natural gas. From 2000 to 2014, per capita CO2 emissions in Texas declined by 23.6 percent.

Recent reports have also shown that Texas may have significantly more natural gas than previously thought. Within the Permian Basin of West Texas, the U.S. Geological Survey (USGS) found that the Spraberry Formation may hold as much as 3.1 trillion cubic feet of undiscovered natural gas resources, an increase of 1,100 percent over the agency’s last assessment in 2007. The Haynesville and Bossier Formations, which include parts of East Texas, may hold more than 300 trillion cubic feet of recoverable natural gas, according to the USGS.